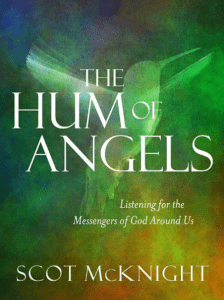 The questions need to be ours, especially as we approach a day of rest:

Whatever happened to a world in which kids get muddy, get dirty, get messy, and heavens, get bored? Do we have to love our children so much that we overschedule them, making them stressed and busy — just like us?

What happened to a world in which we can sit with the people we love so much and have slow conversations about the state of our heart and soul, conversations that slowly unfold, conversations with pregnant pauses and silences that we are in no rush to fill?

Tell me you remember you are still a human being, not just a human doing. Tell me you’re more than just a machine, checking off items from your to-do list. Have that conversation, that glance, that touch. Be a healing conversation, one filled with grace and presence.

Put your hand on my arm, look me in the eye, and connect with me for one second. Tell me something about your heart, and awaken my heart. Help me remember that I too am a full and complete human being, a human being who also craves a human touch.

For a link to the Hum of Angels.

What’s the most cherished verse of the Bible? For many Christians, it has to be John 3:16: “For God so loved the world, that he gave his only begotten Son, that whosoever believeth in him should not perish, but have everlasting life.” It’s so popular that it has season tickets to sporting events. If you watch football, you’ll see it, with its own placard, right there behind the goal post: JOHN 3:16. (I didn’t happen to see it at the Super Bowl, but I bet it was there, in one heck of an expensive seat.)

Today I’ll recommend that Christians memorize another 3:16 verse of the Bible: Exodus 3:16.

Why Exodus 3:16? Because it speaks to the heart of American politics. More important, it shows us the heart of God.

God and Moses are in an intense conversation about the plight of ancient Israel, in the course of which God confesses, “I have heard them crying out because of their slave drivers, and I am concerned about their suffering. So I have come down to rescue them from the hand of the Egyptians and to bring them up out of that land into a good and spacious land, a land flowing with milk and honey” (Exodus 3:6-9).

As if Moses might have missed it, God says a second time, “And now the cry of the Israelites has reached me … and I have seen the way the Egyptians are oppressing them. So now, go. I am sending you to Pharaoh to bring my people the Israelites out of Egypt” (Exodus 3:9-10).

Then a third time, in Exodus 3:16-17, God says it again: “Go … I have watched over you and have seen what has been done to you in Egypt. And I have promised to bring you up out of your misery in Egypt into … a land flowing with milk and honey.’”

If repetition is a clue to commitment, then we see deep into God’s heart here.

Third time’s a charm, isn’t it?

Not for everyone. Here’s the kicker—and what’s got me worried.

About 8 chapters and 10 plagues later, it’s not the Israelites who cry out—but the Egyptians. There is “loud wailing throughout Egypt—worse than there has ever been or ever will be again” (Exodus 11:6). That word, wailing, is the same Hebrew word as cry in Exodus 3:7. Only now it’s the Egyptians rather than the Israelites, the powerful rather than the poor, who cry out.

CLARK, N.J. — Parents raise their children hoping they will grow to stand up for what is right, and players on a fifth-grade coed basketball team in New Jersey made their parents proud this past weekend.

Teammates decided unanimously they would rather forfeit the rest of their season than continue playing without the girls who were part of the team.

Many of the players on the St. John the Apostle Parish School team had been playing together since second grade, and this season the squad was comprised of nine boys and two girls.

The coed team had played 10 games so far this season with no one raising an issue about league regulations on age and gender.

Two weeks ago, league officials said the team had to forfeit those first 10 games, citing league rules that they should never have played as a coed team, according to Matthew Dohn, a parent whose son plays on the team.

Pastor, why do you park so far away?

I, along with the rest of the Transformation Church staff, park the farthest away from our building. We do this to make a statement to the “Transformer Family” and to our guests: servanthood is the essence of leadership and the heart of what it means to be an apprentice of Jesus.

Embody What You Want Others to Become

If you did a basic Google search, I’m sure you could come with up 50 different definitions of leadership. Out of the ministry soil of my own life, unearthed by God’s shovel of grace as He as excavated my self-focused, hard heart, I’ve come to define leadership this way: Leadership is embodying what you want others to become.

I want Transformation Church to be a community of servant-leaders. I believe this is Jesus’ heart for His people.

What is greatness according to Jesus?

Jesus’ disciples argued about who would be the greatest in His Kingdom (Luke 22:24-27). He embodied to His leaders (apprentices) great leadership by washing their dirty feet (John 13:5).

In the First Century Greco-Roman World, washing the feet of guests entering a home was the dehumanizing job of the lowest servant in the home. For a Jesus-follower, a leader stands high by serving people.

Pastors, we are not rock stars and CEOs. Instead, we are called to shepherd and care for God’s people as servant-leaders (1 Timothy 3:1-7).

1)     Leader, people don’t exist to serve you. You exist as a leader to serve the precious people God entrusted to you to care for.

2)     Leader, people are not pawns to be played so you can fulfill and unleash your dreams.

3)     Leader, don’t surround yourself with people who are in awe of you or who depend on you for their economic well-being.  If you do, they will not challenge you or hold you accountable. This is a recipe for disaster; for you, for them, and the precious people you lead.

While in seminary I had a professor who once told us that he only prepared for 75% of class time. It was his expectation that in the other 25% the Holy Spirit would do something that needed to be done in that class. Likewise, one of the most important sources of power that we have as church planters is the power of the Holy Spirit in what we are trying to do. I know that you know that you cannot accomplish this task of starting a new church on your own – that you need God to work through you for this to be done and done right. But I wonder, sometimes, if we truly understand how much God wants to do in our church plants, particularly in the area of developing internal community, through the power of the Holy Spirit—if only we will allow God to work.

Stone Soup, one of many:

It’s a crisp Monday morning in January, and the week is just starting at Stone Soup in Chicago’s Uptown neighborhood. In the big open kitchen, a few residents make themselves a bowl of cereal or cook up some eggs for breakfast, while others give a quick goodbye as they leave for work. Someone takes a peek into the washing machine to see if it’s free.

It’s a common scene playing out in apartments across Chicago. But at Stone Soup, one of about two dozen intentional communities in and around the city, there are a few telltale signs that things are a bit different.

The pile of shoes at the front door is enormous, as you’d expect when 17 people live together. At the end of a long kitchen table, a tray of chickpeas is sprouting in preparation for one of the communal dinners residents share five times a week (always vegetarian with a vegan option).

Hallway walls are plain white and mostly bare. Stone Soup set down roots in this space just last year, after being housed in a former convent since being founded nearly 20 years ago, and it takes a bit longer to decorate when decisions are made by membership consensus.

Not unlike some missionary stories — boarding school syndrome: [yes, you guessed it; this is from Kris, as are others]

What is Boarding School Syndrome?

Boarding School Syndrome is not a medical category, but a proposal that there is an identifiable cluster of learned behaviours and emotional states that may follow growing up in boarding school, which can lead to serious psychological distress. These can include depression, difficulties in forming relationships, and emotional numbness. It’s the term applied to the long-term impact of boarding school.

Therapists need to understand and be aware of these symptoms in line with a client’s background in the schooling system, which may help them to identify and treat ex-boarders.

Ten years ago, when we first got word of your gift to the foundation, we were speechless. It was the biggest single gift anyone ever gave anybody for anything.

We knew we owed you a fantastic return on your investment.

Of course, philanthropy isn’t like business. We don’t have sales and profits to show you. There’s no share price to report. But there are numbers we watch closely to guide our work and measure our progress.

Our goals are shared by many other organizations working to save and improve lives. We’re all in this together. So most of the numbers we look at don’t focus just on how we as a foundation are doing, but on how the world is doing—and how we see our role.

Warren, your gift doubled the foundation’s resources. It’s allowed us to expand our work in US education, support smallholder farmers, and create financial services for the poor. But in this letter, we’re going to tell you about our work in global health—because that was the starting point of our philanthropy, and it’s the majority of what we do.

We’ll tell the story through the numbers that drive our work. Let’s start with the most important one….