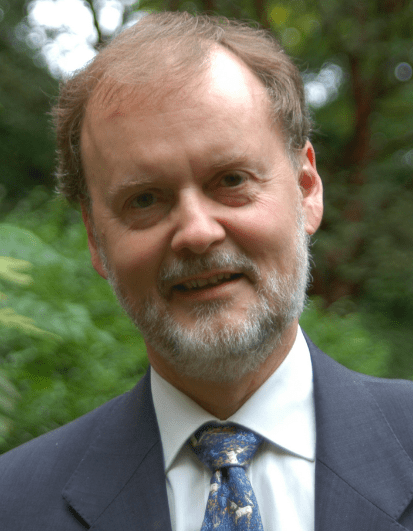 EARLY CHRISTIANITY: A BOOK WORTH READING!

Larry Hurtado is Professor Emeritus of New Testament Language, Literature and Theology at the University of Edinburgh (Scotland). Hurtado is the author of several well-respected works including the seminal Lord Jesus Christ: Devotion to Jesus in Earliest Christianity.

The following interview revolves around one of Hurtado’s latest books, Destroyer of the gods: Early Christian Distinctiveness in the Roman World.

Scot McKnight did some blog posts on Destroyer of the gods. They can be accessed here: http://www.patheos.com/blogs/jesuscreed/2016/10/21/not-what-you-think-it-is/ and here: http://www.patheos.com/blogs/jesuscreed/2016/11/07/counter-cultural-god/ Scot also picked Hurtado’s book as one of Jesus Creed’s book of the year for 2016. Tim Keller said Destroyer of the gods was one of the best books he read in 2016.

Moore: The previous year saw not only Destroyer of the gods published, but your lectures at Marquette were published under the title Why on Earth Did Anyone Become a Christian in the First Three Centuries? https://www.amazon.com/Christian-Centuries-Marquette-Theology-Lecture/dp/1626005044

Would you briefly describe the general terrain you cover in each book?

Hurtado: In the Marquette Lecture volume, I focus on the question in the title. I emphasize the social and political costs of being a Christian in the earliest centuries, and contend that many attempts to answer the question are banal. I don’t attempt a full answer myself, but urge that scholars should take the question more seriously.

Moore: Now to Destroyer of the gods…It is commonplace to hear that “all religions are basically the same.” How do the origins of Christianity stand up to such a notion?

Hurtado: I offer early Christianity as a case-study to show that the phenomena that we group under “religion(s)” comprise a somewhat artificial category, and that “religions” are not “all the same.” In its Roman-era setting, for example, Christianity was so different that critics of the time referred to it as a “superstition” (meaning a bogus or dangerous religion). Also, some modern scholars contend that in terms of what “religion” was in that setting, you can’t even call Christianity a religion. It had no shrines, no altars, no image of its god, no sacrifices, no priests, all these things typically deemed essential features of “religion” of that time.

Moore: There are many stunning insights in your book and none more so than the observation the ancient physician Galen made. Galen was unimpressed with the philosophy of Christianity, but he was complimentary towards the quality lives Christians led. Galen’s strong bias was that only the rigors of philosophical training could yield virtue.   Would you unpack that some more for us?

Hurtado: Galen recognized, with some considerable puzzlement it seems, that Christians exhibited the virtues that he associated with the discipline of philosophy. They practiced moderation and chastity in marriage, for example, and he was puzzled at how they were able to do so. His comments are a kind of back-handed compliment, I suppose. But his observations reflect one of the distinctive features of early Christianity. Roman-era religion was mainly about ritual actions vis-à-vis the gods, and there was little to do with ordering behavior otherwise. Early Christianity, like Roman-era philosophical traditions, laid emphasis on everyday behavior, about how to live your life.

Moore: After reading what you said about Galen I thought of Justin Martyr who was impressed with the philosophy of Christianity. What did Justin see that Galen didn’t?

Hurtado: Justin’s testimony about becoming a Christian is that he had been searching various philosophical traditions of the time, and then accidentally encountered a man who posed questions that pointed Justin in a new direction. The man was likely a Christian. Justin also says that he was impressed in his study of the Old Testament, at the seriousness and contents of these writings, and became convinced that Jesus fulfilled these texts.

Moore: It’s become somewhat of a self-evident truth that early Christianity only appealed to the down and out. Is that accurate to the historical record?

Hurtado: For several decades now that old notion has been discredited among scholars of early Christianity. Studies of the people named and described in earliest Christian texts show that, right from the earliest years, they included craftsmen, merchants, and owners of businesses. Of course, there were also slaves and poor among believers. By at least the second century, there were also believers from upper levels of Roman society. That upward progress socially is likely part of what prompted pagan sophisticates such as Celsus to attack Christianity so vehemently.

Moore: When most think of religion, they assume this means ascribing worship to some superior being. Was this always the case with early Roman religions?

Hurtado: “Religions” of the Roman world varied. Most of it was ritual practices. There were periodic occasions when cities honored their guardian deities with sacrifices and ceremonies, to ensure that they stayed happy and kept the city safe. There were daily rituals honoring the household divinities, with a similar concern. There were rituals honoring the deceased emperor, also the living emperor (and sometimes members of the imperial family), again, recognizing them as powerful figures. There were also newer developments such as the Isis cult, which seems to have involved more of what looks to us like adoration of the powers and kindly attitude of this deity. But, in the main, “worship” was really sacrifices and gifts to the gods to maintain their good will.

Moore: In both your latest books you mention the work of Rodney Stark, author of many works including The Rise of Christianity.   Stark is not trained as a scholar of early Christianity so how you think he does in sifting through the historical record?

Hurtado: I think that he puts his foot wrong on some things where he simply wasn’t sufficiently current on scholarly developments. But I think he makes a substantial contribution to the study of early Christianity in posing the kinds of questions that he pursues (which reflect his social-science background). I also think that his studies of new religious movements in the modern world give us some insights into the kinds of questions that we can ask about early Christianity.

Moore: What is your next book project?

Hurtado: My immediate writing plans are a series of essays for various conferences and multi-author publications. I’m also pleased that there are two separate volumes of selections of my previously published articles working through the press right now. One (to appear in the Library of New Testament Studies series from Bloomsbury T&T Clark) brings together several of my articles on early Christian manuscripts. The other is a much larger collection of studies of early “Jesus-devotion”, to be published by Baylor University Press. These projects take me well into 2018. Beyond that, at present I have some ideas, but nothing started yet.

[Larry Hurtado is an active blogger at https://larryhurtado.wordpress.com/ As one who consults it on a regular basis, I can attest to the treasure trove of materials available there. I will also add that Professor Hurtado has always been quick and gracious to answer my queries about topics related to New Testament scholarship.]

February 19, 2017 Prayer for the Week
Recent Comments
3 Comments | Leave a Comment
"Curious as to why my comment was deleted? Here it is again for all who ..."
zfari Go Home or At Home?
"From my experiences, a God who has a Gender, a Sex, and a Biological Orientation... ..."
Kyllein MacKellerann What to Say When Someone says ..."
"What is the "final destruction of sin" please?"
Bob Shiloh What to Say When Someone says ..."
"Dr. Fitch, you write the following regarding the resurrection:Of course, Cone is focused on the ..."
J.R. Miller David Fitch, James Cone: Liberation Theology ..."
Browse Our Archives
Related posts from Jesus Creed