What I Learned in Seminary: Doubt is Overrated 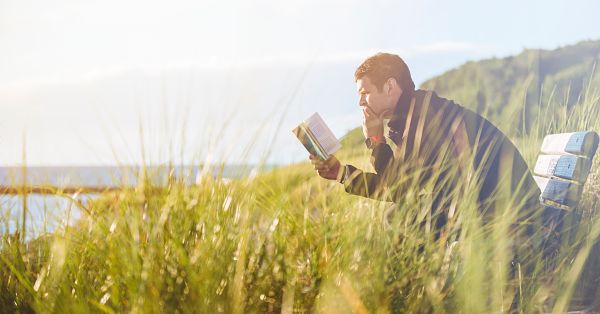 By Mitch East, currently the preaching intern at the North Atlanta Church of Christ

One summer during graduate school, a college minister asked me to speak at a retreat for his students. The retreat would deal with the students’ questions about Christian faith. On the first night, I shared four questions with which I had wrestled. I prompted the students to write their own questions on slips of paper and place them in a bowl. I told them I would answer their questions.

That night, I sat down with the tiny slips of paper, prepping to address them in the next speech. As I read the questions, a lump formed in my throat. The students asked about sexuality, the Bible, addiction, church doctrine, and depression. First of all, I knew I needed months to prepare, but I only had a day. Second, I felt like a fraud. Was I really about to pretend like I had the final say on these subjects? Even attempting answers would be a disaster.

So for the next speech, I didn’t address any of their questions. I talked about “living in the mystery” and “living with your doubts.” I made sure to be biblical: I talked about Job and Jesus, whose prayers didn’t receive clear answers from God. But I looked out into a frustrated audience.

Now, I’m not clueless. I’ve given my fair share of bad speeches. But this was one of the rare times I knew exactly why the students were not tracking with me. They were mad. I told them to ask questions, promised them I would answer, and despite my promise, I did the exact opposite. I avoided every question they had.

You might think I shouldn’t have promised answers at all. I thought the same thing until the college minister talked to me after the speech. He looked at me with a one-of-a-kind look that criticizes without cutting down. He said, “Mitch, you can live in mystery all you want, but my students have to live their lives. Try to answer their questions.” He walked away.

His comment stung a little, but he was right. He knew his students better than I did. I had to change course, so I prepared to answer their questions to the best of my ability. Trust me: the third speech was much better than the second.

A student in seminary once told me, “In this department, it’s not if you have a faith crisis, but when you have a faith crisis.” At the time, I laughed. He was right plenty of students had faith crises during the program. But since then, his words have stuck with me – but not for good reasons. He sounded proud about it, as if it were a badge of honor. A friend of mine calls this trendy doubt. Someone with trendy doubt rolls his eyes and says, “How cool is that we don’t have silly faith like we used to?” This is the kind of trendy doubt that led me to avoid people’s legitimate questions.

Of course, not all doubt is trendy. Some doubt comes from suffering or wrestling with difficult topics. This kind of doubt wonders if God really exists, is really good, is really worthy of trust. I’ve been there myself. I can remember those questions buzzing around in my head after a visiting a teenager’s family after he overdosed. So while I think that these doubts are real (and okay as far as they go), they are also part of a modern condition.

Here’s what I mean. Before the modern period, plenty of Christians went through deep suffering and did not experience doubt. It’s not as if we know from our modern perspective they were really doubting God, but on the surface they were playing pretend. For example, Christian slaves faced immense suffering (suffering that I can only read about) and didn’t doubt God like I have. In fact, they would think it’s strange that I have doubted God in the midst of suffering.

Their great faith doesn’t mean my doubt is illegitimate or grounds for my excommunication from church. But doubt can’t be a “necessary step” for Christians. Doubt is real and, for some Christians, more intense than others. But that’s why faith is a gift. And that’s why doubt is not something that those who have great faith have missed out on.

That would be like saying the point of the story of Thomas is that we must imitate his doubt. But the point is that Jesus has great mercy for Thomas despite his doubt. What else could “stop doubting” mean? Jesus says to him, “Blessed are those who have not seen and yet have believed.” In other words, Jesus gives Thomas a gift that other people will not experience, and Jesus blesses those who don’t have what Thomas had and yet still trust.

My point isn’t to bash doubters, but to challenge ministers. My point is that I was wrong. I’m the minister who told college kids to “live with doubts” and “live in the mystery.” Jesus might call me someone of little faith. If that’s the case, then instead of telling people to “live with doubts,” I should discern people’s different situations and do my best with what I know. Sometimes, a new Christian doesn’t know what her church teaches on a subject. She asks, I answer, and that’s that. Other times, a new Christian experiences a tragedy that leads to doubt, and he can’t rid his mind of his doubts about God. I walk alongside him in the tragedy and do my best to answer his questions as they come. Ministers must pastor both of these Christians.

But the need to pastor both doesn’t mean we need to universalize one of their experiences for the other. The former doesn’t need to doubt – she’s simply asking for clarification. I know the distinction between “doubting” and “asking for clarification” isn’t easy to make in real life. I also know that these situations require something more sensitive than “Get over it and have faith!” But we shouldn’t assume every Christian must be like Thomas to be faithful.

I should admit: I didn’t learn this lesson in seminary. I actually learned this lesson from a minister of the church – and I just so happened to be in seminary at the time. But looking back, I remember professors who practiced what the college minister was asking for. They didn’t pretend they had the final word on every subject. They didn’t pretend like they knew more than they did. They were humble and confident women and men who answered questions the best they could in order to build up the faith. My professors practiced these things all the time, and I hope I can follow in their footsteps.