Should Pastors Know about Giving in the Church?

Should Pastors Know about Giving in the Church? August 4, 2017 Guest Contributor

[For a solid academic book on what Paul taught about money and charity, see Bruce Longenecker, Remember the Poor.]

I’ve heard it and you’ve heard it: Jesus talked more about money than he talked about heaven and hell combined. The Bible repeatedly addresses money issues. With all that, a good friend known for informed conversation, told me that less than 1% of USAmerican pastors preach about money. Yes, I did my two sermons a year on giving. I cranked out the hackneyed stewardship sermons about the “3 Ts” —time, talent, and treasure. I muddled on about tithing as a baseline amount and that Paul called for proportional giving (1 Corinthians 16:2) and, yes, for generous, hilarious giving (2 Corinthians 9:7). While pastors may say to the congregation—“If you’re not giving generously and cheerfully, don’t give”—those pastors pray to God that the people don’t take them up on it.

Consider tithing. With some arsenal of biblical content, a pastor can call for the folks to give 10% of their income. The story goes like this: “The Bible commands tithing. For some of you that may be a stretch, even a pinch. So, do this. Give what percentage you can, say 6%, yet aim to increase it a percentage point as ‘God blesses you.’ With patience and perseverance you will soon reach the 10% mark.” Meanwhile, the wealthy people sit smiling in the congregation and hilariously give their 10%. “What’s all this about sacrificial giving?” the wealthy wonder.

The old saw was ‘we don’t talk about religion and politics.’ Well, kiss that good-bye. What we don’t talk about is money. You would think that evangelical pastors who admire what Jesus talked about and who seek to imitate his Way, would step up to make clear and simple what Jesus taught. With Jesus standing up for them, pastors with confidence could launch into a series of sermons on money, giving, generosity, the poor, greed, financial injustices. The mute button is on for the money talks.

Let’s up the ante. A celebrity pastor offered a day-long talk on church finances. He promoted an idea I had never heard before; not in Bible school, in seminary, or from any other pastor(s). He began a practice early in his ministry of knowing the names of people in his church and the amount of money they gave. With this knowledge, he would make appointments with people and talk openly about their giving. I experienced ecclesial culture shock. This pastor’s approach was an invasion of financial privacy. Didn’t Jesus himself say “don’t let your left hand know what your right hand is doing” when you give to the needy (Matthew 6:3)? Why, then, should the pastor know? Didn’t Jesus give “the right to privacy” clause within all that the Bible teaches about money?

Wait. Didn’t Peter know details about Ananias’ and Sapphira’s giving in Acts 5? Aren’t there some serious discipleship realities connected to that story? At least one person in the church knows what we give—the financial secretary. We do want that year-end tax deductible amount report. Why shouldn’t the pastor know as well? Question: Should a pastor know what the people in the church give? Let’s hear from you. 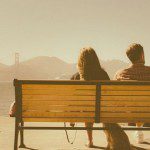 August 5, 2017 Weekly Meanderings, 5 August 2017
Recent Comments
101 Comments | Leave a Comment
Browse Our Archives
get the latest from
Evangelical
Sign up for our newsletter
POPULAR AT PATHEOS Evangelical
1