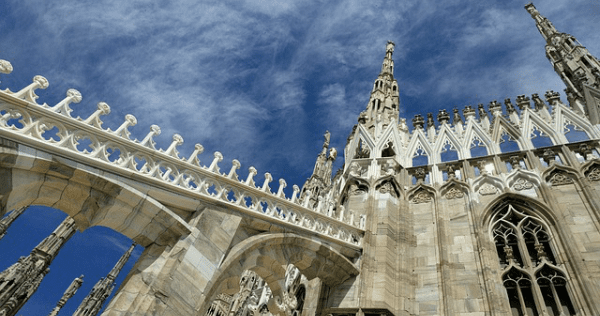 Constantine, the first Christian emperor of the Roman Empire, is a monumental figure—a hero in some circles and villain in others. Leithart seeks to set the record straight, or at least straighter, by providing a measured, historical analysis of his life and reign as emperor.

Constantine has come under increasing fire over the last 30 or so years, due in large to the work of John Howard Yoder and Stanley Hauerwas. And as the book unfolds, it is clear that Leithart is primarily attempting to defend Constantine against Yoder and Hauerwas.

He succeeds in many ways. In particular, he exposes some glaring inadequacies in Yoder’s historical analysis. Leithart’s basic thesis is that there was no “Constantinian shift” wherein the church wholly succumbed to the temptations of the empire:

And Leithart certainly scores some points here. Yoder was not the careful historian that Leithart is. Yoder had a tendency to exaggerate claims for the sake of making a bigger point. And most importantly, Leithart allows us to get into the shoes of both Constantine and the 4th century church. It’s hard for us to imagine how monumental a change Rome’s “conversion” was, and some are prone to be overly critical of both Constantine and his Christian contemporaries. Leithart paints a sympathetic portrayal of Constantine. He had flaws—serious, terrible flaws—but perhaps he wasn’t the cold, calculating, blatant hypocrite some have alleged. And perhaps 4th century Christian leaders weren’t the toady, groveling stooges some have alleged. Some were, but many weren’t, and many stood toe to toe with Constantine (like Athanasius).

Leithart should be applauded for his complex, nuanced portrayal of both Constantine and the 4th century church. I benefited greatly from it. And yet, I walked away from Defending Constantine with the sense that while Leithart might be right in some particulars, he loses the larger argument.

For example, Leithart, again and again, claims that the early church was not universally non-violent or anti-imperial, hence it is not possible for the church to have “fallen” into Constantinianism. Yet he never bothers considering that the church still could have “fallen” into Constantinianism so long as the early church had a bent towards non-violence and anti-imperialism that gradually became bent toward violence and imperialism in the wake of Constantine’s conversion. Take away some of Yoder’s more grandiose and hyperbolic claims, and the basic contention that the early church was primarily non-violent and anti-imperial stands virtually untouched by Leithart’s work here.

Toward the end of the book, Leithart makes a concession: he thinks Christianity ultimately destroyed the Roman Empire.

“In short, the conversion of the empire did not bond empire and church inseparably together. It had, as we would expect and Yoder would want, the opposite effect. It loosened the bonds that many Romans felt to the empire, even as it strengthened their bonds to another city, another kingdom, one that spilled far over the limits of the empire.” (292)

I agree with him. Christianity’s vision of a universal family of God is inherently corrosive of the relationships that hold an empire together. It relativizes all empires, and empires struggle to survive when relativized. And if the gospel is inherently corrosive of the relationships and ideologies that hold an empire together, is it not fair to say the gospel is inherently anti-imperial? Is it not fair to say that the gospel Jesus and Paul preached was inherently anti-imperial? Leithart is an honest and thorough enough historian that he paints himself into a corner he’s gone to great lengths to avoid. He does not seem to acknowledge this.

Leithart also takes Yoder to task over Yoder’s reading of Jeremiah. According to Yoder, Jeremiah, in particular Jeremiah 29, provides the definitive Christian posture toward the world: “Jeremiah’s vision for Israel in exile was neither an effort to ‘Hebraize’ Babylon nor a retreat from cultural engagement.” (294) Yoder does not shy away from criticizing the “standard” OT perspective wherein the goal of God in history is the re-establishment of a Christian empire. And Leithart does not shy away from criticizing Yoder for failing to realize this isn’t merely the standard account; it is the canonical account, seeing people like Ezra and Nehemiah and their imperialistic aspirations as the fulfillment of prophecy.

And this is all true. But miraculously, Leithart never mentions that the “canonical” account—the hope for a revived Christian empire with a literal restoration of a Davidic dynasty in the land—is precisely the accounting that Jesus categorically rejected. And Jesus’ rejection of the canonical account is one of the primary reasons Jesus himself was rejected. So if Leithart wants to criticize Yoder for rejecting the “canonical” account, he ought to at least explain how Yoder is not simply following a tradition set forth by Jesus.

“It may seem that Yoder has finally won the day. Perhaps he lost the historical argument but wins the theological one. If Jesus and the Sermon on the Mount are central to Christian political theology, does that not mean Yoder is correct that the only Christian politics is the politics of the church?…Does that not mean Constantine did in fact betray Jesus when he welcomed the church and set down his sacrificial knife but refused to sheath his sword?” (333)

He recognizes that Yoder’s core argument is that faithfulness to Christ requires nonviolence. Everything else Yoder says flows from this conviction. And though Leithart has done much to set the historical record straight on Constantine, none of that has really touched Yoder’s foundational conviction. Realizing he must lest his historical rehabilitation of Constantine crumble before the theological strength of biblical nonviolence, he attempts to rebut Yoder theologically, albeit briefly.

I don’t mean to be too hard on Leithart here. Defending Constantine is primarily a historical book. But it is a historical book with a theological agenda, and the theological justification Leithart offers for Christian violence is as sorely lacking in depth and nuance as Yoder’s historical criticism of Constantine was. He offers a telling of the biblical meta-narrative wherein he suggests it is a story of God’s holy war. God is a holy warrior. God desires we become holy warriors like him. God’s goal is to bring us to a place of maturity wherein we can be trusted to use the sword righteously. For one who I assume believes in total depravity, Leithart is remarkably optimistic about our ability to be righteously violent. Which leads to perhaps the most troubling thing of all.

Leithart isn’t merely arguing that Christians are not called to nonviolence. Rather, he’s further suggesting that violence and killing are an essential part of the Christian calling. I really don’t know how else to interpret his holy warrior narration of the biblical story on pages 333-336.

He then treads out the lazy Marcionite comparison, suggesting those who allow the NT teaching on nonviolence to trump the OT are following in the footsteps of Marcion, the vicious anti-Semite who rejected the OT and parts of the NT because of its Jewishness. He accuses those who reject violence as not letting the OT be “normative.” He glosses what it means to read the OT “normatively” in light of the fact that Scripture is an unfolding story wherein God is progressively revealed. He tends toward reading the Bible as a “flat book”, wherein all parts are equally authoritative. It’s dubious whether such a reading is theologically coherent, much less biblical. Thus Richard Hays, in his landmark work, The Moral Vision of the New Testament, says, “The New Testament’s witness is finally normative. If irreconcilable tensions exist between the moral vision of the New Testament and that of particular Old Testament texts, the New Testament vision trumps the Old Testament.”

Leithart doesn’t touch the firm NT teachings opposing violence (Matthew 5:43-48, Romans 12), with the exception of the vague suggestion that turning the other cheek wasn’t about self-defense because it was about honor and shame. For such a wonderful book (and I mean that—Defending Constantine is a wonderful book), it is a weak closing.

In the end, Leithart defends Constantine and does it well, but his attempt to defend righteous violence is far less successful. And we’re left with the perennial question of whether we think the Jesus who hung on a cross, forgave his enemies, and told us to do the same also told Constantine to kill his enemies to establish a Christian empire.

September 19, 2017 If You Don't Know Sarah Ruden, You Should
Recent Comments
5 Comments | Leave a Comment
Browse Our Archives
get the latest from
Evangelical
Sign up for our newsletter
POPULAR AT PATHEOS Evangelical
1

The Doctrine of Original Sin as...
Cranach
Related posts from Jesus Creed