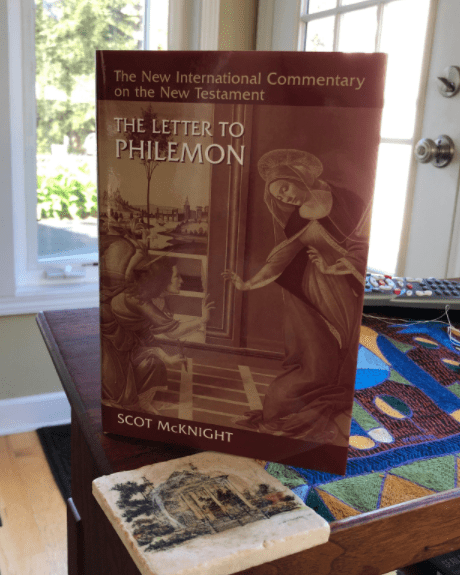 Some of you may know I have a new commentary out called The Letter to Philemon. I have never written a book more difficult to send on to the editor (Joel Green) and publisher (Eerdmans). I enjoyed it so much I wanted to keep on working on it, but I was done.

#1: Slavery has immediate connections to our world.

How Philemon treats his slave Onesimus puts the Christian gospel and Christian ethics on the line.

In our world, any situation where status differentials are at work is immediately addressed by Paul’s letter to Philemon.

In our world there are millions of slaves, and this letter tells Christians in cultures where there are slaves to fight for the brothers and sisters and to establish cultures where siblingship not slavery becomes the norm. (I have a long section in the book on modern slavery; this section was researched by Justin Gill, an assistant of mine.) We may not have slavery as some cultures today but we’ve got status differentials not unlike slavery.

Racism, white nationalism, populism, elitism, marginalization, power differential, economic privilege, economic power, political power … I could go on but I leave you to fill in the blanks. Paul’s letter to Philemon addresses each of these and many more situations.

#2: Power is perennially a problem.

This point is entailed in #1, but power itself deserves to be addressed. It is too easy to create a culture of power and authority that becomes a culture of authoritarianism and inequality and injustice. It is far harder to create a culture where power is surrendered for the good of the other. “No longer a slave, better than a slave, a sibling.” Power that is not used to create cultures of siblingship are not Christian cultures.

#3: Reconciliation is the message.

The slaveowner Philemon had options: he could punish Onesimus and in that punishment implicate any other slaves connected to Onesimus. He could diminish his status in a number of ways. Philemon could “bring justice” to use the language of so many in our culture.

What was Paul’s message? Welcome him as you would welcome me, he tells Philemon. Which means Paul wanted reconciliation: he wanted Philemon to welcome, to embrace, to forgive, to restore, and to reconcile. To start all over again, but no longer as a slave and no longer as a slaveowner. To start all over again as siblings — Paul, Philemon, Onesimus. Three brothers, not three levels of power or hierarchy.

#4 Decision is the implication.

What is perhaps most amazing about this letter, and what is most needful for churches today in reading and preaching and teaching this letter is this: Philemon is put into the corner of decision by Paul.

The audience who heard this letter publicly read would have been asking all along: “What will Philemon say? What will he do?” This isn’t a theoretical letter about pre-emancipation theories about slaves. This is a pastoral letter from an apostle, who refuses to claim his authority (and so models what he wants Philemon to do), to a co-worker named Philemon who ran a household and who had slaves and who had power.

Paul asks Philemon in front of everyone: “What’s your answer, Philemon?” Or better yet, “How Christian are you, man?” Or for the whole audience, “How gospel-shaped will your household be?”

#5 The way of the empire is not the way of Christ.

A striking flash of a new way of life is found in Philemon: the way of the empire was most likely the way of punishment — from beatings and diminishment and permanent scarring and life-long shackles to capital punishment.

The way of Christ is conversion, is gospel, is advocacy for the runaway by the apostle, is sending him back to Philemon for Philemon’s decision, is confessions and forgivenesses and embraces and and reconciliations. The way to undo injustice is not to strike back but to offer the healing graces of reconciliation.

#6 The church is the location of kingdom realities taking form.

I am unpersuaded this was Paul’s agenda for the Roman empire. It was well beyond his scope. What he had in mind was something smaller and something deeper: No longer a slave, better than a slave, a brother.

Paul thought the local church was the embodiment of the kingdom, kingdom space taking root in Colosse itself. In tangible ways. In concrete realities. In real relationships. In turning the way of the empire into the way of Christ the kingdom of God would become visible to those with eyes to see and ears to hear.

Paul is not trying to change Roman laws — and that would take centuries of moral failure and ethical vision for the church to see through slavery to the radical reality of “no longer a slave, better than a slave, a brother.”

#7 Churches need to perform the letter.

It’s too easy to preach a sermon on Philemon and move on to Hebrews or to move to another Bible book. It’s too easy to teach a course on slavery and then fill in details about Onesimus and Philemon.

Instead, I suggest this: read yourself full of what we know about slavery (my Introduction has a lengthy study of slavery) and then read yourself full of how letters were read in the ancient world, and then instead of forming talking points about Philemon create Philemon’s household all over again and march this letter into the congregation/housechurch and then read the thing.

Get a Philemon to stand up in a corner; stand an Onesimus next to the reader, and call the letter reader Tychicus (our best guess); and don’t let the congregation sit there and take it in. Urge them to participate — to ooooh and aaaah and to ask questions aloud and to make comments from the peanut gallery and to express their opinions. First Century audiences didn’t sit like posh Christians in posh churches. They were minimally Pentecostal Amen-ers!

#8 Persuasion can be gentle.

Paul’s letter has an agenda: to get Philemon to welcome Onesimus back and to reconcile and perhaps even to send Onesimus back to Paul to support his gospel mission work. So he persuades.

Persuasive is the point. But Paul is subtle if not obvious to us: he pushes himself into Philemon’s presence and then backs off a bit, and then pushes back, and then gets emotional (I’m an old man, I’m in prison) and then pushes, and then says Don’t do this because I say so but out of love and Do this willingly and not out of duty and then, surprise of surprises, he says “Confident of your obedience.”

This back and forth, this pressure and letting up, this is gentle persuasion.

It’s all in Philemon’s lap, but Paul spells out the implications of the gospel and wants Philemon to get this right.

#9 An example of how to read a book in the Bible.

Philemon can be used to help people learn how to read a whole Bible book. Move then to a letter of John or to Jude or then to a shorter book like Philippians or Galatians then finally to Romans and Corinthians. Perhaps then on to a Gospel.

Reading each line in light of the whole book is possible for Philemon and it’s a good starting point for inductive Bible study methods. Also for historical context (study Roman slavery) and also for Paul’s house church movement of how they learned to live as Christians in an old institution: the house, the home, the family.

A slight beef: for a long time I’ve complained in classes that Philemon deserves to be more than an appendix to Paul’s letter to the Colossians. Which if you look at most commentary series it is.

But the messages are so, so, so different.

Furthermore, back #1, the entire theme of slavery that runs right through this letter is something of vital important today. I’m so glad Joel Green and Michael Thomson and Eerdmans approved turning this letter into a separate volume.

It’s been a marginalized letter and that is sad because Philemon provides a marginalized voice: the voice of a slave who stands silently next to Tychicus as the letter is read. The whole time Onesimus is reading the response on Philemon’s face and all the other slaves in the household and cheering for Onesimus. The slave gets to be a character in the performance of this letter and he deserves a place in our churches too: this time, No longer as a slave, better than a slave, a brother. 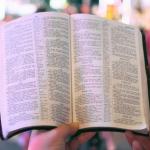