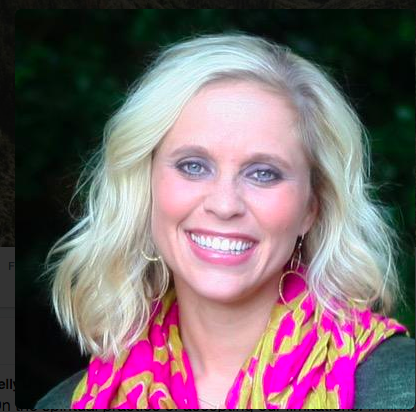 By Kelly Edmiston who is a minister at the First Colony Church of Christ in Houston Texas.

This final post is one in a series on trauma and traumatic stress. I have talked about trauma as what does not go away “after the storm” is over. This could be living in the aftermath of literal natural disasters, violent crimes or any other personal circumstance that was experienced as traumatic. You can read the first two posts here.

The most horrible day of my entire life occurred ten weeks ago. The smell of fried chicken and gravy filled the small kitchen where we sat. I can still hear the faint sound of the television in the background and my husband’s voice telling a story. My two-year old son had been outside on the ranch riding the four-wheeler, the gator and the horse all morning and he was thrilled at the recent news of getting to stay longer than expected. I held him in my arms as I delivered the news. “Yea! Thank you, Mommy,” He playfully yelled. He was on to the next activity now, off to the water trough to swim. “Come with me, Mommy. Come with me!” He pleaded. Two other adults were going so I decided to stay at the house. The baby needed to eat and it was too hot for this post-partum mama. “Mommy’s not going to go. I need to feed the baby. I’ll see you when you get back.” I explained. “PLEEEEEEEASE MOMMY!” He said, as he flashed a cheesy and playful grin at me. “No baby. I am going to stay here. I’ll see you in just a little bit.” I said. And off he went riding on the four-wheeler, having the time of his life as I walked inside.

It was cool inside the little ranch house, a nice break from the August West Texas heat. The old rickety couch slumped awkwardly when I sat. The springs were broken so I sat on the edge and propped the baby up on a dusty yellowed pillow. My husband and I always laugh sentimentally about the experience of going home. It is like stepping back in time.

A half hour later the back door slammed open as they brought my two-year-old son in the house screaming belligerently. “He’s had an accident,” they told me. I immediately took him into my arms and he buried his face in my chest. As I forced his face away from my chest to look at him, I saw a bloody mess. Where was all the blood coming from? His head, his lips, his mouth, his teeth…I didn’t know. Panic begin to rise in my throat and I was sure it would suffocate me as I realized his lips were bloody, swollen and disfigured. On the back of his head a golf ball sized lump had already formed. And his blood curdling, agonizing scream was like nothing I had ever heard before. I tried to stay calm as I told my husband to load up the baby, don’t forget the diaper bag, and let’s get in the car NOW. As we drove away from the little house and away from the smell of chicken and the cool AC, I saw the four-wheeler lying on its side near the tree that it hit right after it threw my son’s tiny body thirty yards in the opposite direction. It was completely totaled. The next 24 hours passed in a blur. Time seemed to move in slow motion as the CT scan came back and as he came out of surgery. I could not stop crying. I had no control over my deep gut-wrenching sobs. “He is ok,” they told me repeatedly. “He is going to be ok.” No internal bleeding, no head trauma, not even broken bones or teeth. “He is ok,” the doctors and my family told me. But I was not ok.

Today, if you look close or if you know the story you will see the scars on his little face from the accident. There are three right above his upper lip on the right side.

I can’t look at his scars without re-living this story. Scars become our stories. Some good and some bad. I could tell you lots of stories from my scars. I have a scar on my lower abdomen where a hernia was repaired on me as a 6-week old infant to save my life. I have a scar under my chin where I busted it open as I was jumping backwards into a pool at age 7 as I was playing with my cousins. I have a scar on my knee where I skinned it when I fell off my bike turning on gravel. My grandad was teaching me to ride and to this day I can hear him telling me, “Don’t turn on gravel, sweetheart.”

On the day of my son’s accident, I sustained scars far more significant than the three on his face or the ones currently on my body. There are scars on my soul left from that day. These are deep and unseen. If I were to tell their story, it would be one starring a horrified parent. A parent who is continually faced with the fear of not being able to protect her children.

Will they be ok?

Will it be fatal?

All questions I CAN. NOT. answer.

These are my soul scars. There is a funny thing about scars though. Scars may be our stories but our stories can also become invitations.

My soul scars from the worst day of my life have become an invitation as well. The invitation beckons to me to not let fear win. Do not let the terror, the trauma or the fear drive you away into self-protection, control and hiding. Because if it does you will miss your life. All of it. Sure, you may miss the bad but you will miss the good too. You will miss the laughter and the joy that came right before the accident with his cheesy silly grins. You will miss the deep breath of relief knowing he is ok. You will miss the sweet tender moments of placing goldfish in his mouth because he can’t get it passed his bloody and bruised, but healing, lips and needs his mama to feed him again. You will miss the light in his eyes when he realizes he can finally suck his thumb again and drink apple juice out of a straw.

My soul scars tell of a terrifying story about the worst day of my life but the story has begun to invite. Don’t miss it, the scars whisper. Show up. Be Brave. And don’t miss it.

This series is on healing from trauma and traumatic stress. It is inspired by my own experiences. I offer my own story and theological reflections not as an expert or teacher but as a sojourner alongside anyone experiencing trauma or traumatic stress. While my prayer is that it is helpful in shedding light on the realities of trauma, this series is not instructive or prescriptive. Everyone’s healing journey is radically different due to the great majority of traumatic experiences and I am in no way demeaning or simplifying that. For many, it is a life long journey. This series is a tribute to this journey, what Shelley Rambo calls the “middle space” between death and life.

The views and opinions expressed in this article are those of the author and do not necessarily reflect the policy or position of the First Colony Church of Christ.

Chris Tilling's Paul's Divine Christology
C. Tilling, Paul’s Divine Christology, (Eerdmans, 2015, 336 pages). There are not...
view all Evangelical blogs
What Are Your Thoughts?leave a comment
Copyright 2008-2020, Patheos. All rights reserved.