Baptism Of Infants, One More Time

How does one decide about baptism? Should we baptize adults only or should we also baptize infants of Christians?

Some of the leading edge of scholarship on this question, which requires not only good solid study of the Bible but also of the patristics, has been done by evangelicals (in a broad sense).

Once again, we turn to Kenneth Stewart’s fine book In Search of Ancient Roots.

Christians of orthodox faith are in general agreement that, as to what are considered as “primary” doctrines of our faith, we ought not to hold as theologically true what can be shown to be historically doubtful. When the apostle Paul summarized elements of the early Christian “kerygma” in 1 Corinthians 15:3-7, the thrust of his argument was that these elements of our faith (Christ’s death for our sins, his burial, and resurrection on the third day)—because faithfully witnessed—are necessary parts of our Christian confession.

Now the situation is admittedly more complicated when we come to consider what may be termed “second-order” doctrines of our faith. … In even these secondary convictions, we seek to uphold the principle that we should not hold as theologically true what may be shown to be historically doubtful.

So Stewart goes to the issue of infant baptism (which he affirms), thinking scholarship has been done well by evangelicals, and he turns to David Wright, a specialist on the topic, and Everett Ferguson, another specialist on the topic. Wright is Church of Scotland, whose views were chastened by his study over decades of study, and Ferguson is Churches of Christ, whose views were not chastened but confirmed by his study of patristics.

OK, something needs to be said. I have a book coming out next year called It Takes a Church to Baptize.

Here are their converging conclusions, from Stewart, pp. 129-131, who himself believes in infant baptism but thinks it was an optional practice that became more fixed over time:

The baptism of Jesus rather than baptism as administered in the apostolic ministries recorded in Acts was reckoned by early Christianity as the pattern or paradigm of Christian baptism.

Jesus neither commanded nor explicitly provided for the baptism of infants.

The household baptisms of Acts 16 and 1 Corinthians 1 will not bear the weight assigned to them by advocates of infant baptism. [This is mistaken because you have to ask (1) why one would even bring up “household” at all when a head of the household was baptized, (2) why it is the case in the ancient world that people’s religions were chosen for them by their parents and family and region and thus why there’s no clear demarcation between that custom and earliest Christianity, and (3) what “household” included when the term was used in the ancient world.]

There is no support to be found for infant baptism in the Didache or in the writings of those second-century leaders known as the apostolic fathers.

No church father before Cyprian (d. 258) proposed that the Old Testament circumcision of infant males found its fulfillment in the baptism of the infant children of Christians. Augustine later developed this idea further.

No major early Christian writer substantially addresses the question of the baptism of children before Tertullian (ca. AD 220), soon followed by Origen.

Infants suffering from life-threatening conditions probably provided the occasion that made baptism seem appropriate for the very young.

There is no biography of a church father in the opening centuries making plain that the individual (even if raised in a Christian family) received baptism in infancy.

Early Christian architectural remains indicate that pools or baths, supplied with moving water, were the normal venue for baptisms, which were administered by immersion or pouring; this pattern was departed from only in the fifth century (reflecting the universalizing of infant baptism), except in the East, in which immersion has remained the norm.

The theological writings of Augustine against Pelagius, by their exposition of the doctrine of original or birth sin, provided a plausible theological basis for the necessity of the baptism of the young. This theological necessity had not been so apparent earlier to writers like Tertullian.

Well, I’d want to include the following, mentioned by Stewart but these are early important texts on infant baptism:

Irenaeus: “He came to save all through means of Himself – all, I say, who through him are born again to God – infants, and children, and boys and youths, and old men” (Against Heresies 2.22.4).

Origen: “On this account also the church had a tradition from the apostles to give baptism even to infants. For they to whom the secrets of the divine mysteries were given knew that there is in all persons the natural stains of sin which must be washed away by the water and the Spirit. On account of these stains the body itself is called the ‘body of sin’”(Comm. on Romans 5.9.11 [on Romans 6:5–6]). 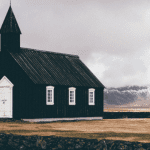