The Evangelical Preaching Of The Cross: Redemption

The Evangelical Preaching Of The Cross: Redemption March 19, 2018 Scot McKnight 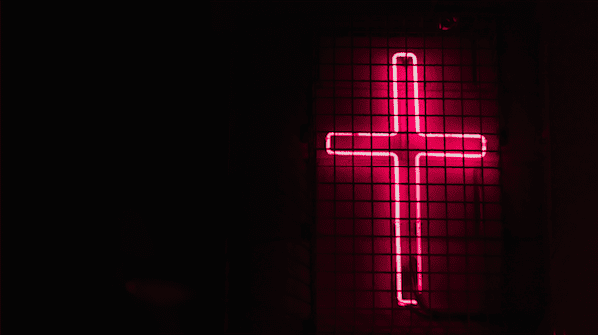 By Geoff Holsclaw: a professor of theology at Northern Seminary and pastor at Life on the Vine Christian Church. If you want to expand your understanding of Jesus’s death, Geoff is offering this free mini-course on The 3 Forgotten Reasons for Jesus’ Death.

Is Jesus’s death on the cross a substitution for our death? And if so, is it a penal substitution, where Jesus takes the punishment demanded by God?

These are the kinds of issues at stake when we think of the typical evangelical preaching of the cross. And few books have been more influential than Leon Morris’s The Apostolic Preaching of the Cross. While many preachers and pastors have not read it directly, they have been influence by Morris through the teaching of others in classroom or in the pulpit.

Morris sees Jesus’s death as a “penal substitutionary atonement” and marshals extensive words studies to support this. But after 60 years it is time to critique his method and his results. I’m not going to summarize/review the entire book, but rather highlight some of the most essential topics and exegetical arguments.

But first, on metal detectors and words

If you watch a show or movie with an early morning scene on a beach you will invariably see an old man off in the distance with a metal detector swinging back and forth.

Have you ever thought, “Nobody really does that. It’s just a cinematic trope, a cliche.” If so, I’m hear to tell you it’s not. As a kid growing up in California I would often go to the beach early in the morning to avoid traffic. And sure enough, I would regularly see old men (not usually women) with metal detectors sweeping the sands for lost treasures.

And what do metal detectors detect? Yes. Metal. Only metal. Those metal detectors only tell part of the story of that beach. It ignores the sand and other rocks that are there. It ignores any bits of wood or seaweed that might have floated ashore. And it ignores all of the animals living around there.

Metal detectors only tell a sliver of the story of what is happening on that beach—and probably not even the most important part of the story.

The same thing happens when we use the “word study” method to understand the Bible. Pulling up every use of a particular word (or word-group) and then compiling usage charts and meaning-clouds can be useful, but it also misses quite a bit of useful information.

The word study approach dominates Morris’s reading of the Old and New Testament (by his own admission in the preface), causing—as we will see—quite a bit of distortion.

The first word-group we are going to look at is “redemption” (from chapter one). This includes words like redeem, redeemer, ransom, and redemption in all their different forms.

Morris sees this word-group claiming a situation for humanity “likened to slavery, a captivity which man cannot himself break, so that redemption represents the intervention of an outside Person who pays the price which man cannot pay” (61). Certainly this is a correct theological statement.

But Morris worries that redemption is too often conflated with words like liberation, salvation, or deliverance. When we do this, according to Morris, we lose the emphasis on the “price” exchanging hands as the means of redemption/ransom (11). Morris relentlessly focuses on the price that is exchanged through numerous Old Testament texts. The drift of the argument is that the work of redemption (or ransoming or redeeming) always involves a substitute of one thing for an other as the price of redemption.

Redemption of Jesus as exchange of punishment

When Morris turns to Jesus as the ransom or redemption he quickly asks, “Why is the price Jesus’s death?” He finds support in Rom. 3:24-25 and Gal. 3:13-14 that this price is death as a punishment for violating the law (laying the ground work for his penal substitution view).

But this conclusion is based in his assumption that Rom. 3:25 is talking about a propitiating sacrifice (which Morris doesn’t discuss until chapter 5-6) and the assumption that the curse in Gal. 3:13-14 is an active punishment (penal) by God and not the result/consequence of our sin (something we would need to turn to Gen. 3 to answer, which Morris does not do).

Generally, Morris (rightfully) focuses on redemption as involving an exchange/substitution price, but then (wrongly) links this to punishment for violating a legal code. Morris generally reduces the impact of ransom metaphor (captivity) within legal metaphors (guilt). Morris, like J.I. Packer and Thomas Schreiner, always argues that penal substitution is the root or overarching metaphors in which all the others metaphors (economic, moral, politics) find their home.

Who receives the ransom price?

It is curious, however, that in his focus on the ransom price Morris never asks, “Who gets the ransom?” when God is paying it. For the redemption of Israel from Egypt, who does God pay? And for redemption from the Exile? And from sin? To whom is God paying this price? The difficulty of answering this question is often thought to be the weakness of the Christus Victor model of the atonement (i.e. Does God really need to pay off Satan to save us?). The fact that Morris never even considers this question is caused by his “word study” approach which never zooms out enough to look at the larger narrative framework of who is acting on behalf of whom.

If we were to look at the larger narrative framework we would see that when it comes to God acting on behalf of his people (when God is the subject of these verbs), the redemption language is functioning metaphorically. And Morris even to note this fact—though he resists its conclusion (see pages 21-24). God’s redemption of Israel in the Exodus and the Exile is very much a deliverance/liberation, but not really an exchange of objects of similar value. Indeed, when God is the subject of “redemption” words Morris notes that the most we can say is that God exerts a great amount of energy to redeem his people. So in this way redemption “costs” God something (his effort), but not in the substitutionary manner in which Morris typically argues for.

So Morris is right that a typical Greek speaker of Jesus’s time would understand “ransom/redemption” in economic terms as a payment to buy a slave their freedom. But according to the larger narrative lodged within the Jewish imagination over a millennia, the redemption of God is means exactly to liberate from an unjust slavery, it is to be set free from an oppressive bondage. Redemption by God is liberation—by whatever means God might use to accomplish it.

From words to stories

To conclude today, when Jesus says he will be a “ransom for many” (Mark 10:45), or when he links his death to the Passover, his followers were probably not thinking of his death as punishment for a penalty, but as his life given in some way for their liberation.”

Next time we’ll focus on the idea of covenant and how Morris understands this in relation to the death of Jesus.

(For a mini-course expanding your understanding why Jesus died, see The 3 Forgotten Reasons for Jesus’ Death — it’s a distilled version of my lectures at Northern Seminary on the atonement.)

Photo by Sean Mungur on Unsplash

March 19, 2018 Thinking Resurrection, Seeing Resurrection
Recent Comments
5 Comments | Leave a Comment
"I won't really describe myself as very knowledgeable on matters of faith but aren't you ..."
JonD Was Paul an Egalitarian?
"Pick a topic and your post will apply perfectly. Your critique of Christianity has some ..."
D Sims The Gospel of With Us and ..."
""I have found that since the first century there is the simple gospel that has ..."
Captain Cassidy The Gospel of With Us and ..."
"There is no such thing as "original Christianity." The first Christians were a confused, muddled ..."
Captain Cassidy The Gospel of With Us and ..."
Browse Our Archives
get the latest from
Evangelical
Sign up for our newsletter
POPULAR AT PATHEOS Evangelical
1

Sophist, Statesman, Philosopher? (The Sophist)
When the City is in Trouble  What to do when education has...
view all Evangelical blogs
What Are Your Thoughts?leave a comment
Copyright 2008-2020, Patheos. All rights reserved.