Writing: Not On The Side 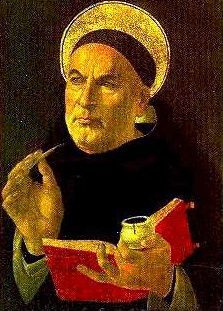 If I’ve been asked this once, I’ve been asked it 500 times: “How do you do it?” And by that my questioners want to know how I have time to teach, write books, take care of this blog, and speak on occasions. I’ve given all kinds of answers — our kids and grown and gone; I’ve been at it for 30 years; it’s fun. Now that I’ve read James Vanoosting’s essay in And the Flesh Became Words, “And Be a Writer — On the Side,” I’ve got another answer:

My explanation is simple: writing can’t be done on the side because, as James Vanoosting says it, “Writing is not pedagogy but an epistemology” (160).

Now back to the “on the side” bit. If a person wants to write, nearly always it has to be a way of life. Some do manage to write on the side, but the vast majority write every day, all the time, and they begin the day in the mind wondering how best to express a thought.

The biggest mistake I see in young professors is the (almost always) mistaken notion that they will write during the summer break full-time or they’ll wait until the Chrstmas break or over the Spring Break. No analogies work completely, but to me that is about like saying, “I’ll not train all year long, and try running competitively over break.” Like running, writing is something that takes constant practice.

And here’s the second mistake I often see: some think they can begin a writing career by writing a book. Instead, it is easier to begin by writing book reviews, magazine articles, and journal articles. It might be easier even yet to begin with a blog — but only if you can add to it daily, or at least five times a week. (Otherwise, no one will read you.) In other words, begin small — writing small pieces so that a daily habit, or a weekly habit, is built. Over time, it can become a genuine habit.

When you look at writers, it is wise to remember that most of us/them began small, and over time the daily routine of writing became a habit. That habit is what you now see; it didn’t spring up one summer break into a full-blown habit.

In other words, writing isn’t done on the side. It’s in the soul, it’s a way of being, and it’s not for everyone. It’s a scribbler’s itch to get it down.