The Death Of The Church: 1 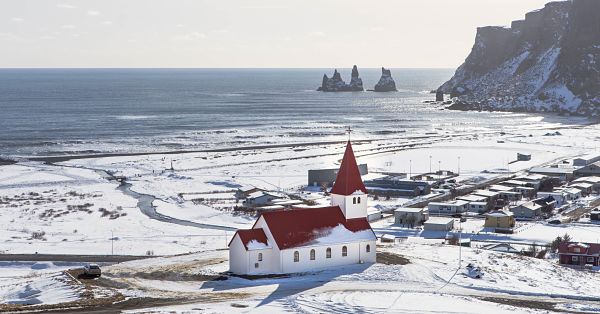 By Todd Dildine, who is a pastor at a small neighborhood church in Uptown, one of the most diverse neighborhoods in Chicago. He is most passionate about helping the church navigate the challenges of post-Christendom. Todd loves playing volleyball and he’s going to get married this summer!

A four part blog series that applies the instruments of social science to address the declining attendance rate in the American church and what to do about it!

One of the most important conversations a 21st century Christian in American can engage in is centered around a stark reality: The church is dying. For the purposes of this series, I will only be speaking about the American church; globally, the church is doing fantastically!

The State of the Church in America

Church attendance has steadily declined 38% over past several decades.1
59% of millennials growing up in church have dropped out.2

If the Republican or Democratic Party had stats like this, they would be freaking out and dramatically changing the way they do things. (Interestingly enough, about a year ago, the DNC Chair fired every staff member because the direction they were taking wasn’t leading to the results they wanted to see.) If the NFL lost 38% of their audience, they would completely change the way the industry is run.

Instead of reacting appropriately to the decline, the church has responded in one of two ways. Either, we ignore the decline of the church in America, because “the patient isn’t sick enough”—meaning that before people start taking things seriously, attendance must reach critical levels. Or, we propose cosmetic changes to our collapsing structures. The house has severe structural damage, and yet we find ourselves arguing over what paint we should apply to the doors.

This post aims to establish a Restoration Principle for the way forward.

These are all awesome things to implement and improve upon, but If you think the solution to the church’s decline is one of these, you are looking in the wrong place. These are cosmetic solutions—they do not address the structural root primarily responsible for causing the decay.

The collapse of the American church and the breakdown of the American community are tied together. When you take a critical look at our society you will discover that America in 2018 is one of the loneliest and most fragmented cultures that has ever existed, and the church has been dramatically infected by this. I can’t use enough superlatives! But, it was not always like this.

Check it. This is real important stuff.

Harvard Professor Robert Putnam was the first to popularize this in his book Bowling Alone (I am unashamed to admit that this blog series is the fruit of me interacting with his work combined with my reading of scripture). Published in 2000, Putnam’s work points out that in the first two thirds of the 20th century, volunteer-based activities were thriving and growing, and local communities were vibrant. People were voting more, churches’ attendance was on the rise, families ate together as a rule, and people hosted one another at their homes. People volunteered more in local community projects, and as much as we can quantitatively evaluate, people behaved in a more generous and trustworthy ways toward one another. But, then “mysteriously, and more or less simultaneously we began to do all those things less often.” This epidemic that has largely collapsed the American community, Putnam points out, happened in the last third of the 20th century—around 1960.

Read that paragraph again! Then repeat.

This collapse is an epidemic, affecting a wide spread hurting all of our communities—including along the church.

While we’ve seen a new wave of political fervor since the 2016 election, the long-term trends show that over the past several decades, the U.S. has witnessed an overall steep decline in civic participation. We are “35 percent less likely to attend public meetings… and roughly 40 percent less engaged in party politics and indeed in political and civic organizations of all sort.” (Putnam) Sociologist Christian Smith carried out an extensive study on millennials’ participation in politics in 2011, concluding that “the idea that today’s emerging adults are as a generation leading a new wave of renewed civic-mindedness and political involvement is sheer fiction.” Consider that his research was being conducted after the 2008 election and leading up to 2012. Contrary to what would be expected with freedom as a core value of our nation’s foundation, America’s citizens are increasingly less interested in participating in its politics—especially at the local level.

The decaying community is hitting where it hurts the most in America—the family. In the past two decades, the family has witnessed a dramatic reorientation away from a core tenet of fostering deep, intimate connection: Quality time. In the past 20 years, family dinners have declined 33% and family vacations have decreased 28%. Even watching TV together as a family has dropped 20% and simply just sitting and talking with each other has dropped 10%. Slowly, the American family as a unit is being dismantled.

In 2004 a study carried out by Duke aimed to identify the number of close friends Americans have on average, and the results were objectively depressing. In 1985, 10% responded by saying they have zero friends that they felt they could confide in and share their pain or joy with. Two decades later in 2004, the same survey was carried out, and this time 25% responded saying they had zero friends. This was 15 years ago, and it has been climbing. More recently, Harvard put out a study reported that 40% of adults report feeling lonely. The breakdown of community has led to a weaker social fabric, increasing loneliness. Next time you go to a bar, coffee, or a church hall, understand that 1 in 4 of the people there likely don’t have someone to dance with, hug, call on, lean on, cry on.

What These Stats Mean

This post is only intended to be a brief introduction to the topic, and as such, only presents topline information. For more detailed evidence of these trends, I encourage that you check out the authors and studies I’ve mentioned. There are many more.

But verifiably, this is where this data leads us.

The church isn’t the only community that is collapsing;

It’s all volunteer-based communities that are hurting!

If we want to rebuild the church, we have to understand its problem as part of a much broader issue—we have to identify the force in the environment that’s causing all communities to collapse. What we need to do is examine the “anti-community forces” that are threatening to pull apart all of our communities, and then we can develop strategies that resist these forces to begin cultivating strong communities of Christ again.

If restoration is to occur, the church must identify and address the forces that are hurting all communities.

If the church ignores this principle and attempts to take measures to repair the church by executing normal impulse solutions (cosmetic solutions), the church will continue to decline and weaken.

Popular church solutions that are cosmetic and not restorative may include:

“Looking for root causes or solutions only within the religious sphere is like the man who, faced with a flooded basement, looks for the leak in his own pipes not realizing that the water main has broken and every house on the block is flooded.”

If the Church is to grow again, the water main needs to be fixed.

Until then, we can expect the collapse of the church to continue.

I hope by now you’re asking…

“What is the water main?”

“What are the forces hurting the American community, and our church?”

If you are, then you are on the right track!!

The next 3 blog posts will tackle these ACFs through the lens of the Restoration Principle. First, I will identify an ACF and then proceed to propose a practice that will address it.

April 12, 2018 What Is Evangelical "Devotion"?
Recent Comments
71 Comments | Leave a Comment
""
Queenofthefuzzybugs The (Non)Wesleyan (Non)Quadrilateral
""
Xanthrince JesusCreed.org Blog Prayer
""
William Ristau Writing In Your Life
"'This renewal began first with the renewal of the people of God (chapter 5 or ..."
Kostya2 Putting the Bible Together
Browse Our Archives
Related posts from Jesus Creed