What Is Evangelical “Devotion”? 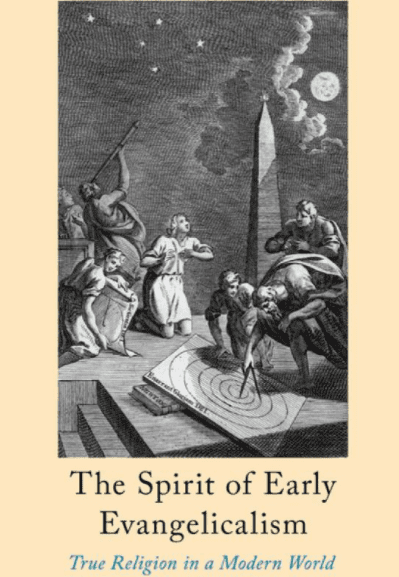 In his brand new book D. Bruce Hindmarsh (The Spirit of Early Evangelicalism) sets out to describe the heart or “spirit” of early evangelicalism, and then to clarify its socio-cultural connections. What he’s onto is what was then called “true religion,” so his subtitle is True Religion in a Modern World.

He opens this academic book — laced, tied, and double-knotted with evidence — with the “one needful thing” text that was preached on frequently by both John Wesley and George Whitefield.

Now you can see how he defines “evangelical” and it is not the same as “Luther” or “Calvin” or Reformation nor is it “New Testament.” It is the movement arising from the powerful voices and spiritual visions of Wesley and Whitefield.

This is not a book about the “theology” as much as about the “devotion” or the “spirituality” of early evangelicals, Whitefield and Wesley. It’s about personal experience, it’s about the presence of God in the life of the believer, it’s about knowing one is a believer and indwellt by God’s Spirit. He calls this a “distinctive form of Christian spirituality” (3).

His first chapter is a wonderful chapter about George Whitefield. Evangelicalism in those days was about being a real Christian with true religion vs. nominalism and favorite terms were awakened, converted, serious and real. He sketches a biography of Whitefield and then gets into major themes in his spirituality.

Those who know the Wesleys know about the Oxford meetings, the Holy Clubs, of the very intense and devoted. They kept what he calls an “exacter,” a diary or journal that tracked one’s spiritual condition — devotion, ardor, flame, fire — by the hour. They recorded what they read and prayed about and how they felt in each hour of the day. (Check out p. 16 for a figure of a page from Whitefield.) There is in this evangelical devotion a clear connection to monasticism and asceticism.

From Francke, the German Lutheran pietist, Whitefield absorbed the call of God to be fearless in devotion and to turn from worldly pursuits of reputation, honor and prestige. This is Oxford and this is a man who had the chance to climb the ladder. But Francke summoned Whitefield from such honors and “preferment.” Along with Francke, Whitefield absorbed Arndt’s True Christianity and this mixture led to a combination of asceticism and justification by faith.

A third theme at work in Whitefield’s early evangelical devotion is that he was into nonconformist leaders and literature (that is, non-Anglican, non established church). He was into those thinkers and writers and preachers who were into the affections (Alleine, Baxter, Janeway). He had not yet, however, moved into Calvinism or Puritanism.

Before long he collided with Wesley on Calvinism.

Whitefield and Matthew Henry’s commentary on the Bible go hand in glove; Whitefield’s sermons were rooted in Henry. With Henry Whitefield spent hours on his knees reading Bible, reading Henry, and praying. He was an “experimental” Calvinist.

But what most impressed me in this opening chapter was Whitefield’s discovery of Henry Scougal’s Life of God in the Soul of Man, the measuring of his faith by the presence and witness of the Holy Spirit, and his belief that knowing the presence of God in your life through the indwelling of the Spirit was the measure of true religion.

Oxford Methodism had taught him discipline. Pietism had inspired him with a spirit of fearlessness and enterprise. Puritan-Nonconformist writers had schooled him in practical, devotional Bible reading, and prepared him to embrace Protestant doctrines of grace with confidence. But it was the immediate sense of the Holy Spirit, above all else, that drew these influences together to light a fire and inspire and ardour of evangelical devotion in Whitefield, preparing him for the public ministry that was to come (34).

His belief in the indwelling Spirit was a mark on all his early devotion and preaching and ministry, and this theme filled his letters and advice to others. He combined passivity with activism, reception of Spirit with active zeal for the Spirit. We need more on the Spirit today.

Belief in the Spirit is one thing; knowing the reality of the Spirit in one’s personal life and daily walk with Christ was the singular mark of early evangelical devotion.