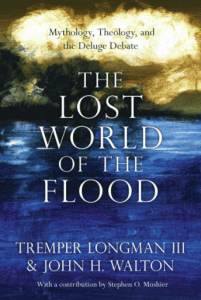 The obvious answer to this question is yes – at least when it comes to Abraham, Isaac, Jacob and Joseph.  There is little doubt about this. The text is making intentional claims about the history of Israel in Genesis 12-50.  When it comes to Genesis 1-11 however, the question requires more thought.

Tremper Longman III and John Walton, The Lost World of the Flood, agree that even in Genesis 1-11 there are some historical claims being made. While 1-11 and 12-50 have quite different form and feel, the toledot structure connects the whole. (The toledot structure is seen in the formula “this is the account of x” which occurs 10 times in the book, 4 in 1-11 and 6 in 12-50.) Various sources are pulled together by the composer of Genesis to tell a story. “The composer incorporates these sources as reports from the past to create his account of the past.” (p. 17) This leads to the conclusion (at least for Tremper and John) that Genesis 1-11 is making claims about history.

Genesis 1-11 makes claims about history, but it does so for a theological purpose. This isn’t history in the way that we think about history today. It isn’t intended (necessarily) to be a transcript report of a series of sequential events. The significance is more profound than this. Tremper and John put it this way:

The deepest reality, that which is most true, must not be constrained by what eyewitnesses can attest or demonstrate to have “actually happened.” The accounts in Genesis 1-11 can be affirmed as having real events as their referents, but the events themselves … find their significance in the interpretation that they are given in the biblical text. That significance is not founded in their historicity but in their theology; not in what happened (or even that something did happen) but in why it happened. What was God doing? That is where the significance is to be found. (p. 17)

The key point is that “events are not authoritative; the interpretation of the narrator is.” (p. 18)

Even when the composer of Genesis is making claims about history, he is making them in an ancient Near Eastern context. He was preparing an ancient Near Eastern text with theological significance, not a modern history book. This means that the historical referents are not exactly envisioned by the original composer or audience in exactly the same way that we expect. Ways of knowing and understanding were somewhat different. John and Tremper suggest that this is particularly true when it comes to an event with cosmic significance such as the flood. Here is is possible that the metaphysical reality is far more significant than any aspect of empirical reality.

Consider a sliding scale between metaphysical and empirical (an example used in the book). Our modern approach to history is to start with the facts as best we can determine them and then turn to interpretation of these facts. The empirical is the most important. In the ancient world this wasn’t the approach. It certainly isn’t the approach in the Bible. History is important, events are important but not foundational. The metaphysical aspect, the theological interpretation of these events, is the most important part of the story.  We get side-tracked by questions of science and proof. Running down these rabbit holes will cause us to miss the point of the story.

We need to get away from the idea that only the facts (the empirical) are real. The deeper reality is found in the theological meaning of the story. Because the point is found in this theological message, various literary tools and structures are appropriately used to convey the point.

In what way is Genesis 1-11 making claims about history?

What are these claims?

May 1, 2018 Drummers Know
Recent Comments
15 Comments | Leave a Comment
"'This renewal began first with the renewal of the people of God (chapter 5 or ..."
Kostya2 Putting the Bible Together
"In Christ, there is no Jew or Greek, male or female."
Silverwolf13 Go Home or At Home?
"I just started to read about Scot Mcknight! His arguments are good.However, I recommend Scot ..."
Yechan Namgoong Tim Keller under the Eye
"" if it be Your will" 1 John 4:14,15 says, 14And this is the confidence ..."
disqus_5T2jXBEN10 JesusCreed.org Blog Prayer
Browse Our Archives
Related posts from Jesus Creed