Letters To The Churches 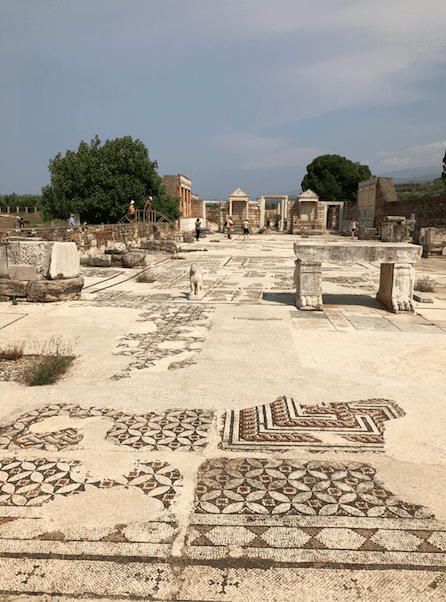 That most confusing of all NT books, the Book of Revelation, contains seven letters to seven churches in chapters 2-3, and we are looking at Revelation with the helpfof Craig Koester in Revelation and the End of All Things and Ian Paul, Revelation.

Each letter has a similar structure, and I take this from Ian Paul:

1. To the angel of the church in (place name) write:
2. Thus says he who (appellation drawn from the vision of Rev. 1)
3. I know your (attributes and actions, varying considerably from one message to another)
4. But this I have against you
5. (Command to respond, including the requirement to repent)
6. Whoever has ears, let them hear what the Spirit says to the churches
7. To those who are conquering (promise drawn from the vision of the New Jerusalem)

Koester groups the churches into three main problems, and I like his synthetic approach:

Three of the seven churches—Ephesus, Pergamum, and Thyatira—were dealing with internal conflicts over Christian faith and practice. On one level the disputes had to do with issues of leadership: opposition to false apostles at Ephesus, an errant teacher at Pergamum, and a false prophet at Thyatira. On another level, the objectionable teachings associated with these figures and with the group known as the Nicolaitans had to do with the extent to which Christians could accommodate the religious practices of the empire. John opposed those who found it acceptable to eat meat offered to Greco-Roman deities, a practice he considered immoral, urging Christians to maintain a distinctive identity.

Situations were different at Smyrna and Philadelphia, where the congregations encountered overt hostility. Modern readers often assume that persecutions of Christians in the first centuries after Christ were massive campaigns that the imperial government carried out against Christians throughout the Roman Empire. They may imagine scenes in which Roman troops go door-to-door, dragging the faithful from their homes in order to throw them to the lions in the nearest Roman stadium. There is, however, little evidence that such systematic persecution was happening when Revelation was written. In the first century, persecutions were generally instigated by the townspeople rather than by the imperial government, and they were local rather than empire-wide in scope.

The situations of the congregations at Sardis [its synagogue pictured above] and Laodicea differ significantly from those of the churches considered above. What is remarkable is the absence of any evident threat. No mention is made of conflict with local synagogues or the prospect of imprisonment; nothing is said about pseudo-apostles, false prophets, or Nicolaitans encouraging them to accommodate Greco-Roman religious practices. To all appearances, these congregations would seem to be thriving. Yet the messages to the Christians at Sardis and Laodicea are almost wholly negative. The dangers to these congregations come not from overt hostility but from the kind of comfortable conditions that lead to complacency. They may not be threatened by society’s judgment, but they do come under the scrutiny of Christ.

October 8, 2018
Your Pastor's Beard: What Does It Reveal?
Next Post