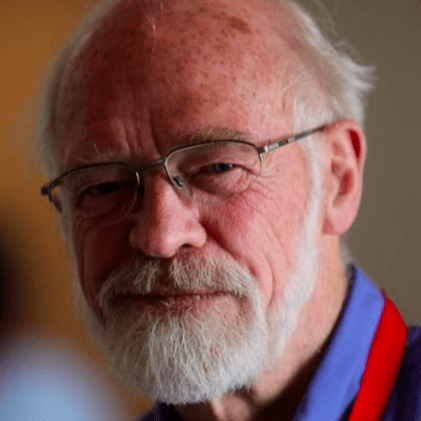 (RNS) — Eugene Peterson, the bestselling author of “The Message” and longtime pastor praised as a “shepherd’s shepherd,” passed away Monday morning (Oct. 22) at age 85.

Among Peterson’s last words were, “Let’s go,” according to a statement from his family.

“During the previous days, it was apparent that he was navigating the thin and sacred space between earth and heaven,” according to his family. “We overheard him speaking to people we can only presume were welcoming him into paradise. There may have even been a time or two when he accessed his Pentecostal roots and spoke in tongues as well.”

He is best known for “The Message,” his popular paraphrase of the Bible in contemporary language that made the Bible accessible to many Christians. Altogether, he wrote more than 30 books, including his 2013 memoir “The Pastor” and the Christian classic, “A Long Obedience in the Same Direction.”

October 23, 2018 Miracles As Experienced Reality
Recent Comments
7 Comments | Leave a Comment
"Avoidance of these verses is at the heart of faulty conclusions. Humanistic interpretations are why ..."
Glenn Harrell What To Say When Someone Says ..."
"I think what you should say is: "I don't want to kink shame, but that's ..."
Spirit Plumber What To Say When Someone Says ..."
"Jesus dying temporarily for our sins doesn't really make much sense. Here's why:Let's say I ..."
C Nault What is a “Sacrifice of Atonement”?
"Any updates on when it will be released???"
Brian Kelly The “Second” Testament
Browse Our Archives
get the latest from
Evangelical
Sign up for our newsletter
POPULAR AT PATHEOS Evangelical
1