A Place To Start 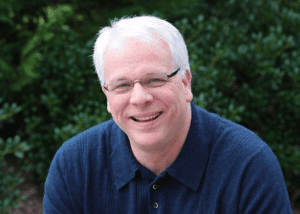 A Place to Start, by Mike Glenn

Most of us have heard of the innkeeper in the Christmas story. Poor Mary, pregnant and tired, has been dragged to Bethlehem by Joseph because that’s where his family is from and according to Caesar Augustus, everyone had to go to their hometown to pay their taxes. When the couple arrives in Bethlehem, Mary finds out Joseph hasn’t called ahead for reservations.

I bet that was a fun discussion…

Anyway, the mean old innkeeper won’t help out Mary and Joseph and sends them to the barn and sweet Baby Jesus was born in a stable and spent the night in a manger.

Some of us met the innkeeper when we were given the role of the innkeeper in our church’s Christmas pageant. We would borrow our father’s bathrobe, tie a towel around our head, and when our moment came, when would shake our head vigorously telling Mary and Joseph there was no room in the inn.

No one liked the innkeeper. He’s one of those characters we booed and heckled when they walk onto the stage. He deserves it. After all, what kind of a man makes a baby sleep in a stable?

There’s only one problem with this story.

The innkeeper isn’t in the story.

Go ahead. Look it up. You’ll find the story in Luke 2.

See, I told you. The innkeeper is never mentioned at all. We’re simply told Mary placed Jesus in the manger because there was no room in the inn.

But what if it wasn’t that way?

What if the innkeeper was a good guy who was trying to make the best of a bad situation? (Hey, since we’re making up the story anyway, we can make it up anyway we want!)

Work with me. What if, when the innkeeper realizes how pregnant Mary is, decides his crowded inn was no place for a new mother and her little baby boy. What if he covered the hay with quilts and blankets and made his stable as safe and warm as it could be?

What if, like us, he was just trying make the best of a tough situation?

Since that moment, every has complained about the circumstances of Jesus’ birth. “Poor Little Jesus boy, born in a manger.” Mothers have complained. Preachers and theologians have complained. Kings and emperors have found it embarrassing as well.

Everyone complains but Jesus.

Abraham was seventy-five years old. Never mind, he was a good place to start.

Moses wasn’t very confident of his leadership skills, but that was OK. He was a good place to start.

Peter wasn’t much of a disciple, but he was a good place to start.

Christmas is about starting.

The good news of Christmas is God is looking for a place to start and He doesn’t seem to be very particular where He starts. He only wants to start.

He can start with a shepherd boy.

He can start with a frustrated German monk.

He can start with anybody, including you and me.

God is working His great work of salvation. Advent reminds us God is always starting new things in any place we let Him.