What is a Credible Interpretation? (RJS) 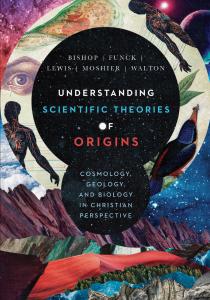 The first chapter of Understanding Scientific Theories of Origins looks at principles of biblical interpretation. Because this is the biggest stumbling block for  Christians, it is important to address interpretation head on in order to lay a framework for understanding the relationship between science and Christian faith.

John Walton provides three criteria for a credible interpretation of Scripture (p. 9): (1) it will be supported by “sound exegesis performed in a close reading of the text.” Critical thinking is an important aspect of interpretation. The intellectual exercise of reason – digging into grammar and word usage – is an essential part of interpretation. (2) it will “be compatible with other other texts of Scripture and with tenets of sound theology.”  There is an overall coherence to the message of Scripture. (3) it “must be founded on sound hermeneutical principles.“

There is the rub … what are sound hermeneutical principles? What is the appropriate theory and methodology of interpretation of Scripture. Some see the bible as a transcendent text containing hidden knowledge, even coded messages.   Modern science and other phenomena completely foreign to the original audience are found by those with eyes to see. But this is not a sound approach to Scripture. Taking this approach, we can find anything we want … as people too often have throughout history.

John puts forth five principles to guide the interpretation of Scripture. (pp. 10-11)

These principles will challenge many modern Christians who have learned to take a somewhat different view. After all, isn’t a plain reading of our favorite English translation all that is really necessary?  The essence of truth necessary for a saving faith is found in a plain reading of any careful translation or paraphrase – but there is more involved in a growing understanding of the scope and shape of God’s work in the world.

The ancient Near Eastern context of the Old Testament also shapes two important aspects of any discussion of science and the Bible. First, we tend to divide phenomena into categories of natural vs supernatural. Science studies the natural, while God’s action is supernatural. This division is a modern idea that is foreign to the ancient world and thus foreign to Scripture. God is active in everything. In our context today, this means that God is active in natural phenomena as surely as he is active in any supernatural event. A natural explanation does not eliminate God from the picture.  Rather than thinking about the universe as a pie cut into slices assigned to God (supernatural) or to nature (natural), John suggests that we should view the universe as a layer cake with the natural the bottom layer and the supernatural the top layer. Science explores the bottom layer with increasing sophistication, but that does not remove the top layer from the cake.

Secondly, Scripture does not and did not provide new revelation about routine natural processes. It uses the understanding of the original audience to convey the intended message. Ancient cosmic geography with a solid vault overhead and a flat earth, pillars and storehouses of snow and hail are assumed in various passages. These are not affirmed as truth – the role of God in creation is affirmed as truth. In the ancient world the brain was not viewed as the center of human thought and reasoning – rather the heart or entrails were thought to fill this role. The bible assumes that the heart was the center of cognitive processes – it does not affirm this to be revealed truth. As John tells us, we don’t need to “find scientific evidence that our blood pumps (i.e. hearts) engage in cognitive processes” to uphold the truthfulness of Scripture as God’s self-revelation. We don’t need a storehouse theory of precipitation. If is not a denial of biblical truth to allow scientific discoveries and insights to shape how we understand routine natural processes.

Routine natural processes can be used by God. In fact, I suggest that this is, and always has been, his most common mode of action in the world (which is, after all, his creation). This includes the origin of the universe, the world, life, and human beings. Sometimes our view of God is just too small.

What do you think of John’s principles of biblical interpretation?

What are the requirements of a credible interpretation? 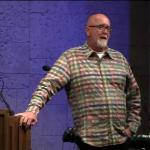 December 21, 2018 Chicagoland's Pastor Scandals Of Power
Recent Comments
21 Comments | Leave a Comment
Browse Our Archives
get the latest from
Evangelical
Sign up for our newsletter
POPULAR AT PATHEOS Evangelical
1