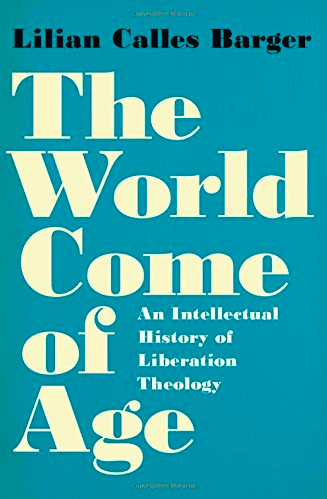 The three major forms of liberation theology — Latin American, African American/Black, Feminist/Womanist — more or less came of age in the 1960s, according to  Lilian Calles Barger,  The World Come of Age: An Intellectual History of Liberation Theology.

Her opening chapter on religion and the cultural crisis finds its focus here:

The heart of the crisis was a heightened awareness of religion’s role in perpetuating inequality. The hallowed walls of religious institutions no longer ensconced God ready to sanctify the North American way of life. Under pressing political demands, God’s dwelling place had moved to urban slums, consciousness-raising groups, and revolutionary strategy meetings.

The issue then is power, it is economics, it is inequality in a world where equality was promised.

She begins with African American/Black liberation theology on this note: “African Americans had long understood the tension between the theological and the political, and their connection to the global struggle for freedom. Their history was one of confronting two seemingly irreconcilable truths: the biblical promise of freedom and equality and the reality of political bondage.”

Our post today is on African American Liberation Theology.

King identified a lag between the material and scientific promise of the age, and moral and spiritual ends. Key to understanding the unrest among the colored people of the world was racism and economic exploitation, along with rising expectations of equality.

King wanted redistribution, he wanted a socially conscious democracy that did not build walls but knocked them down. She summarizes: “Active love involved the Niebuhrian principle of coercive power wedded to Gandhian nonviolence against a recalcitrant pride of group. The choice for King was between the global chaos of unfulfilled expectations and the justice of a new communitarian spirit.”

But the radicals wanted more. They pointed their fingers at the church, at the Christian faith, at the institutions and the solution could not be improving or reforming but revolution.

From its inception, the black freedom movement found in the Christian faith the bias for justice and equality obscured by white theological interpretations.

My categories: Black Liberation theology, from King to Cone, moves in out and of reforming the institutions to revolution, from Black Protest to Black Power.

Could a religion that had brought black people into slavery ever provide a solution and hope for freedom?

The big names are Langston Hughes, James Baldwin, Malcolm X, Albert Cleage, Vincent Harding … the impulse was no longer a way of improvement but a new way of being.

In other terms, a move from integration to participation and empowerment.

She focuses on James Cone. When some in Black Power were cutting loose from the church, Cone said Black Power was the very essence of Christianity; God identifies with the oppressed.  His books — Black Theology and Black Power and The God of the Oppressed — are the markers for Black Liberation Theology.

The solution is not compromise or integration, but revolution — violence if needed — and a new way.

Liberation theology in its many and varied forms, I want to remind readers, is the most dominant voice in academic theology (other than work done in a simply historical mode), and it has gained much ground among many evangelicals. Progressive evangelicalism is often a version of liberation theology, sometimes — unlike the major voices — without the courage of its convictions or conviction in its courage.