Born Is The King of Israel 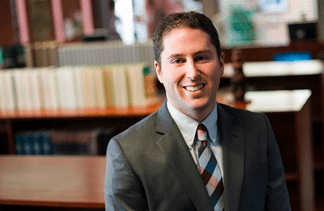 By Jason Gile, Jason is Affiliate Professor of Old Testament and Dean of Program Development and Innovation at Northern Seminary.

It’s well known in popular Christianity that Christmas is about the birth of a king. But, in its biblical context, Christmas isn’t about just any king, nor some generic savior of the world.

Instead, the central claim of early Christianity is that Jesus was the king of Israel, the expected son of David who would deliver his people.

While it’s essential to affirm the universal scope of Jesus’ rule, what Christians often miss is the particularity of his identity as king of Israel: Jesus rules over the whole world as Israel’s messianic king. The very definition of Messiah in the Hebrew Bible and Second Temple Judaism is this: the coming Davidic king who will deliver Israel, bring God’s rule over the world, and in so doing the nations of the earth would come to know Israel’s God and become part of his people.

The New Testament follows this definition by identifying Jesus as king and savior of Israel. While the salvation of the nations and the universal rule of the Messiah are important, what takes priority is Jesus’ identity as, first, Messiah-king of Israel. In the Gospels, the central question surrounding his identity was: “can this be the son of David?” (Matt 12:23). The earliest Christians (and Jesus himself) understood his life and death to be for Israel first. He was named Jesus because “he will save his people from their sins” (Matt 1:21). His ministry was to the “lost sheep of Israel” (Matt 15:24) and he sent his disciples to the same (Matt 10:6). His message was for Israel to return to God (Matt 4:17; Mark 1:15) and embrace their role as a light to the nations (Matt 5:14). He was executed as “king of the Jews” (Mark 15). The New Testament is so focused on Israel that Paul can say the gospel is for Israel first (Rom 1:16).

As Christianity drifted from its Jewish roots, the kingship of Jesus often became defined in generic, universalized terms. For example, Jesus is commonly described as “king of kings,” “king of the world,” and “my king,” but not often as king of Israel.

The lyrics of Advent and Christmas songs provide a window into traditional and popular understandings of Christmas. While many Christmas songs ignore the kingship of Jesus entirely, most that speak of it do so in generic terms. For example, in Hark! The Herald Angels Sing, the angels proclaim, “Glory to the newborn king.” To the question What Child is This?, the song answers: “This, this is the Christ the King.” The Little Drummer Boy begins: “Come they told me, a newborn king to see.” None of these songs provides further definition of the kind of king. Other songs only speak of the universal rule of the king. The carol Joy to the World proclaims: “Joy to the world! the Lord has come; let earth receive her king! He rules the world with truth and grace. . .” These songs reflect the state of modern Christian faith, which has drifted from the New Testament’s Jewish context.

Only a few Christmas songs capture the particularity of Jesus as king and savior of Israel.

To begin, The First Noel, while not expounding on this theme, at least highlights the identity of this king with its refrain “Born is the King of Israel.”

Among the many Advent and Christmas songs, two others stand out by highlighting what the birth of the king means for Israel.

First, O Come O Come Emmanuel uniquely captures the idea that the Messiah came to rescue Israel. Long before scholars rediscovered the “end of exile” theme in the New Testament, the first verse of this old hymn links the birth of the king with Israel’s deliverance from exile (an idea most explicit in Micah 5:2–4).

Shall come to thee of Israel.

Later verses of the song also refer to Jesus as the “rod of Jesse” and “key of David.”

Second, the song with the most sustained description of Jesus as king and savior of Israel is Come Thou Long Expected Jesus. The song strikes a wonderful balance between the deliverance of Israel (“born to set thy people free”) and the salvation of the whole world (“hope of all the world thou art”).

Come, Thou long expected Jesus
Born to set Thy people free;
From our fears and sins release us,
Let us find our rest in Thee.
Israel’s strength and consolation,
Hope of all the earth Thou art;
Dear desire of every nation,
Joy of every longing heart.

Born Thy people to deliver,
Born a child and yet a King,
Born to reign in us forever,
Now Thy gracious kingdom bring.
By Thine own eternal Spirit
Rule in all our hearts alone;
By Thine all sufficient merit,
Raise us to Thy glorious throne.

These two songs capture the Bible’s focus: not merely the universal reign of this king, but also his particular identity as Davidic king of Israel whose purpose is to deliver his people.

In order to be true to scripture when we share the good news of Christmas, we must speak not only of the universality of Jesus’ rule (“king of the world”), but also its particularity (“king of Israel”), for it is as the messianic king of Israel that he rules over the whole world.

This brief review of Christmas hymns and carols is not meant to be exhaustive. What other songs highlight Christmas as the birth of the king and savior of Israel?

The Tortoise, the Hare, and TBI: the Race...
I have always been struck by John Steinbeck’s attention to detail in...
view all Evangelical blogs
What Are Your Thoughts?leave a comment
Copyright 2008-2021, Patheos. All rights reserved.
Close Ad