The Chicken or the Egg? (RJS)

What comes first, the church or the bible? 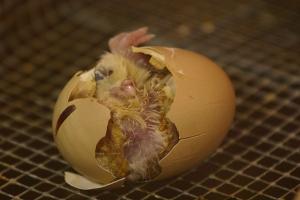 In many respects this is a chicken or egg question. It isn’t really possible to separate the two. We have the bible through the church and we privilege the bible because of Christian community. Walter Moberly in Chapter 3 of The Bible in a Disenchanted Age: The Enduring Possibility of Christian Faith looks at plausibility structures for Scripture. The bottom line, he suggests, is that we can’t separate our confidence in the bible as something distinct from other ancient literature from our experience of the community of the people of God. After considering Augustine (354-430) and Newbigin (1909-1988), he summarizes:

One of the conclusions that follows from all this is that one can reenvisage the relationship and respective roles of the Bible and church. There is a long and wearying history, since the sixteenth century, of Christians polarizing Bible and church, pitting one over against the other and arguing about which stands over the other. An understanding that is truer to Christian reality is the complementary nature of Bible and church (as in the development of the biblical canon in the first place). The Bible is likely to be recognized as the privileged witness to God and the world only insofar as living Christian witness attests at least somewhat persuasively to the truth of biblical content. The role of significant others and plausibility structures indicates the importance of trust and forming relationships with other people as the corollary of coming to a point where one may believe the content of the Bible and to believe in God through Jesus. The way in which these significant others live also interprets the Bible (for better and for worse) and thereby gives some sense of that a biblically informed life may look like. (p. 102)

This is an important point. Church and bible are complementary and inseparable. The way in which we live as Christians interprets the Bible and is the living witness of that interpretation to the world. This is also why some of the scandals of recent years, whether pedophilia, harassment, greed, arrogance, and so forth, are so damaging. It is not so much the failure of individuals – there will always be misguided individuals as well as con men and women and other miscreants – even individuals in positions of authority. Rather, it is the failure of the community as a whole to respond appropriately from a grounding in the teachings of the Bible and an understanding of God through Jesus that gives one pause. 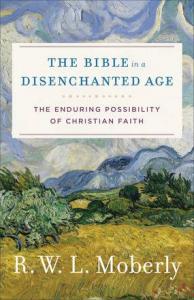 The Canon – these and not those. Moberly goes on to dig a little deeper into the privileging of selected writings as Scripture.

The basic point is that canon and religious community are intertwined concepts. It was initially ancient Jews who compiled and privileged a collection of their sacred writings, which ancient Christians subsequently adopted for themselves and to which they added new sacred writings related to Jesus.  Unless one is willing in some way to grant recognition to these ancient decisions as wise and valid, it is difficult to see how one can continue to privilege the Bible as a distinctive collection today, other than for purely cultural (or nostalgic) reasons. (p. 105)

We can acknowledge and appreciate the role of the Spirit shepherding the preparation and preserving through the church the writings she needs – but we cannot prove this through Scripture. We have to acknowledge that these decisions of the church were wise and valid. Moberly quotes Andrew Louth (Discerning the Mystery): “We become Christians by becoming members of the Church, by trusting our forefathers in the faith. If we cannot trust the Church to have understood Jesus, then we have lost Jesus: and the resources of modern scholarship will not help us find him.” (p. 107 quoting Louth p. 83)

This doesn’t mean that anyone person or time had all the answers right. Nor does it mean that the church is or has been preserved from error. But it does mean that we can do nothing other than stand on the shoulders of those who came before. We privilege the Bible because the Church has preserved it for us. Church and Bible are inseparable.

Moberly also notes that this doesn’t mean accepting the authority of any given instance of the church (be it Catholic, Anglican, Southern Baptist or Non-denominational … ). It doesn’t require attending formal services in a building on Sunday morning or Saturday evening or belonging to a formal congregation (however valuable these might be). “For there are many formal and informal, institutional and para-institutional, contexts in which the church is encountered.” (p. 101) It does mean being in community with other Christians in some tangible way through which we come to privilege the Bible as the witness to God and his work in the world.

What role does the church play in our understanding of the Bible as Scripture? 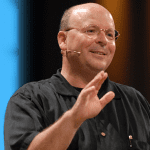 June 5, 2019 Translation for the Tribes
Recent Comments
3 Comments | Leave a Comment
Browse Our Archives
get the latest from
Evangelical
Sign up for our newsletter
POPULAR AT PATHEOS Evangelical
1