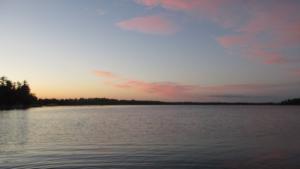 In John 18:36 Jesus responds to Pilate’s questioning “are you the king of the Jews?” saying “My kingdom is not from this world. … But as it is, my kingdom is not from here.”(NRSV) Many English translations have of of this world, and some have both of this world and of here, leading the impression that Jesus is saying that his kingdom has little concern with worldly things. Not so, say Jonathan Moo and Robert White in the concluding chapter of Let Creation Rejoice: Biblical Hope and Ecological Crisis.

Jesus’ kingdom is not from this world, but it most assuredly is for this world. He came to seek and save the lost, to inaugurate the kingdom of God, to atone for the sins of the world on the cross, to redeem and reclaim a suffering creation and to prepare the way for the renewal of all things – of which his physical resurrection is the sure and certain sign. In this time between his resurrection and return, Jesus; followers have work to do. (p. 163)

Climate change is a divisive topic. Many are convinced that the danger is very real others express significant doubts. The form the arguments and disagreements take is probably the most significant part of the problem between scaremongers and head-in-the sand deniers it is hard to know where to turn. I’ll put my cards on the table – denial is a head-in-the-sand approach, of this I have no doubt. Whether the scaremongers are right, how fast things will change, … this isn’t clear. Our climate is complex and we don’t have all the parameters under control. Models for prediction of the future contain a fair number of estimates and approximations. But the world is finite and the activities of 7.7 billion people are making a difference.

So what is a “Christian” response to the question? This isn’t a question the Bible deals with directly in any fashion. Any response has to be gleaned from the whole sweep of scripture. We don’t have a Green Bible to turn to for guidance.

Pray and never give up. We should persist and persevere in bringing the kingdom of God to earth. It isn’t that our actions are necessary to bring God’s kingdom … but that we are called to live in the kingdom today. This requires that we reflect on our own actions and the influence that these have on the world and on the presence of justice in the world. 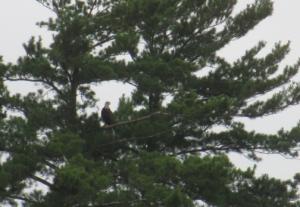 We have no excuses. We can’t plead ignorance and we can’t retreat between the smokescreen of caring for people first not the environment. Nor can we retreat behind the smokescreen of false humility, as though humans can’t actually have an effect on God’s world. Clearly God allows humans to mess things up royally. No Green Bible, but some clear guidance.

We suggest that Scripture provides us not with all of the answers in a simple list of dos and don’ts, but with a countercultural vision of radical discipleship, a godly wisdom and an ethos that fundamentally reorients us to the world. … We need to seek wisdom, discernment, and humility in all of our study and decision making. We must, however, be wary of our predilection to find answers that suit our own selfish desires, for we know in our hearts that we are always tempted to avoid the radical challenges of following in the path of Christ. (p. 165)

Love, Hope, and Joy. Biblical hope is no a promise of “pie in the sky by and by.” We are challenged to “faithful, righteous living that embodies God’s promises in the here and now.” (p. 167) God’s judgment is and will be real. Human suffering is real as creation groans today – as we live in a world marked by wounds of human origin … violence, injustice, greed, and indeed ecological damage. We need to respond to all of these with the outward directed ethic that Jesus taught. Moo and White refer to the story of the rich young ruler in Luke 18. Jesus told the man “There is still one thing lacking. Sell all that you own and distribute the money to the poor, and you will have treasure in heaven; then come, follow me.” It isn’t that we need to live in radical poverty, but that we need to be outwardly focused on the good of all God’s people and indeed of all of God’s creation. 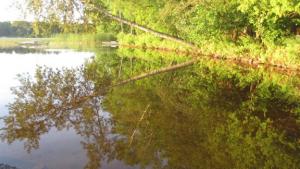 What now? Moo and White may overemphasize a biblical mandate for “creation care,” but their approach is generally helpful and clearly debunks the notion that this world is to be viewed as a temporary consumable. Many others go much further with a biblical call for “creation care”, but this really isn’t warranted. I don’t think it is an issue that the Bible speaks to directly in any fashion. It simply wasn’t on the radar screen of the authors and God didn’t insert these 21st century concerns into their minds and thoughts. But the fundamental message of scripture certainly applies. Repent of sin (aware of how ingrained our ability for self deception is), love God, follow Christ, love others.

This finishes our recap of the book by Moo and White. This isn’t the end of the story – either scientifically or theologically. We will turn next to a newer book by Douglas Moo and Jonathan Moo  Creation Care: A Biblical Theology of the Natural World.

What should be the Christian response to climate concerns?

Where should our concerns and actions be focused?

August 9, 2019 I Know That Kid
Recent Comments
4 Comments | Leave a Comment
Browse Our Archives
get the latest from
Evangelical
Sign up for our newsletter
POPULAR AT PATHEOS Evangelical
1