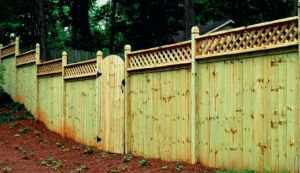 When it comes to the gifting of women many erect an 8-foot can’t-see-through-it fence that says “No Women Permitted” on the basis of 1 Timothy 2:8-15. Men are behind the door determining who gets in (men) and who doesn’t (women).

Andrew Bartlett, in his new book Men and Women in Christ, probes this most difficult of texts. (#ad) Here are his conclusions:

6. The debate has reached an impasse. A fresh start is needed. Most commentators on both sides have proceeded on the basis that in 1 Timothy 2 Paul is giving instructions specifically for the conduct of the public assemblies of the church. But this does not fit the details of what Paul writes. To break the impasse, the first step is to recognize that chapter 2 is not focused on the public assembly.

7. Four keys open the way to an interpretation of 2:9— 15 which is fully grounded in the literary and historical context. The first is to ensure that we read those verses genuinely in the context of 1:1 — 2:8. The second is to consider together the two extended passages about women in i Timothy. By seeing what can be gathered from 5 :3—16 concerning the historical context, we put ourselves more closely into Timothy’s position as the first reader of the letter. This adds considerably to our understanding of 2:9—15. The third key will be to ascertain the meaning of authente0 provisionally from the context, and then check it against the range of possible meanings. The fourth key will be to pay attention to the signposts which Paul provides in verse 15.

8. Information about the historical background of the Ephesian church reveals a milieu in which magic arts and astrology were practised. In his letter Paul makes allusions to magic and to astrological lore. False teaching circulating in Ephesus includes sorcery and astrology. Resisting these influences is a spiritual battle against the unseen forces of evil.

9. Paul’s concern in verses 11—12 is with certain wealthy women whose ungodly conduct evokes his strictures in verses 9-10. They are idle. They dress indecently and with extravagant display. They are going from house to house, each looking for a man who will satisfy her sexual desires, and promoting false teaching. Instead, these women should learn to do good works, in full submission to God, living; a quiet and godly life. These women are influenced by the evil one. It appears that these are the false teachers remaining in the church, whom Timothy charged to deal with. He must set them straight and ensure that none of them takes up a position as an elder or deacon in the church until she has proved her reformed life and character.

10. Using the third key, in the context of i Timothy 2:9-12 authenteo appears to mean ‘overpower’. The nature of Paul’s concern is: ‘I am not permitting a woman false teacher with expensive and immodest dress, lacking decency and self-control, to teach and overpower a man: she is to be quiet and reverent and learn how to behave in accordance with the truth, in full submission to God.

11. This interpretation facilitates ready explanation of Paul’s reasoning by reference to Genesis in verses 13—14. Paul is underlining what he says in verses 11-12 by referring back to the first spiritual battle recounted in Scripture, where a woman was deceived by the satan into receiving forbidden knowledge, and falsely taught and overpowered a man, with dire results.

12. Paul chooses this rare word because of its use in the same sense in astrological lore, which forms part of the false teaching which the wealthy women are promoting. It is also associated with sorcery and with death, the opposite of salvation.

13. This line of interpretation illuminates the meaning of verse 15, traditionally regarded as a difficult verse. It refers to salvation brought about through the birth of the Messiah, with a sidelong glance at the beliefs of the Artemis cult.

14. Using the fourth key, we find that Paul provides two signposts in verse 15. He signals to the reader that he is equating ‘woman’ in verses 11—12 (‘she’ in v. 15) with ‘women’ in verses 9—10 (‘they’ in v. 15). This confirms that Paul’s instruction in verses 11—12 is intended to relate to the women of verses 9—10. He also uses unusual vocabulary to construct a conspicuous verbal and thematic link between 2:15 (teknogonia) and 5:14 (teknogoneo). This is further confirmation that readers may get a better contextual understanding by reading his remarks about women in chapter 2 alongside his remarks about women in chapter 5.

15. The above interpretation fits into Paul’s continuous, connected train of thought which starts in chapter i and proceeds through the letter. It shows how chapter 2 leads into chapter 3. It also resolves the four tough questions about 2:12 to which I drew attention in chapter 11 above.

November 4, 2019
Announcing Winners for State of NT Studies
Next Post

Graham Cole - Why Doing Theology Right Matters!
Crossway publishers has put up a great excerpt from Graham Cole's forthcoming...
view all Evangelical blogs
What Are Your Thoughts?leave a comment
Copyright 2008-2020, Patheos. All rights reserved.