The Gospels as Biographies 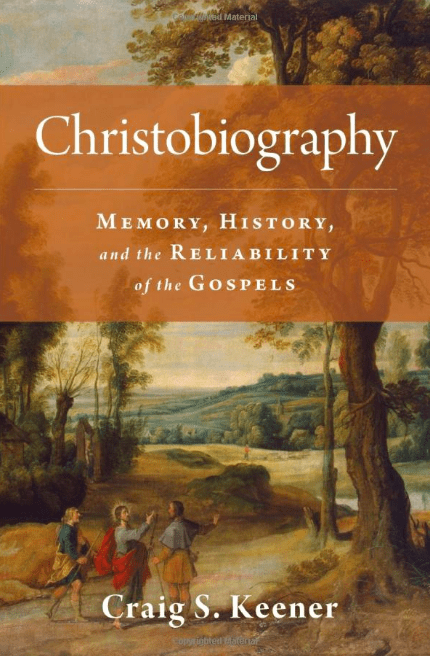 If the Gospels, our four Gospels in the NT canon, are biographies in genre what does that mean? This is the proposal with answers of Craig Keener in his new bulky book Christobiography: Memory, History, and the Reliability of the Gospels (#ad).

It means this, and the numbers are mine to facilitate instruction for those who want to put these paragraphs into something for classes:

(1) The Gospels are premeditated foundation documents. (2) Scholars have proposed various genre forms for the Gospels; some proposals, such as novels, are wide of the mark; some others, such as “unique,” are not very helpful. (3) Still others, like “memoirs,” are on the right track. Clearly the Gospels are not mythography, novels, or pure drama (which required poetic form). (4) As works focused on a single, historical character, drawing on significant amounts of historical tradition, the Gospels are most readily recognized as ancient biography.

(5) Although ancient biography differed from its modern heir and namesake, it was supposed to deal in historical information rather than the fanciful creation of events. Some biographies were more true to historical information than were others (typically, those about recent generations were much more reliable than those about the distant past). But most full-length biographies clustered around historical intention, certainly where they narrated about an individual based on prior sources. (6) Even if one Gospel substantially adapted such central expectations for full-length biographies about recent figures, one would hardly expect all four to do so independently. If some scholars today argue for such adaptation, it must be on grounds other than ancient expectations.

(7) Ancient writers, whatever their human biases, were normally in a better historical position to evaluate matters of their day than we are today. (8) Luke was able to investigate or at least be aware of the information passed on to him. Roughly the same critical tools were available to him as are available to us, and much more information was available to him than is otherwise available to us. While we may recognize the Evangelists’ emphases and question them on matters of detail, we ultimately have little to work with for alternative reconstructions if we dismiss the Gospels’ materials.