What about Women Elders?

Can a case be made for women elders in the New Testament? Does the NT explicitly prohibit women from being elders? It is more than interesting that so many are absolutely sure in their denial in question one without recognizing the denial of the second question. The NT does not prohibit women as elders while many assume that’s the case. To speak to men as elders (using masculine gender nouns) is not a denial of female elders just as the masculine adelphoi, “brothers,” does not exclude the women as siblings as well. 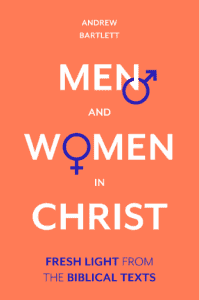 1. The fullest guidance about the appointment of elders is found in Paul’s lists of qualifications for eldership (i Tim. 3:1-7; Titus 1:5-9). Contrary to the impression given in most English versions, in the Greek text Paul’s lists of qualifications for elders do not contain a clear exclusion of women. Prominent complementarian scholars acknowledge that this is so. These passages (especially 1 Tim. 3) contain positive indications that women may qualify as ‘elders’, in the sense in which that term is used in the New Testament.

2. Paul’s idiomatic expression ‘one-woman man’ in i Timothy 3:2 and Titus 1:6 is directed at faithfulness to the Christian sexual ethic and should be understood generically so as to encompass also ‘one-man woman’.

3. A vital aspect of elders’ or pastors’ duties is to be guardians of the flock. It does not follow from this that only men should be elders or pastors. When we understand ‘one-woman man’ generically, all seventeen qualifications listed by Paul in i Timothy 3:1-7 are qualities and behaviours which are found in both men and women. The same feature runs through the corresponding list in Titus 1:5—9.

4. In conclusion, Scripture does not support a general ban on women becoming church elders. Nor is there a ban on women fulfilling any other function in the local church. The complementarity of men and women suggests that it is advantageous to have both men and women in leadership.

December 2, 2019 Wesley’s Most Capable Associate and Preacher
Recent Comments
73 Comments | Leave a Comment
Browse Our Archives
get the latest from
Evangelical
Sign up for our newsletter
POPULAR AT PATHEOS Evangelical
1