My middle son turns 5-years old this week. For his birthday he got a new scooter and on the first day he got it, we loaded up a back pack, put the baby in the stroller and we took the new scooter to the park. While he was riding it there his older brother asked if he could ride the new scooter home after we finished playing at the park. I said yes and explained to my 5-year old son that his older brother was going to ride the new scooter home. He agreed but when it was time to go home and time for his older brother to ride the new scooter, my 5-year old son did not want to give it up. I explained to him many times and in many ways that we have to share our toys, even our special ones, with our siblings. But that explanation did not help him, and he began to throw a big fit. Think loud wails and limbs flailing and crocodile tears, all dramatic gestures to show me his big feelings about this requirement. I felt his pain. This was his new toy after all. But I also felt his brother’s pain. His older brother didn’t have a new toy and having one turn on the new scooter did not seem unreasonable. So, I got down on the cement where he was flailing so I could meet him eye to eye. I tried to stay a safe distance away so as to not be hit by a flailing limb. And I whispered, with as much tenderness as I could muster, “Baby, I know this is hard. Can I love you through this?”

And this 5-year old fit and this question has me thinking about human suffering and the Incarnation. In the incarnation, God stoops down low, to meet us eye to eye, and to ask us, “Can I love you through this?”

Theologian Elizabeth Johnson writes these words in the “Quest for the Living God,”

“The Word became flesh so that God who is love could enter into a deep personal union with the world, the beloved. This would happen even if human beings had not sinned. The fact that the world is sinful entailed that the suffering and death of the cross become part of Jesus story. But the primary purpose was union in love.”

Think about that. Even if we had never sinned, God still would have come. The incarnation is God seeking union with humankind.

This is what love does. Love seeks union.

This is why I have been thinking about the incarnation and human suffering. I have been thinking about my own “fits” I have thrown with God. And I have wondered, what if the incarnation became the starting point for theodicy. Simply put, theodicy is what we call “the problem of evil.” The question of theodicy is: “Why would a loving God allow such immense human suffering?” But what if instead of asking, “Why would God allow suffering?” we asked “Why would God go through suffering?”

I think, like Johnson, that the answer is love. Love always seeks union.

In the incarnation, God symbolizes the perfect Mother and the perfect Father asking the beloved child, “Can I love you through this?” There is no measure of human suffering that God has not personally been subjected to. We approach a God who has been seeking union with humankind since the beginning of time. This provides a foundation on which to build a theology of suffering that does not exclude God’s love.

God is not the author of suffering as some preach. I heard recently a sermon preached from a prominent church in my area the heresy that “God will never give you more suffering than you can handle.”[1] This nonsense, complicit with “everything happens for a reason”, makes God a divine child abuser, sadistically orchestrating suffering toward us to teach us some sort of lesson. But the incarnation gives us a very different picture of God than this. In the incarnation, God stoops low enough to fit in a manger, a place where animals ate. In the incarnation, God comes face to face with a teenage mother out of wedlock and a young man estranged from his family. In the incarnation, God limits God’s self to time and space and flesh in order to have union with God’s beloved creation.

My 5-year old son did not collapse into my arms the way I was hoping he would. He actually ran off to get into trouble. He ended up having to go to time out and had a really hard time recovering from this fit. But no matter what he does, my invitation is always the same. My prayer is that, in this season, you will hear the God who has come near offering you the same invitation, “Can I love you through this?”

[1]This is a really good summary of the verse used to support this kind of thinking.  http://www.fairviewpresbyterian.org/blog/2017/7/24/half-truths-god-wont-give-you-more-than-you-can-handle 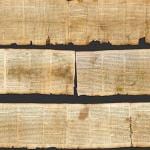