Patheos Explore the world's faith through different perspectives on religion and spirituality! Patheos has the views of the prevalent religions and spiritualities of the world.
I’ve been thinking for a while about how to encourage belief in my two children, particularly faith in God, trust in his mercy, and hope in his provision. But all around me I see people losing belief, not only in these things particularly, but in God generally. Why?

I don’t think it’s the new crop of media-savvy atheists and all their “persuasive” arguments. I know enough about belief and persuasion to know that most of the time people do not change their minds unless they they’re primed to do so. A good argument doesn’t change your mind; it makes you defensive, standoffish, angry, all sorts of things—but not ready to ditch a cherished and heartfelt belief. Safe bet: If you drop God after hearing an argument, it’s because you dropped him already but haven’t admitted it to yourself yet.

So why do we drop God? I think it has to do with our sin. Sinful behavior and belief in God don’t mix. That’s why believers are called to repent from sin daily, hourly. A life in Christ and willful sin are incongruous.

But what if a person wants to sin? We often do. We like sin and don’t like repentance, which is usually difficult and demanding.

Here’s my conviction: If someone willfully cultivates their sin instead of repentance, they will lose their belief in God. They will become atheists, even if they don’t admit it to themselves until many years later. I am convicted of this for two reasons, one theoretical and one personal.

Theoretical: Incongruity is hard to maintain. The human mind is not very good with contradictions, tensions, things that don’t jibe. We impulsively try to resolve most when we discover them. We need things to make sense. We tell ourselves stories, we reorder events, we fabricate new hypotheses, we amplify focus on one thing and drop focus on the competing thing—and that includes dropping focus on God if he’s making life hard for us. Our belief atrophies, or cools, or shifts to the background, whatever. Bottom line, we let go our grip on God so we can hold onto our sins.

Personal: My own struggles with belief have been their most intense when I was living the worst. I can even remember saying to myself (many times) that I wish I didn’t believe in God. Atheism would have been easier than trying to reconcile my faith to my sinful behavior. I never did lose my belief (by God’s grace), but facing my sin in light of that dilemma made me realize that belief and unbelief were the stark choices.

The narrow path is narrow because God is the focus. The broad path is broad because the peripheral vision occupies so much of our lives that God fades, gets fuzzy, dissipates until he’s a shadow. Atheism is not so much a problem of belief as it is behavior.

Back to my kids. It occurs to me that the most important means to encourage belief in God, to encourage their love, trust, and hope in God is to encourage repentance and help them cultivate holiness. The greater the sanctification, the deeper the belief. 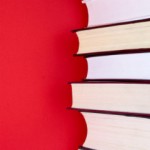 June 28, 2010 No ideas in a vacuum
Recent Comments
155 Comments | Leave a Comment
Browse Our Archives
get the latest from
Evangelical
Sign up for our newsletter
POPULAR AT PATHEOS Evangelical
1