The Psalms in Christian life

The American patriot leader Joseph Warren was killed at the Battle of Bunker Hill in June 1775. Coming upon his bloodied and fallen body, a British soldier plucked a small psalter from his pocket.

Warren had carried the little book into battle, a volume whose pages declare that God “maketh wars to cease unto the ends of the world: he breaketh the bow and cutteth the spear, and burneth the chariots with fire.”

It is fitting that a soldier should carry such comforting lines — those from Psalm 46 –into the midst of a deadly firefight. The words of the Psalms have always been precious to God’s people, whether for their promises of peace and security in times of danger, their words of hope and deliverance in times of despair, or their enthusiasms of praise and exultation for God’s might and mercy.

The Psalms have been used in corporate worship and individual prayer and devotion since the first days of their composition. For the Old Testament saints, they enriched temple and synagogue worship. Those men and women heard the Psalms chanted on the Sabbath and prayed them during their workdays. The Psalter shaped their spirituality and formed their identity as a people whose lives were marked by eager anticipation of the coming Messiah.

Novelist, poet, and religious scholar Evelyn Underhill underlines the significance of this in her book Worship. She calls the Psalter “the gate which admits us to the inner world of Israel’s spiritual experience: the world into which Jesus was born, and in which the real preparation of the Gospel was made.”

The Psalms surrounded the lives of Jesus and the disciples. Both Christ and the apostles quote from the Psalter often. Some of Christ’s final words on the cross come from the anguished lines of Psalm 22. The Psalter’s role in Israel’s redemption is so important that, following his crucifixion, when the resurrected Jesus opened the scriptures and told his disciples about himself, he didn’t stop at the Law and the Prophets; he also went to the Psalms.

The Psalms point to the Gospel. They are the Gospel. They witness to Christ, so it’s no great surprise that the young Church adopted the Psalter as its prayer book and hymnal. The early Christians knew precisely what to do with it. Meat sacrificed to idols, the place of Gentiles in the Church, the observance of Jewish holy days—these were sticky and controversial. But when Paul urged the saints at Corinth to speak to one another in psalms, hymns, and spiritual songs, they didn’t need a council to sort it out. They knew just what he meant because they already had the lyrics running through their heads.

When the Roman governor Pliny the Younger first encountered Christians at the turn of the second century, he wrote to the emperor to tell him about the group and their practices, one of which was to meet before dawn and “sing responsively a hymn to Christ as to a god. . . .” Scholars have noted that the hymn in question was likely from the Psalms. Responsive or “antiphonal” singing from the Psalter (still practiced in Anglican, Orthodox, and Catholic churches — and probably others as well) is a very ancient method of Christian worship.

It is in the use of the Psalter, in fact, that modern Christians worship most like their faithful forebears, those earliest followers of Christ. Says Underhill, “there are few parts of our ordinary public worship which can more surely claim an unbroken descent from the practices of the Apostolic Church.” Joseph Warren’s reliance on the Psalms was the same as any saint from first-century Israel, Egypt, Turkey, or Rome.

How about ours? How much do our churches rely on the Psalms in our Sunday worship? How much do we personally rely on them in our prayers? The more time I spend with the Psalms, the more I am convinced that these are really crucial questions to ask when diagnosing the health of our spiritual life.

“The Psalter impregnated the life of early Christianity,” writes Dietrich Bonhoeffer, who counted the Psalms his favorite book of the Bible. “Whenever the Psalter is abandoned, an incomparable treasure vanishes from the Christian church.”

Over the next several days I hope to explore that treasure in a series of posts, looking primarily at how the Christian life can be renewed and invigorated by using the Psalms in prayer, in worship, and in finding our identity in Christ. I hope you’ll join the conversation. 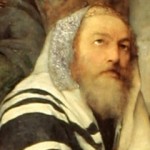 August 4, 2010 Praying the Psalms
Recent Comments
10 Comments | Leave a Comment
"Thank you, I am a Mormon and my love for Jesus Christ is only surpassed ..."
Tina Beal Why Mormons aren’t Christians
"Two kings were about to wage war against King Ahaz. Isaiah comes along and gives ..."
Prizm Is the virgin birth really predicted ..."
"Praying three times a day is the Jewish prayer schedule. Blessing the Lord seven times ..."
Jennifer Lee Why pray the hours?
"So do you have any evidence that the Greek version is more authentic to the ..."
geoffrobinson You’re reading the wrong Book of ..."
Browse Our Archives
get the latest from
Evangelical
Sign up for our newsletter
POPULAR AT PATHEOS Evangelical
1

Should Christians Fight the Culture or...
Cranach
Related posts from Joel J. Miller

Evangelical
'Without embittering and embarrassing others'
Joel J. Miller

Evangelical
The unity of heaven and earth in worship
Joel J. Miller
TRENDING AT PATHEOS Evangelical