Why pray the hours?

When you read the scriptures, you not only learn about the content of prayer (contrition, thanksgiving, petition, etc.), but you also notice the discipline of it, the regularity of it.

Both previously, Daniel and the Psalmist pray three times a day: morning, noon, and evening. And this isn’t just an Old Testament thing. When you read Acts, the apostles follow the same basic pattern. It’s always told as incidental to the stories, but regulated prayer is a common backdrop:

“Now Peter and John were going up to the temple at the hour of prayer, the ninth hour” (Acts 3.1).

“The next day, as they were on their journey and approaching the city, Peter went up on the housetop about the sixth hour to pray” (Acts 10.9).

The ancients marked time starting at dawn, which is roughly 6 a.m., making the sixth hour about noon and the ninth about 3 p.m. To this day these two particular hours of prayer are called by their Latin names of sext and nonce, following the ancient numbering.

Because of these passages and others, such as Psalms 119 in which the Psalmist speaks of praising God seven times daily, including midnight (and see Acts 16.25 for an NT example), the church has from its beginning encouraged “praying the hours.” Take this passage from The Apostolic Tradition, which is usually attributed to Hippolytus of Rome:

Every faithful man and woman, when they have risen from sleep in the morning, before they touch any work at all, should wash their hands and pray to God…. And if indeed you are in the house, pray at the third hour [about 9 a.m.] and praise God. But if you are elsewhere and the occasion comes about, pray in your heart to God. For at that hour Christ was displayed nailed to the tree…. Pray likewise at the time of the sixth hour. For as Christ was fixed on the wood of the cross that day was divided, and a great darkness descended. Therefore you should pray a powerful prayer at that hour…. And they should pray at the ninth hour also a great prayer and give great praise…. For at that hour Christ, pierced in the side, poured forth water and blood and lit up the rest of that day and brought it so to the evening. Hence, in beginning to sleep, he made it the beginning of another day which fulfilled the image of the resurrection. Pray also before your body rests on the bed. Rising around midnight wash your hands with water, and pray…. Do not be dilatory about praying…. For this reason it is necessary to pray at this hour, for those elders who handed on the tradition taught us to do so because at that hour all creation is still for a moment to praise the Lord.

That’s a pretty demanding schedule. But I think that’s the point. Hippolytus knows that people are really bad — I’m really bad — at keeping Christ in mind. He says, “he who prays in the church [in the morning hours] will be able to pass by the wickedness of the day…. If you are faithful to act thus [praying the hours], you shall not undergo temptation, nor will you perish, for you shall have Christ always in mind.”

So there’s real value in being this disciplined. In fact, it’s probably crucial to our sanctification. Disciples of Christ are marked by discipline. We only progress in holiness to the extent we make it a priority. That this is hard goes without saying. But that it appears from both the scriptures and the history of the church as necessary and beneficial is just as obvious. 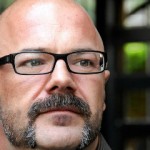 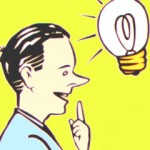 April 17, 2012 3 ways to nourish your mind
Recent Comments
9 Comments | Leave a Comment
"Thank you, I am a Mormon and my love for Jesus Christ is only surpassed ..."
Tina Beal Why Mormons aren’t Christians
"Two kings were about to wage war against King Ahaz. Isaiah comes along and gives ..."
Prizm Is the virgin birth really predicted ..."
"Praying three times a day is the Jewish prayer schedule. Blessing the Lord seven times ..."
Jennifer Lee Why pray the hours?
"So do you have any evidence that the Greek version is more authentic to the ..."
geoffrobinson You’re reading the wrong Book of ..."
Browse Our Archives
Related posts from Joel J. Miller

Evangelical
'Without embittering and embarrassing others'
Joel J. Miller