What if we dumped Rand for Röpke?

After addressing Ayn Rand’s anti-Christian philosophy, I think it’s important to propose an alternative. This is particularly important for Christians who defend the free market and would like to expand economic freedom. Just because Ayn Rand is of the devil doesn’t mean that capitalism is too. They are not the same thing.

Sadly, some people seem to think so. “I think Christians would be less likely to embrace socialism if they understood that the economic philosophy of Ayn Rand is compatible with Christianity,” explains one pundit, as if those were our two choices: socialism and Randianism.

It’s a false dichotomy. Capitalism has had many defenders. Some, rather than being anti-religious like Rand, are self-consciously Christian. Rand’s contemporary, Wilhelm Röpke, is one such example.

Looking back at the tremendous upheavals of the first half of the twentieth century, many responded by embracing socialism, both in Europe and even America. Not Röpke. A professional economist, he lectured, wrote several books, and was partly responsible for engineering Germany’s post-WWII recovery. One of his books, published one year after Atlas Shrugged hit the market, remains essential reading today.

The book is The Humane Economy: The Social Framework of the Free Market, and I think it warrants quoting at length, particularly from the first chapter, which helps explain the crisis in modern Western social and economic systems and explains where Röpke was coming from in addressing the problem:

People may be led by Christian and humane convictions to declare themselves in sympathy with socialism and may actually believe that this is the best safeguard of man’s spiritual personality against the encroachments of power, but they fail to see that this means favoring a social and economic order which threatens to destroy their ideal of man and human freedom. . . . As far as I myself am concerned, what I reject in socialism is a philosophy which . . . places too little emphasis on man, his nature, and his personality and which, at least in its enthusiasm for anything that may be described as organization, concentration, management, and administrative machinery, makes light of the danger that all this may lead to the sacrifice of freedom in the plain and tragic sense exemplified by the totalitarian state.

It’s hard-hitting stuff, but unlike Rand, Röpke grounded his critique of socialism and his defense of free markets in a thoroughly Christian understanding of man and his world.

My picture of man is fashioned by the spiritual heritage of classical and Christian tradition. I see in man the likeness of God; I am profoundly convinced that it is an appalling sin to reduce man to a means (even in the name of high-sounding phrases) and that each man’s soul is something unique, irreplaceable, priceless, in comparison with which all other things are as naught. I am attached to a humanism which is rooted in these convictions and which regards man as the child and image of God, but not as God himself, to be idolized as he is by the hubris of a false and atheist humanism [e.g., like Rand’s Objectivism–JJM]. These, I believe, are the reasons why I so greatly distrust all forms of collectivism.

It is for the same reasons that I champion an economic order ruled by free prices and markets — and also because weighty arguments and compelling evidence show clearly that in our age of highly developed industrial economy, this is the only economic order compatible with human freedom, with a state and society which safeguard freedom, and with the rule of law. For these are the fundamental conditions without which a life possessing meaning and dignity is impossible for men of our religious and philosophical convictions and traditions.

Not only is this critique of an entirely differing quality than Rand’s, it’s far deeper as well. Röpke saw the materialist answers of socialism as papering over the spiritual crisis that beset Western civilization in the middle twentieth century, and still does to this day:

We shall save ourselves only if more and more of us have the unfashionable courage to take counsel with our own souls and, in the midst of all this modern hustle and bustle, to bethink ourselves of the firm, enduring, and proved truths of life. . . . [T]he ultimate source of our civilization’s disease is the spiritual and religious crisis which has overtaken all of us and which each must master for himself. Above all, man is Homo religiosus, and yet we have, for the past century, made the desperate attempt to get along without God, and in the place of God we have set up the cult of man, his profane or even ungodly science and art, his technical achievements, and his State. We may be certain that some day the whole world will come to see, in a blinding flash, what is now clear to only a few, namely, that this desperate attempt has created a situation in which man can have no spiritual and moral life, and this means that he cannot live at all for any length of time, in spite of television and speedways and holiday trips and comfortable apartments. We seem to have proved the existence of God in yet another way: by the practical consequences of His assumed non-existence.

If Röpke is right, then the last thing that we need is more of Rand. We should also draw a critical eye to the materialist answers of consumerism, which today corrodes our society and numbs us to the realities around and within us as surely as does socialism.

We need “to take counsel with our own souls and . . . bethink ourselves of the firm, enduring, and proved truths of life.” We’ve tried economics without reference to God, and no one’s better for it.

Socialism is a dead end, one that represses human freedom. But I don’t need Rand to tell me that. Rand’s critique is unnecessary and ultimately unhelpful because it is undergirded by an atheistic, anti-Christian philosophy. Our choice isn’t between socialism and Rand. We would be far better served by giving more space to people like Wilhelm Röpke.

To read more of Röpke, click here for a free PDF of The Humane Economy. 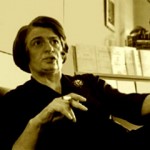 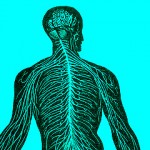 October 31, 2012 Dependent on the body of Christ
Recent Comments
20 Comments | Leave a Comment
Browse Our Archives
get the latest from
Evangelical
Sign up for our newsletter
POPULAR AT PATHEOS Evangelical
1

One out of Five Families Is...
Cranach
Related posts from Joel J. Miller