Forget your legacy, just do the right thing

My wife and I spent part of Tuesday in Atlanta with Alveda King, the daughter of A.D. King and the niece of Dr. Martin Luther King Jr.

During our time there we visited Ebenezer Baptist Church, which has now been carefully restored to its appearance during the civil-rights struggles of the 1960s. Following that, we walked down the street to the birth home of the King brothers.

As we toured the building with Alveda and her daughter, a docent told us stories about the boys growing up: what kind of parents they had, how the boys hated their piano lessons, how they had to recite scripture verses before they were allowed to sit for dinner — always with the family.

It was a tremendous time and provided some helpful context for understanding the King brothers’ later involvement in civil-rights work.

Of the many things that stuck out, perhaps the most immediately meaningful hit me as we were leaving — the docent was a federal park ranger.

Let’s be clear about the significance of that: Martin Luther King Jr. was under federal surveillance when he was alive. Now his childhood home is a federal park. Things can turn around in a generation.

Whether we find it frightening or tempting, it’s easy to project into the future because the present can be so foggy. That’s particularly true if we are in trying times — times of difficulty in our families or businesses, times of testing in our churches or communities. But it’s useless to judge our actions based on how we hope or fear they will be understood in the future.

There’s no measuring the present against the future. It’s an imaginary reference point. There’s only doing the right thing in the slender slice of time available right now. If we get that wrong, we’re likely to make the wrong decisions.

Life is about mustering the courage to be misunderstood in the moment. Dr. King’s life teaches that lesson, and the church gives us many examples like this as well.

Today John Chrysostom is venerated as one of the Three Great Hierarchs of the church, and we celebrate several feasts in honor of this golden-mouthed preacher of Orthodoxy. But how would his contemporaries — not later generations — imagine his future legacy? Chrysostom was, after all, pushed out of his see and died in exile.

It’s the same with Maximus the Confessor. He has two feast days, and his troparion (a commemorative hymn) glowingly refers to him as a “Champion of Orthodoxy, teacher of purity and of true worship, enlightener of the universe and adornment of hierarchs.” But during his life those hierarchs hated him. Maximus died in exile after his tongue was cut out and his hand lopped off to prevent him from speaking or writing.

What is won is rarely evident in its winning. Sometimes our present circumstances look like nothing but a succession of failures.

But we’re not called to secure our future. Only God can do that. Our legacies are in his hands. We are only called to make one honorable choice after another. In the end, it will add up to an honorable life, but we can’t engineer the thing backwards. Could Martin Luther King have imagined what his sacrifices would have accomplished? It seemed at times as if all the circumstances were arrayed against him and the cause.

As we were leaving, Alveda King handed me a book of MLK’s prayers. As I browsed the volume last night, two prayers seemed to speak to the subject at hand.

“Forgive us,” King prayed, “for the what we could have been but failed to be.” As I thought of all the things that might cause us to fall short, I returned to the fear of being misunderstood in the moment.

I also read these humble lines. I want them to be my prayer as well:

God will sort out our legacies. Let’s just work honorably, righteously, in the present with what he’s given us. 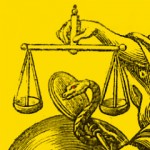 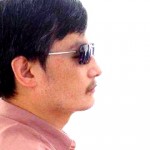 November 29, 2012 Pro-life activist Chen Guangcheng named 'rebel of the year'
Recent Comments
9 Comments | Leave a Comment
"Thank you, I am a Mormon and my love for Jesus Christ is only surpassed ..."
Tina Beal Why Mormons aren’t Christians
"Two kings were about to wage war against King Ahaz. Isaiah comes along and gives ..."
Prizm Is the virgin birth really predicted ..."
"Praying three times a day is the Jewish prayer schedule. Blessing the Lord seven times ..."
Jennifer Lee Why pray the hours?
"So do you have any evidence that the Greek version is more authentic to the ..."
geoffrobinson You’re reading the wrong Book of ..."
Browse Our Archives
get the latest from
Evangelical
Sign up for our newsletter
POPULAR AT PATHEOS Evangelical
1