Giving thanks for C.S. Lewis

Besides Thanksgiving, November 22 this year marks the 49th anniversary of C.S. Lewis’ death.

I read a newspaper obituary about Lewis that my grandmother kept. She preserved the entire paper. The event was buried in the back–barely two column inches if memory serves. The rest of paper, or at least the majority of it, was dedicated to reporting the assassination of John F. Kennedy. Both men died the same day. Coincidentally, both men answered to Jack.

Though popular, this British author could not compete with an American president, and his passing was choked out by pages and pages of copy about the death of Kennedy.

After remembering this fact earlier in the week, I spent some time reading about Lewis’ final years. The biographies of A.N. Wilson, George Sayer, and Alan Jacobs provided windows into his waning days.

A bachelor until late in life, Lewis eventually wed, but the marriage was brief. His wife, the American Joy Davidman, died of cancer in 1960 after just four years of marriage. Following her death, the grieving Cambridge professor found himself a single dad to Joy’s two boys.

Some eleven months later Lewis began experiencing difficulty peeing. Doctors concluded that his prostate was significantly enlarged and that his kidneys were infected, spreading bacteria through his bloodstream and causing heart problems. His condition didn’t go unnoticed by friends. One recalled that he looked “very ill”; another said that he appeared “unwell.”

Besides giving him blood transfusions, doctors put Lewis on a low-calorie diet and ordered him to quit smoking. He disobeyed. “If I did [comply], I know that I should be unbearably bad tempered,” he told George Sayer. “Better to die cheerfully with the aid of a little tobacco, than to live disagreeably and remorseful without it.”

Sayer says that Lewis “never lost his sense of humor.” Indeed, he was famously good natured.

My father, an English teacher, once told me a story that might illustrate just how good natured Lewis was. Another teacher he heard at a conference recounted how she once assigned her college prep students a book review. They could pick any book, and one of the boys in the class chose something by Lewis.

The teacher was excited when the student filed his report. She was a big Lewis fan and had read everything he’d written to that point. But the problem was that Lewis certainly hadn’t written this book. She was convinced the kid made up the report. So–much to the boy’s horror–she sent the report to Lewis.

Six weeks later, the teacher received a response. Lewis was famously serious about answering his correspondence. Inside the letter was a sealed note to the student. She gave the boy the note.

With more than a little fear, he opened it to find words to these effect: “I want to thank you for the review of a book I may someday write.” Lewis went on to say that if the imaginative boy should ever write a book of his own, to please send him a copy.

Lewis never did get to write that book.

Two years after his original diagnosis, he suffered a heart attack and slipped into a coma. The situation was dire and friends feared the worst. Some came and prayed. A priest gave the sacrament of extreme unction. Amazingly, after the sacrament, Lewis awoke, revived, and asked for a cup of tea.

True to form, he found a joke in it.

“I was unexpectedly revived from long coma,” he wrote Sister Penelope, an Anglican nun with whom he frequently corresponded. “Ought one honor Lazarus rather than Stephen as the protomartyr? To be brought back and have all one’s dying to do again was rather hard.”

The wall of books

Though his health improved some, Lewis resigned his position at Cambridge, and settled into life at his home, The Kilns.

Jacobs records another story that captures his good spirits from the time. Following his resignation, Lewis sent his secretary, Walter Hooper, to collect his things from his rooms at Cambridge–including an extraordinary number of books for which he had little room. Back at the house, writes Jacobs,

some comedy ensued when Lewis talked Hooper into building a wall of books around the sleeping body of Alec Ross, Lewis’s live-in nurse, who had chosen the wrong time and place to take a nap.

Lewis’ books have been part of my mental atmospherics for two decades now. I read the Space Trilogy in high school and my first year in college, followed by Mere Christianity and The Screwtape Letters. I read Till We Have Faces then as well and have come back to it several times since. Somewhere in that period I also read Sayer’s biography, Jack, for the first time.

A friend’s dad was a minister and had a dust-jacketless hardcover of God in the Dock that he’d given his son. In those dark days before Amazon and AbeBooks, this was a treasure of inestimable value. I traded my friend a nearly-complete collection of Charles Williams’ novels to secure the important collection of essays.

Williams was a close friend of Lewis and wrote a series of eerie stories that were characterized as supernatural thrillers. One, The Place of the Lion, which imagined Plato’s forms breaking into the material world, influenced Lewis’ creation of his most memorable character, Aslan.

Some years later I wanted to reread Williams’ novels. I lucked out and found the set at a used bookstore. But I had the pearl of great price, Lewis’ God in the Dock, and was able to make much use of it.

In time I found and purchased many Lewis volumes: The Four Loves, Christian Reflections, Studies in Words, Miracles, The Weight of Glory, Present Concerns, and others.

The Narnia stories actually came late for me. I only read them about five years ago now. It’s the same story with Reflections on the Psalms, four years ago or so. About two years ago I read The Discarded Image for the first time.

I haven’t checked, but I would guess that I quote Lewis more than any other author on this blog. I keep coming back to his books, particularly his essays.

The pleasure of re-reading

Lewis was always a serious re-reader. “I can’t imagine a man really enjoying a book and reading it only once,” he once wrote a friend. Rereading “is one of my greatest pleasures,” he said.

Holed up at The Kilns, he reread the Iliad and other books. Sayer lists not only the Iliad and the Odyssey but mentions that he read them in Greek, that he read the Aeneid in Latin, as well as “Dante’s Divine Comedy; Wordsworth’s The Prelude; and works by George Herbert, Patmore, Scott, Austen, Fielding, Dickens, and Trollope.”

Surrounded by his books, Wilson says that Lewis “remained . . . propped up in the very room where Joy had spent so many heroic hours suffering.”

And then he joined her.

It was Friday, November 22. He was cheerful but had a hard time staying awake. He ate breakfast, got dressed, answered some letters. After lunch, his brother Warnie “suggested he would be more comfortable in bed, and he went there.” Warnie took him tea at four. An hour and a half later he heard a crash. Lewis had collapsed at the foot of his bed. Unconscious, as recorded Warnie, “[h]e ceased to breathe some three or four minutes later.”

C.S. Lewis wrote dozens of books, some of profound theological, psychological, literary, and cultural insight. If you’re a fan like me, is there a better way to express our thanks for his life and work than rereading one or two of our favorites this holiday weekend? 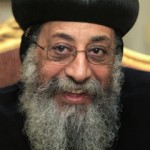 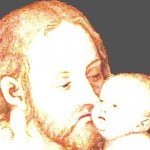 November 26, 2012 What it means to come to Christ as a child
Recent Comments
34 Comments | Leave a Comment
"Thank you, I am a Mormon and my love for Jesus Christ is only surpassed ..."
Tina Beal Why Mormons aren’t Christians
"Two kings were about to wage war against King Ahaz. Isaiah comes along and gives ..."
Prizm Is the virgin birth really predicted ..."
"Praying three times a day is the Jewish prayer schedule. Blessing the Lord seven times ..."
Jennifer Lee Why pray the hours?
"So do you have any evidence that the Greek version is more authentic to the ..."
geoffrobinson You’re reading the wrong Book of ..."
Browse Our Archives
Related posts from Joel J. Miller