Groan. So here we have an unfolding scandal involving infidelity in the highest reaches of the U.S. military and intelligence community, and what does Christian broadcaster Pat Robertson say about it?

Commenting on the affair of General David Petraeus and biographer Paula Broadwell, Robertson said it was “[a]mazing . . . that the affairs of the heart seem to catch these guys.” But then he set up a string of mitigators: Petraeus was away, Broadwell was hot, so what can we expect?

“I mean, who knows?” he said. “The man’s off in a foreign land and he’s lonely and here’s a good-looking lady throwing herself at him. I mean, he’s a man.”

So are half of us, but that’s hardly an excuse for us either. Who knows what really happened, but Robertson’s comments essentially blame Broadwell and reduce Petraeus to so much putty in her hands, as if he gets a pass.

While CBN was quick to clarify that Pat Robertson does not condone sexual immorality, his comments nonetheless boggle the mind. For better or worse, Robertson is a spokesperson for the Christian faith. But as with so many recent comments, he seems increasingly unable to speak without attracting scorn — which naturally attaches to the faith he represents.

The thing to say was that this was tragic for both Petraeus and Broadwell personally, and perhaps even more so for their families. Petraeus is married and has two adult children. Broadwell is likewise married and has two young boys, a ages four and six. Like all infidelity, the sexual sin is only one part of the dynamic. Lies and betrayal corrupt the heart and bring harm to loved ones.

A lot of ‘propinquity’ going on

Petraeus and Broadwell came together while she worked on her book about him. “I think the word is ‘propinquity,'” said Robertson, then joked, “There was a lot of propinquity going on.”

It’s worth looking at that word. Propinquity — personal proximity that results in attraction — is hardly an excuse for infidelity. If anything the Christian tradition outright warns people about it. After being propositioned on several occasions, Joseph runs away from his temptress. Solomon warns his son to stay clear of the seductress. Paul tells us to make no provision for our fleshly lusts. And Jesus says to look on someone lustfully is the same as committing adultery.

Ever wonder how TMZ breaks celebrity news? They go where celebrities are making news. It’s the same with infidelity. If you want something, go where it happens. If you don’t want it, stay away.

Listen to the advice of Sirach:

Do not give yourself to a woman
so that she gains mastery over your strength.
Do not go to meet a loose woman,
lest you fall into her snares.
Do not associate with a woman singer,
lest you be caught in her intrigues.
Do not look intently at a virgin,
lest you stumble and incur penalties for her.
Do not give yourself to harlots,
lest you lose your inheritance.
Do not look around in the streets of a city,
nor wander about in its deserted sections.
Turn away your eyes from a shapely woman,
and do not look intently at beauty belonging to another;
many have been misled by a woman’s beauty,
and by it passion is kindled like a fire.
Never dine with another man’s wife,
nor revel with her at wine;
lest your heart turn aside to her,
and in blood you be plunged into destruction.

Stay close to where your heart should be

While directed at men, the warning works for either gender. Stay away from opportunities to fall. Like Paul said, don’t provide for them. There is a battle for our hearts. If we’re to win it, we can’t be distracted by our lusts and disordered desires.

When Nate Larkin started the Samson Society, an group designed to help men struggling with their various and sundry besetting sins, one piece of advice he gave was that men should stay close to home. Some people cannot because of their job, but the advice is directionally sound. If you can’t for whatever reason, set other boundaries.

Whether physically or emotionally, don’t roam. Stay close to where your heart should be.

Update: Here’s a cool article talking about the same issue from the Jewish perspective. Enjoy. 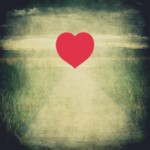 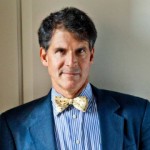 November 15, 2012 ‘Proof of Heaven’ echoes ancient insights
Recent Comments
13 Comments | Leave a Comment
Browse Our Archives
get the latest from
Evangelical
Sign up for our newsletter
POPULAR AT PATHEOS Evangelical
1

Evangelical
The one thing kids need to hear most...
Joel J. Miller

Evangelical
Why are there dirty stories in the Bible?
Joel J. Miller
TRENDING AT PATHEOS Evangelical