Interdependence and the Weakness of Evolution

Interdependence and the Weakness of Evolution January 5, 2014 John Beckett

The current debate on polytheistic theology includes a strong concern over anthropocentrism – the idea that it’s all about us.  Traci Laird articulated some of this in her own blog post and then clarified her thoughts in this comment to my last post.  Rhyd Wildermuth continued the conversation on his blog.  There have been others, some of which I’ve read and some of which I haven’t.  I’ve seen a lot of very thoughtful and thought-provoking commentary, but what I haven’t seen is a working hypothesis on the source of anthropocentrism.

The idea that the world (the universe, Life itself) is all about us – whether “us” means humans, our tribes, or just me – is very old.  The first chapter of the Book of Genesis says

And God said, let us make man in our image, after our likeness: and let them have dominion … over all the earth…

And God said unto them, be fruitful, and multiply, and replenish the earth, and subdue it: and have dominion over the fish of the sea, and over the fowl of the air, and over every living thing that moveth upon the earth.

And God said, behold, I have given you every herb bearing seed, which is upon the face of all the earth, and every tree, in the which is the fruit of a tree yielding seed; to you it shall be for meat.

Modern humans – and every other example of every other species – are the product of millions of years of evolution.  We are who and what we are because our ancestors survived, adapted to environmental changes, and reproduced.  Those who were unable or unwilling to do those things don’t have descendants living today.  We’re the products of evolution’s winners – those who did what it took to win.

Along the way we picked up some habits that were helpful for the continuation of our species.  Look out for yourself – or at least, try not to get yourself killed before you can reproduce.  Learn to see things as black or white, because nuanced knowledge isn’t nearly as important as quickly figuring out whether you can eat something or whether it will eat you.  Favor your blood relatives – they share most of your genes and so their success is almost as good as your own success.

Given these evolutionary pressures, it was inevitable that our religions would be anthropocentric.  We have hundreds of millions of years of experience telling us that the most important thing is the continuation of us. 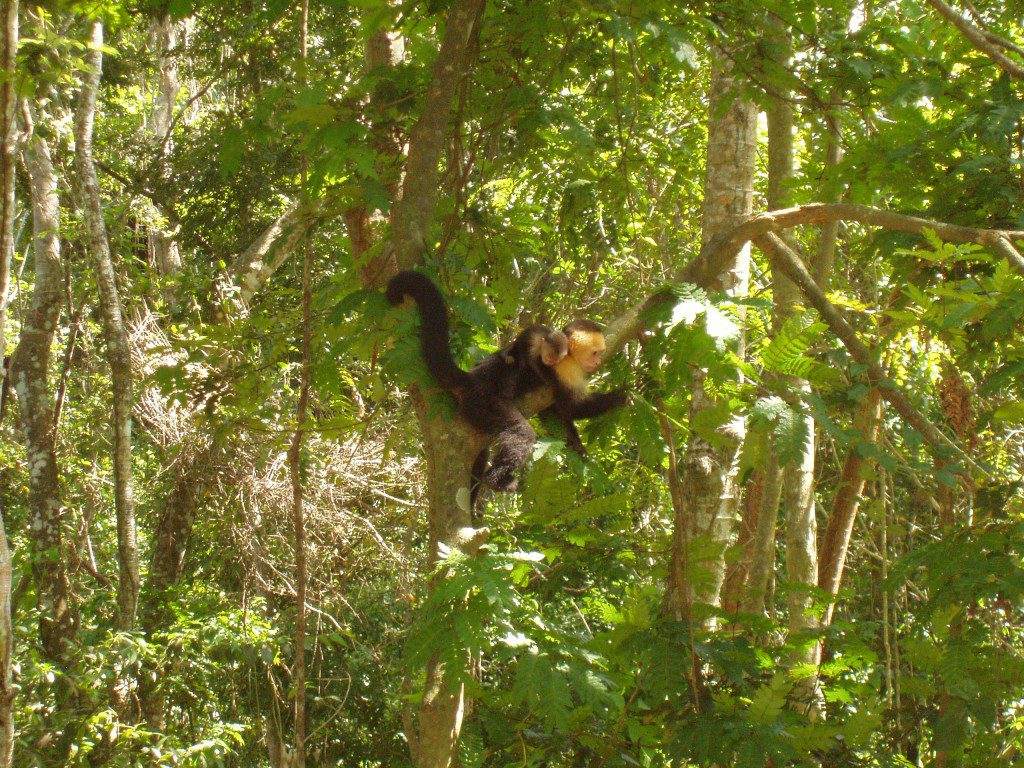 Is it good enough to take us through the next million years?  Or even the next thousand?

Explain our evolutionary selfishness to someone who doesn’t want to bother with the inconvenience of thinking beyond his own immediate wants and needs and you’re likely to get a response along the lines of “other creatures modify their environment, why can’t we?”  Or, as in the very good example Rhyd Wildermuth gives, the wolf doesn’t care if the cow he eats is the last of its kind, so why should we?

Do I have to quote Spiderman?  Do you need the contemporary examples of obesity and overpopulation to understand that following our evolutionary instincts isn’t always the best thing to do?

Our natural predators of disease and famine are not gone, but they have been beaten back.  War still kills too many, but it kills far fewer than at any time since civilization began.  Aided by the fear of scarcity, the myth of dominion, and ordinary greed, the human population has exploded and is consuming resources at a rate that cannot be sustained.

Either we will moderate our behavior or we will suffer the same consequences as the rabbits who multiply beyond the carrying capacity of their environment, and we will take down countless other species with us.  Moderating our behavior is in our own self-interest and it is especially in the self-interest of our species.

Isn’t that just anthropocentrism all over again?  Isn’t that ignoring the inherent worth and dignity of other species and ecosystems?  No – that idea is buying into evolution’s dualistic limitations.  It isn’t that we must choose to be less so others can be more, it’s that we are more when we’re all more, when we cooperate, when we all succeed.

We are interdependent with each other, with other species, and with the Earth herself.  An approach that recognizes this interdependence will be more successful than one that stubbornly clings to the illusion of independence.

About 2600 years ago the Axial Age occurred – a near-simultaneous (on a historical time scale – about 700 years) emergence of the ethical religions of Buddhism, Judaism, Taoism and others in widely separated parts of the world.  Their founders saw how the evolutionary instincts of self-preservation and the promotion of close relatives over others was resulting in needless bloodshed and other suffering.  We still have not completely implemented their ideals, but the world has become a much better place because of them.

We face a similar challenge in our age.  Overpopulation, resource depletion and climate change will cause suffering on a massive scale.  I do not believe some technological deus ex machina will allow us to continue our current lifestyles.  Either we change voluntarily, or we (more precisely, our children, grandchildren and great grandchildren) will change like rabbits who have eaten all the grass.

Some argue we’re already past the point of no return, and in any case the American empire is in the beginning stages of what will be a long, slow, steady decline.  The question isn’t whether we will change – the question is how painful our changes will be.

Reason has been shown to be a notoriously ineffective method of persuading anyone – yourself or others – to change their behavior.  This is why I believe we need a religious approach.  The cure for anthropocentric behavior is to remove the anthropocentrism from our religion, to develop and nurture a reverence for Nature.  Not some romantic impulse for flowers and sunsets, but a reverence for Nature based on the recognition of the interrelatedness of all life and the inherent worth and dignity – and agency – of all life.  In the words of OBOD founder Ross Nichols:

What we need is to induce men to think of themselves as not outside the natural cycle but as active partners with nature in it.  This is almost the opposite of wandering about in natural surroundings and dreaming.  We need a functional approach, not a cult of pretty bits of indulgence in speed sensations.

This is why I honor the Earth and all her creatures.  This is why while I do not live a life of deprivation I do my best to limit my impact on the Earth.

This is why I render due honor to the spirits of the Land, the Sky and the Sea.  This is why I worship the Lord of the Animals and the Lady of the Waters.

This is why I am a Nature-centered Pagan. 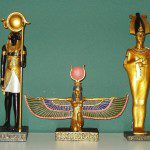 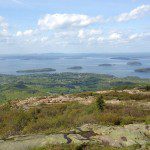