I’m Not OK With This 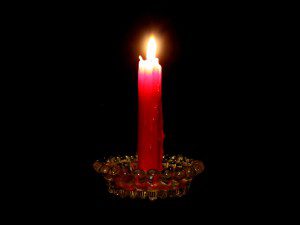 If you’re wondering why I haven’t written anything about Mike Brown, or Tamir Rice, or now Eric Garner, well, so am I. I feel like I’m supposed to say something, but I’ve struggled to figure out what to say that someone else isn’t already saying better and with more authority. I gave my big picture take on Ferguson back in September – it wasn’t a very well-read post. The last thing we need is another old white guy talking just to be talking. So I’ve said nothing online and not much more in person.

But that voice in the back of my head whispering “you need to say something” has gotten louder and louder and now it’s so loud I can’t concentrate on anything else.

So I have to say something.

I frequently complain about the fundamentalist church I grew up in, and with good reason. But they got a few things right, and one of them was a strong focus on changing hearts. Those were the days before Jerry Falwell and the Moral Majority tried to turn conservative Christianity into a political force. They weren’t libertarians by any stretch of the imagination, but they tried to change society by changing lives, not by changing laws.

I think they had the right idea. The Moral Majority was a political failure. On the liberal side, large-scale protests haven’t worked since the 1960s. The political process has generated a few grassroots successes, but the system is flooded with money and responds to the desires of those who provide it. The progress we have made has mostly come through changes in culture and not through legislation.

This is not to completely dismiss politics. I’m reminded of a quote from Martin Luther King, Jr: “it may be true that the law cannot make a man love me, but it can keep him from lynching me, and I think that’s pretty important.”

But the law did not save Mike Brown or Tamir Rice or Eric Garner. The law excused their killers. More importantly, the law did nothing to prevent the conditions that put them in those deadly circumstances in the first place.

And the response from too many folks who look like me has been a tacit approval of the killings and a complete denial of the realities surrounding them.

I want everyone to know I’m tired of the denial. Look hard enough and selectively enough and you can rationalize away any individual case. But look at the facts in total and the picture is clear: too many people are harassed and killed by the very people who are supposed to be protecting them and a vastly disproportionate number of them are black and brown and poor.

I want everyone to know “personal responsibility” is sound advice for individuals and callous oversimplification for societies.

I want everyone to recognize that when the system produces unacceptable results, the moral responsibility for changing the system falls to those who control it and who benefit from it.

I want everyone to know the system isn’t broken – it’s doing what it was designed to do. Perhaps no one wanted the results of the system to be so extreme, but its values are clear: white lives matter more than black and brown lives, those in power and wealth must remain in power and wealth, and defiance of authority can never be tolerated no matter what the cost, and no matter if that authority is abused.

I want you to think about that. This may not be what you intended when you supported “law and order” and “tough on crime” and “zero tolerance” but this is what you got. Maybe that’s working out just fine for you, but are you OK with the extreme impact it’s having on other people?

Because I’m not OK with it, and I want those of you who are on the fence or on the wrong side of the fence to know it.

I’m not a politician and I’m not a political activist. There are some changes in law and policy I’d like to see made, but I’m under no illusion there’s a quick and easy fix for these problems. The only full and lasting solution is to change the values and priorities of the people who operate and benefit from this system. That only happens one heart at a time.

And sometimes, that begins with someone who looks like you saying I’m not OK with the way things are. 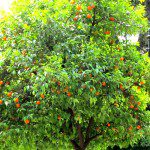 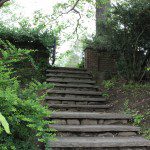 December 7, 2014 Holy Tension, Holy Trust
Recent Comments
0 | Leave a Comment
"It's not even a particularly scientific hypothesis. I'm literally sitting in a room with an ..."
MadGastronomer A Pagan Look at the Origins ..."
"Hi, I read this article with interest and have wondered if the recommended monthly clean ..."
Marko The-Chief Radaković Cleansing in Modern Paganism and Witchcraft
"Everything we think is going on inside a star, while supported by modern physics and ..."
Aelfrey A Pagan Look at the Origins ..."
"I really like the way you define impurity here! So helpful when the culture around ..."
OrderInTheQuartz Cleansing in Modern Paganism and Witchcraft
Browse Our Archives
Related posts from John Beckett 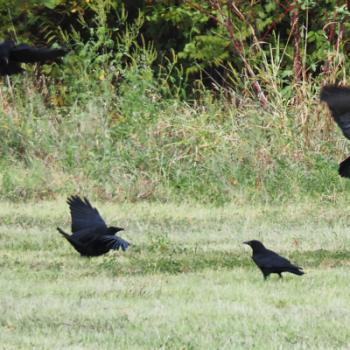 Pagan
Paganism and the Rise of the Nones
John Beckett