The Garden of Eden – A Pagan Reading

The Garden of Eden – A Pagan Reading December 2, 2014 John Beckett 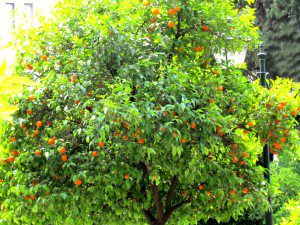 Despite the tremendous gains made by Pagans, Buddhists, atheists, and others, Western society is still dominated by Christianity.  Its scriptures, its artwork, and its institutions are thoroughly imbedded in our culture.  And so are its myths – its stories about who we are, why things are the way they are, and how we should live.

I’m a Pagan and not a Christian – I prefer to write about Pagan ideas, Pagan practices, and Pagan myths.  But in the past couple weeks I’ve hinted at an alternative interpretation of the myth of the Garden of Eden.  This story pops up over and over again in entertainment, in politics, and of course, in religious discussions.  If we’re going to continue hearing about the Garden of Eden for the rest of our lives – and we are – we might as well consider what it might mean for us.

Numerous books have been written about the Eden myth.  I’ve read none of them.  The story has specific meanings for some in the Western Mystery Tradition who operate in and around the Big Tent of Paganism.  I’m not part of them.  This isn’t some grand academic dissertation on the Garden of Eden.  It’s simply my impressions from reading the story as a Nature-centered Pagan.

Most of you know the story.  If you don’t, or if it’s been a long time, go read it again.  Go ahead – I’ll wait here till you’re done.

There is so much in this story.  Read as history – as the fundamentalists wrongly insist – it rationalizes many of the evils in human society, patriarchy being only the most obvious.  Read as myth it speaks of a long-past golden age when all was right in the world.

At its core, the Eden myth is a nostalgic look back at the hunter-gatherer lifestyle by an agricultural people for whom hunting and gathering was still in the collective memory.

The agricultural revolution brought humans many things, but leisure time was not one of them.  Even today with all our equipment powered by fossil fuels, farming is generally recognized as some of the hardest work around.  In the days when all the work was done by muscle power, it was far harder.  Keeping livestock is perhaps less labor-intensive than growing crops, but domesticated animals require constant tending.  If you keep milk cows, they have to be milked twice a day every day without exception.  There is no such thing as a 5-day, 40-hour week on a farm.

By contrast, hunting and gathering requires 15 to 20 hours of work a week, and none of that involves pulling weeds in the hot sun.

Now imagine some Neolithic teenager dragged out into the fields by his parents.  It wouldn’t be long before the whining started.

“Why do I have to earn my bread by the sweat of my brow?  Grandpa told me about a time when we lived in a garden, and if you got hungry all you had to do was walk over and pick some fruit off the trees.”

And the exasperated parent responded “Well, you see, there was this woman, and this snake, and… oh, never mind.  Get back to work!”

This is, of course, a gross oversimplification.  But as someone who experienced a 20th century version of this scenario first-hand, I have no doubt exchanges like this happened many times.   In the centuries between the time it first occurred and the time it was finally written down, the story was refined and expanded to what we have today.

There never was a Garden of Eden.  Hunting and gathering was less work than farming, but it was also less reliable and required far more land to support the same amount of people.  Both ways of living have advantages and disadvantages, but there is no record of any people who went back to hunting and gathering once they adopted farming.  There was no time before work.  There was no time before suffering.

There was no golden age and there is no garden to go back to.  There is only this ground, and these seeds, and these people who need to be fed. 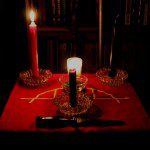 December 1, 2014
Does Magic Undermine the Sovereignty of Nature?
Next Post 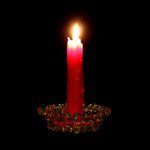 December 4, 2014 I’m Not OK With This
Recent Comments
0 | Leave a Comment
Browse Our Archives
get the latest from
John Beckett
Sign up for our newsletter
POPULAR AT PATHEOS Pagan
1

What Makes a Sacred Place Sacred?
We intuitively understand that some places are sacred. They’re special, they’re powerful,...
view all Pagan blogs
What Are Your Thoughts?leave a comment
Copyright 2008-2020, Patheos. All rights reserved.