Religion and Smart People – A Reasonable Response to Unreasonable Smugness 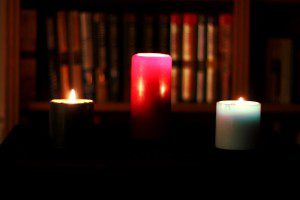 One of the keys to staying sane – and to keeping your blood pressure at a safe level – is to quietly decline to participate in many of the arguments to which you’re invited.

I’ve mostly stayed out of the recent kerfuffle around the place of atheists in the Pagan movement.  While I’m a devotional polytheist who sees the Gods as real, distinct, individual beings, I’m fond of the famous words of Thomas Jefferson “it does me no injury for my neighbour to say there are twenty gods, or no god. It neither picks my pocket nor breaks my leg.”  Both historical and contemporary polytheism include a wide variety of opinions on who and what the Gods are.  If you treat your fellow creatures well, if you can function in society, and if you’re respectful to those with different views, there’s a place for you in the Big Tent of Paganism… or outside the tent, if you prefer.

Despite my desire to stay out of the theist/atheist arguments, occasionally I come across something that demands a response.  From the mainstream publication Salon (and ironically published on the Winter Solstice) comes this piece titled “Religion’s smart-people problem: The shaky intellectual foundations of absolute faith” by John G. Messerly.  It begins with this:

The rest of the essay follows this smug, pseudo-intellectual lead.  Detailing its many logical fallacies and factual errors would take longer than the article itself.  As the textbooks say, that is left as an exercise for the reader.  Last summer I wrote A Reasoned Defense of Paganism – today I want to point out three key errors in the Salon article.

It assumes religion is all about belief.  Messerly says “when sophisticated thinkers claim to be religious, they often have something in mind unlike what the general populace believes.”  Well, yes.  There are Christians whose first priority is living like Jesus taught, not believing man-made doctrines about Jesus.  There are Buddhists who follow the Buddha’s teachings on how to live and are serious about his instruction to not believe anything even if the Buddha himself said it unless it makes good sense.

More relevantly to us, there are Pagans and polytheists whose primary practice is to honor their Gods and ancestors, even though they aren’t quite sure who and what the Gods are or if their ancestors are aware of their work.

It makes scientistic materialism the ultimate arbiter of what is true.  Messerly asks – and not rhetorically

is belief without reason and evidence worthy of rational beings? Doesn’t it perpetuate the cycle of superstition and ignorance that has historically enslaved us? I agree with W.K. Clifford. “It is wrong always, everywhere and for everyone to believe anything upon insufficient evidence.”

Science and the scientific method have worked wonders in helping us understand the natural world, and only a fool ignores the evidence science discovers and the conclusions that evidence supports (young Earth creationists and climate change deniers, I’m talking to you).  But science can’t explain love, and to the extent it tries its answers are unsatisfying and unhelpful.  Science can’t tell you what’s good and right and helpful.

Ralph Waldo Emerson said “a man will worship something … That which dominates will determine his life and character. Therefore it behooves us to be careful what we worship, for what we are worshipping we are becoming.”  Define worship however you like – use non-theistic concepts if you don’t believe in any Gods.  Science and materialism can’t help you figure out what to worship.  Well, it can try, but its answers aren’t very fulfilling, and ultimately aren’t very helpful to the world at large.

It completely ignores religious experiences.  Messerly speculates on the origins of religion:

Religion may have evolved to enhance social cohesion and cooperation

Religious beliefs and practices arose as byproducts of other adaptive traits

Nowhere in his essay does he even mention the wonder and awe that comes from standing underneath the night sky, realizing how small and brief you are and yet you’re a part of it all.  Nowhere does he mention the feelings of joy and terror that come when a God or spirit merges with you and you feel Their intimate presence.  Nowhere does he discuss the empowerment and the obligations that come when you feel a call to something more.

Nowhere does he acknowledge that sometimes prayers are answered and sometimes the magic works.

Yes, there are valid social reasons why religion persists – if there weren’t, religion would have disappeared in the West, since mainstream religion has largely been stripped of experience.  That’s one of the main reasons Pagan religions are growing – we do a much better job of facilitating religious experiences than the Abrahamic religions.

Any explanation of religion that ignores religious experiences is at best incomplete.  Messerly’s explanations are completely inadequate.

While I’m a polytheist who is called to prepare the Way of the Gods, I really, truly don’t care what you believe about Them.  If your free and responsible search for meaning and truth has led you to conclude there are no Gods and you’re happy with that, I’m happy for you.

But don’t try to tell me I need to abandon a path that’s proved meaningful and helpful just because some people believe some dumb things and some smart people don’t believe anything at all. 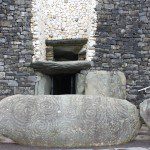 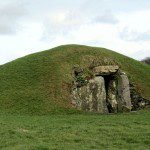 January 18, 2015 Who Are Our Ancestors?
Recent Comments
0 | Leave a Comment
"There are many more Christians "who just want to celebrate the seasons" than the Archbishop, ..."
Diana Sinclair Paganism in a Post-Christian World
""When did I know I was a Witch?" After I studied, was instructed by Coven ..."
Kyllein MacKellerann When Did You Know You Were ..."
"Thank you for this elaborate answer. Between my comment in the other post and today, ..."
narya If You Want To Do It, ..."
"This is a very inspirational post. I like the concept of "do or do not; ..."
Donetta Sifford If You Want To Do It, ..."
Browse Our Archives
Related posts from John Beckett