Dreams of a Pagan Public Spectacle

Over on the Science on Religion blog, Connor Wood has an interesting take on the cool kids who ridicule the Super Bowl.  He’s mostly sympathetic to their reasons (and so am I) and he does a good job of identifying the deeper problem.  The post is titled America’s public ritual gone terribly wrong and it’s well worth reading.  Here’s his conclusion:

Love it or hate it, the Super Bowl is our great national spectacle.  It’s the mainstream culture’s collective statement of who we are, what we value, and what we want to be – for better or worse.  There’s the game, filled with strategy and athleticism – and expressed through violent aggression.  There’s the halftime show, featuring samples and sound bites and just-because-we-can staging – and carefully planned to avoid offending mainstream sensibilities.  And it all revolves around the commercials, all designed to get you to buy things you don’t need and probably don’t even want.

Wood is right – this is a devilish use of spectacle.  It could be so much more.  He says:

Around the world, theater’s roots are in religion … Now, take all those basic tools of mystery and ritual – spectacle, performance, archetypal imagery, music and rhythm – and completely void them of all meaningful emotional or existential content. Strip away their ability – no, their interest – in grappling with life’s essential questions. Instead, inflate them with a ghastly market ethos, in which literally nothing is sacred and the only meaning is to sell. Magnify by the size of an entire continent. Voilà. You’ve got the Super Bowl.

What alternatives do we have?  What other spectacles still exist in the 21st century?

Many people in this country got up well before dawn to watch the last British royal wedding in 2011.  I was up early anyway – I turned it on and watched as much as I could before I had to leave for work.  I had been to Westminster Abbey a few years earlier – I wanted to see the places I had been.  And of course, I love ritual.  It was quite the spectacle.

Now even ordinary weddings are frequently turned into spectacles.  I don’t mean that as a criticism (except to the extent it takes the focus off the primary purpose of the wedding) – couples are using the occasion to make a big, bold statement about who they are, what they value, and what they want to be.

The only big public spectacle in this country that can hold a candle to the Super Bowl is Mardi Gras, with its weeks of parties and parades.  But it’s helpful to remember that despite its lavish, often-drunken excess, Mardi Gras is essentially a Christian celebration – it’s the last big blow-out before the austerities of Lent begin.  No Lent, no Mardi Gras.

Perhaps the closest thing to a Pagan public spectacle is the Beltane Fire Festival in Edinburgh, Scotland.  It’s a public procession and ritual play celebrating Celtic heritage and the turning of the seasons.  It features fire, drums, and nearly-naked performers in brilliant body paint (in Scotland, on the first of May, at night – I have great respect for their dedication!).  It began as a small event in 1988 and has grown to hundreds of performers and thousands of spectators.

It’s officially a cultural event, not a religious one… but separating religion and culture is ultimately impossible.

For 20 years, Amy Martin ran the Moonlady Winter SolstiCelebrations in Dallas. They weren’t exactly spectacles, but they were close.  Part interfaith worship service, part community gathering, part variety show, they celebrated the return of the light and the possibility of rebirth in our lives.  I had a part in three of them.  Unfortunately, while many people contributed, the events were driven almost entirely by the force of will of one person.  When Amy couldn’t continue driving the train, Winter SolstiCelebration ended.

Let me be clear: spectacle is no substitute for deep, meaningful, authentic ritual and worship.  If all you do is spectacle, you’ve got a pretty weak practice.  But spectacle has value.  It makes a big bold statement about who you are and what you value.

People who don’t watch football all year watch the Super Bowl.  They see a celebration of violence, domination, flash-over-substance entertainment, and the virtues of excessive consumption. 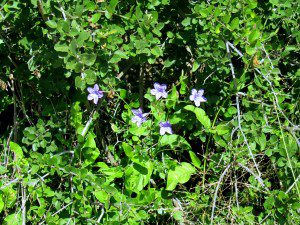 The Super Bowl wasn’t invented as a grand spectacle.  It began as the AFL – NFL Championship Game – over 1/3 of the tickets to the first game went unsold.  But it grew and evolved.  We can’t invent a Grand Pagan Spectacle.  But we can create our own smaller events and see what grows.

With our knowledge of myth, familiarity with mystery, and skills with ritual, Pagans are uniquely qualified to create and present spectacles that are far more helpful than the Super Bowl.

Will any of them be bigger than the Super Bowl?  It’s unlikely – sporting events have real-time drama that no parade, show, or scripted ritual can match.  But a Grand Pagan Spectacle doesn’t have to be the biggest – it just has to be big enough.

So all you Pagans who are too cool for the Super Bowl: are you ready to reclaim spectacle for the greater good? 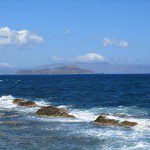 February 5, 2015
Verbal Assaults and the Fear of Real Gods
Next Post 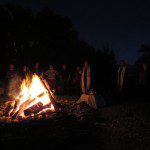 February 10, 2015 ADF Texas Imbolc Retreat
Recent Comments
0 | Leave a Comment
Browse Our Archives
get the latest from
John Beckett
Sign up for our newsletter
POPULAR AT PATHEOS Pagan
1