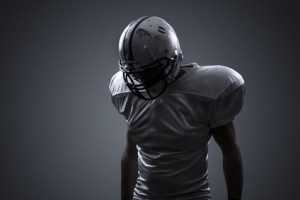 Last year around this time I wrote a piece, “Holden Caulfield and the Super Bowl,” in which I shook my finger at the smarmy geek-culture “Sportsball” meme. Sportsball, a word that conveys how very, very little speaker the proud speaker knows about sports, is a fine example of the conspicuous disdain of sports generally among certain educated types – those whose sense of personal identity derives solely from their being educated. For the rest of us, who have other, less desperately insecure sources of identity,* sports can be a welcome exercise in imagination and play. However, there’s truth to be found in more curmudgeonly descriptions of the Super Bowl as a “late-capitalist orgy of excess and jingoism.” Last night’s Super Bowl exhibited some of the worst aspects of ritual gone wrong.

I mean, I enjoyed the game. Living in Boston, I suppose I’m a Patriots fan, although my true allegiances are with the middle-of-the-country Packers and Broncos. Unlike many Super Bowls, this was a stellar matchup, with a nail-biting ending and gutsy plays and comebacks. Wonderful, right? I enjoy a good drama, and this game certainly was that.

But this was also a lot more. The Super Bowl is, and has been for decades, a “convergence of sports, politics, and myth,” according to religion scholar Joseph L. Price. As Price recently explained to The Week:

Like festivals in ancient societies, which made no distinctions regarding the religious, political, and sporting character of certain events, the Super Bowl succeeds in reuniting these now disparate dimensions of social life.

Nowhere was this pagan blending of ritual, sport, and state on better display last night than the halftime show featuring Lady Gaga, or possibly Katy Perry. Riding on a giant walking tiger float whose massive legs were moved by hidden lackeys, Perry entered the stadium like a veritable goddess. I don’t mean that in a good way. This sort of otherworldly spectacle has been used since time immemorial to conjure powerful emotions and sentiments, to stir up a profound sense of the numinous among participants. Masks and costumes are ubiquitous in initiation rites, religious festivals, and rituals. Across societies, gods and spirits become real when they are enacted, when the sacred play of ritual gives them a stage. But rarely has ritual theater served such vapid ends.

Around the world, theater’s roots are in religion. As the ritual studies scholar Ronald Grimes reminds us, in ancient Greece the plays of Sophocles weren’t just entertainment – they provided a sacred fulcrum for the community, a place where one’s identity as an Athenian was renewed and the deepest moral issues of life were wrestled with in a regulated, collective arena. The mystery cults that thrived during the height of the Greek classical era, which may have influenced early Christian communities, almost certainly centered on theatrical ritual elements.

Now, take all those basic tools of mystery and ritual – spectacle, performance, archetypal imagery, music and rhythm – and completely void them of all meaningful emotional or existential content. Strip away their ability – no, their interest – in grappling with life’s essential questions. Instead, inflate them with a ghastly market ethos, in which literally nothing is sacred and the only meaning is to sell. Magnify by the size of an entire continent. Voilà. You’ve got the Super Bowl.

Together with the commercials, which largely opted for the weepy emotional angle this year, you’re left with a gargantuan public spectacle that has all of the mechanics and trappings of sacred ritual but none of the value or meaning. The commercials’ manipulative invocations of sacred values, like fatherhood and family responsibility, occasionally offered the cynical hope that there could be a moral core to the whole spectacle – but in the last few seconds of each ad spot they tried to sell us cars or insurance or whatever, and we were jolted back into reality. This was an utterly mercenary affair.

A great deal of social life is about signaling who we are, or who we hope to become. Our tastes let us display to everyone which groups we belong to – or want to be seen as belonging to. Accordingly, many of my friends who dislike football aren’t just geeky anti-sports misanthropes. They’re motivated by a thinking person’s disdain for the vapid role football plays in American public culture – the beer commercials, the broisms, the peculiar mixing of rigid American patriotism and militarism with sacred symbols and sporting motifs. These friends dislike football in order to distance themselves from that world of plastic patriotism, that brittle national identity centered on Buying Things and ultimately sourced in a desperate, repressed fear of death.

I agree with them. This is not an identity worth signing on to.

But in secular American society, the only experts in the tools of ritual and spectacle are the marketers. The only time we ever see ritualized spectacle, of the kind that forges a lasting collective identity and hauls the eternal human drama back onto the stage, is when some advertiser is actively preying on us. Thus, in the minds of many thinking persons, ritual and civil religion have become permanently identified with manipulative commercialism, are tainted with that odd brand of mass-market kitsch which Americans have somehow accepted as their collective emotional totem.

This is not good. By convincing the educated and thoughtful that ritual is the tool of banal evil, that all of civil religion is summed up in a beer commercial, the advertisers have cornered the market on the ancient art of public religious theater. They have no competitors on the mass stage. The sensitive and intelligent are now unwilling to even touch public ritual with a ten-foot pole. Everyone else probably has a deep-down sense that something is not okay, that our grinning marketing culture is trying to distract us from something important. But then the next SUV commercial appears and everybody is distracted once again.

Again, I like sports. They exemplify the central role of play in human culture, the crucial importance of arbitrary rules and ritual. We’re ritual animals. As children, we’re probably even hard-wired to learn rituals – to observe and replicate sequences of behavior that are not apparently practical, such as kneeling to receive communion or shaving each morning. We bond most easily to one another when we step into shared imaginative worlds, where we agree on invented rules, where ritual takes over from physics as the primary arbiter of reality.

Football is such a world. There’s no physical difference between the end zone and the one-yard line. They’re objectively identical patches of turf. It’s the rules of the game that make them different. The game works because everyone on the field agrees that there’s a very important difference between that one-yard line and the end zone just beyond it.

Agreements like this – rules that govern imaginative play – are what make social life possible. When do we really bond with our friends? When we play sports or board games, watch movies, recite ghost stories. This is why extremely literal-minded people, such as those on the autism spectrum, often have social difficulties. Imaginative playrooms, where literal truths are subordinate to imaginative exercises, are where we forge our truest bonds.

And so the real tragedy of American public culture’s abuse of imagination is that highly educated critics, such as my fellow religion blogger Cris Campbell, feel pushed toward literalism as the only ethically valid response. Play and ritual must be dangerous, “beholden to fantasy and scripts,” because they produce such monstrosities as the Super Bowl. Therefore we must shun them in the service of the rational greater good.

This is, of course, baloney. Human culture doesn’t work without imagination governed by fanciful conventions. But the saccharine corruption of American public ritual is making us forget that.

Which suits the bad guys just fine. Remember the movie The Usual Suspects? In one scene, Kevin Spacey’s character intones that “the greatest trick the Devil ever pulled wasn’t convincing the world that he didn’t exist.” It’s a memorable quote. But it’s wrong. The Devil’s greatest trick is being pulled off right now – in the form of a 21st-century market culture where the only public rites are vacuous capitalist orgies. It convinces the educated that all sacred spectacle is the Devil’s property, and should be soundly rejected by all reputable persons. The trouble is, with the educated and the sensitive now sneering at the entire concept of ritual and sacred play, the Devil gets the playing field to all to himself.

Public service announcement:  See last Friday’s excellent XKCD for a heartening expression of why you shouldn’t act superior about not liking sports. Using the “Sportsball” meme to show off how intellectual you are is still annoying, even though our public rituals ARE royally messed up.

* Or who are Buddhists and therefore, conveniently, have no ultimate personal identity