Why Pagan Theology Is Important 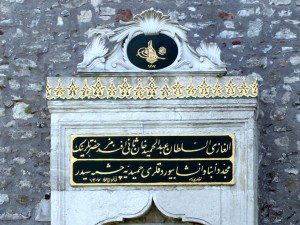 Over on the Patheos Atheist channel, Bob Seidensticker has a good piece titled Your Religion Is a Reflection of Your Culture—You’d Be Muslim if You Were Born in Pakistan.  There’s a very strong correlation between the religion of birth and the religion practiced as an adult.  Conversions do happen (I’m proof of that) but they’re fairly rare, particularly outside the West.

I came to pretty much the same conclusion many years ago – it’s the biggest reason I could not remain in Evangelical Christianity and became a universalist, the path that would eventually lead me to Paganism, Druidry, and Unitarian Universalism.  The odds on salvation vs. damnation are highly dependent on where and when you’re born, and that gross unfairness is incompatible with a God who is supposedly both all-powerful and all-loving.

Seidensticker’s piece is good, but I want to explore the implications of one of the comments made by someone using the name MrCorvus:

IMO, logically, either all religions are correct (many paths to God) or they are all wrong (religion is man-made).

The other option, that one religion is correct and all the others are wrong, doesn’t make any sense to me. It would imply that an all-powerful, loving God decided that the fate of your eternal soul would come down to a crap shoot on where and how you happened to be born and raised.

This is a question of theology – the study of the nature of the Gods.  There’s a been a bit of an uptick in postings on Pagan theology lately.  Sable Aradia has a nice recap, which includes my piece on the Four Centers of Paganism, though I see the Four Centers as a work of religious studies, not theology.

Last week on PaganSquare, Gus diZerega wrote about Why Pagan theology is so unimportant among Pagans.  If we lived in a Pagan bubble, perhaps Gus would have a fair point – but we don’t.  We live in a culture that is saturated with Christian assumptions, something MrCorvus’ comment illustrates perfectly.  He sees only three possibilities: 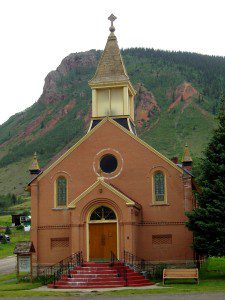 There are two unstated assumptions here, both of which flow out of our nominally-Christian culture.  The first is the assumption that either there is one God or there is no God.  The polytheist option – that there are many Gods – is never considered.  Perhaps MrCorvus has the Victorian attitude that polytheism is something primitive that all good educated people have abandoned, but more likely he’s simply never given the idea of many Gods the first thought.

Pagans don’t proselytize and we have no need to convert MrCorvus or anyone else.  But he is representative of the general population from which we draw, and the society in which we live and work.  How many people hear the call of the Gods but will never respond because they can’t imagine that Athena and Odin and Morrigan are anything more than characters in some old stories?

Getting good Pagan theology into mainstream conversations lets everyone know there are more possibilities than one God or none.  Many Gods is another option.

The second unstated assumption is that any religion must either be correct or wrong, with the most important question being what happens after death.  Christianity is – at least in its conservative forms – a death-preparing religion.  It’s about “getting right with God” so you’ll go to heaven when you die.  What you do in this life is only important to the extent it prepares you for death, whether that means holding the right belief, belonging to the right church, or performing the right actions.

What’s never considered is that perhaps what’s most important isn’t what happens after death but what we do here in this life.  Our ancient pagan ancestors developed the field of philosophy to address this question:  how should we live?  Paganism is a life-affirming religion. 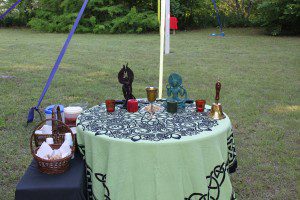 There is reason to doubt the historicity of the Marcus Aurelius quote I see on Facebook from time to time, but it’s still true:

Bob Seidensticker is right:  your religion is a reflection of your culture.  And Western culture is filled with Christian assumptions, many of them unstated.  If we are to make Paganism and polytheism accessible to ordinary people who need and want what our religions offer, we’re going to have to challenge unstated assumptions like these, and we’re going to have to offer well-reasoned, well-articulated alternatives.

And that’s one of the reasons Pagan theology is so important. 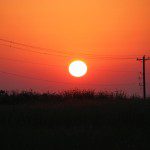 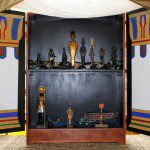 June 14, 2015 The Neteru in the 21st Century
Recent Comments
0 | Leave a Comment
"I have to laugh.. in agreement. . I was one of those who was picked ..."
Robin Kanstein Sometimes The Gods Take What They ..."
"Vetting procedures are standard in cultures with functional traditions of magic and divination. That's why ..."
Gordon Cooper Channeling a God, or Why People ..."
"I recently caught a bit of the Dateline documentary about the Love Won group and ..."
Debbrah Foxveil Channeling a God, or Why People ..."
"I haven't read this one, but I've heard it's quite good. Thanks for the recommendation."
John Beckett Five Non-Pagan Books For Pagans
Browse Our Archives
get the latest updates from
John Beckett
and the Patheos
Pagan
Channel
POPULAR AT PATHEOS Pagan
1