You Have A Destiny

Druid and philosopher Brendan Myers had a blog post a few days ago titled Spiritual Negations: Ten Ideas in Religion and Spirituality Which I’m Very Sure Are False. The list is a good antidote to some of the spiritual crap I see floating around the internet. Brendan’s spiritual negations include “nothing is eternal” “you are not born sinful” “you do not have a soul mate” and my favorite “there is no such thing as the Law of Attraction.”

I’m a devotional polytheist, so it’s no surprise I disagree with his statement that “the worship of the Gods is not what matters.” But based on previous exchanges I think Brendan and I are closer on this point than it seems at first. It all depends on how you define worship.

There is another disagreement in the list, and that’s what I want to focus on in this post. Brendan says “you do not have a destiny.” Here’s his entire paragraph:

Each of us is absolutely unique in the world: there will never be another person like you, ever again. From this obvious fact, it does not follow that any of us are particularly selected for anything. There are no forces at work in history or in the soul which, a priori, pick out one person or another for any kind of greatness. You are not “evolving” and you are not a “chosen one.” Your spiritual books and teachers might be telling you that you have special knowledge or talents, or that you are an “old soul” or an “indigo child” or that you are awakened, or ascended, or the reincarnation of an important historical character. You’re not. You’re the same as everyone else here on earth. Completely unique, completely irreplaceable, completely different from all others – but not necessarily special for that reason alone.

There is nothing in that statement I’m going to argue with. If reincarnation is true then some of us are old souls, but “old” and “wise” aren’t always synonymous. Each of us has the inherent dignity, worth, and sovereignty shared by all creatures, but beyond that, our greatness or lack thereof comes from what we do, not who we are. I’m not a special snowflake and neither are you.

But you still have a destiny. Actually, you have two.

There is the destiny of your talents. Each of us has a set of skills, interests, and capabilities that is, in Dr. Myers’ words “completely unique, completely irreplaceable, completely different from all others.” There is something in life that you are particularly well-suited for. What interests you, above all else? What brings you joy, above all else? What are you really really good at?

But the question of your destiny isn’t only about you. What does the world need? Soldiering is an honorable profession, but we could really use some more peacemakers. We have plenty of factory farms, but we could use some more farmers who use organic, sustainable methods. Christian theologian Frederick Buechner said “the place God calls you to is the place where your deep gladness and the world’s deep hunger meet.”

Can you make a living at that intersection? Maybe you can, maybe you can’t. That’s another good argument for a guaranteed basic income – it would mean more people doing necessary things they’re really good at instead of struggling to fit into a system just to keep food on the table.

But if you’re called to do something, making a living from it is a secondary consideration. If you’re a writer, write. Write early in the morning, late at night, and on weekends. If you’re a gardener, tend your crops even if they’re growing in planters in your apartment windows. If you’re a priest, bring your priesthood into your day job – not to proselytize, but to embody the virtues of your Gods for all to see.

Finding the destiny of your talents is not easy. It requires research and exploration. For those of us whose destiny lies outside the mainstream, this may take many years. Your deepest desires are what you really want, not what you’ve been told you’re supposed to want. I was well into my 30s before I accepted that climbing the corporate ladder and getting rich wasn’t going to make me happy. But being a Druid and a priest, doing the things I write about here, and funding it all with a job as an engineer? I’m quite happy with my life as it is now.

There is the destiny of your choices. “Destiny” carries the implication of inevitability – something that’s going to happen whether you want it to or not. The destiny of your talents is advisable but it is clearly not inevitable. You may never find that point where your deep gladness and the world’s deep hunger meet. Or you may reject it because the social pressure to conform to something else is too great.

The destiny of your choices is not inevitable, but it’s looks an awful lot like inevitability.

Whenever you make a choice, you say “yes” to one thing and “no” to everything else. But you don’t just say no to the choices you rejected, you also say no to everything that would have followed those choices. Shortly after I graduated college, I was dissatisfied with my job. I looked into going to graduate school full time. But I already had a car payment – quitting my job would mean losing my car. The decision to buy a car – that seemed so simple and necessary at the time – had effectively eliminated the option of going to graduate school full time. With the loss of that option I also lost all the experiences I would have had as a full time graduate student and I locked myself into a series of experiences (and future options) in full time employment.

Make enough choices – including choosing not to choose and including choices you don’t recognize as choices at the time – and eventually you find yourself on a path that looks like destiny, even though it is simply the cumulative consequences of your free will.

What choices have led you to where you are today? Where are they leading you in the future? Do you like the journey? Do you like where you’re headed? If you don’t, make different choices and change your destiny. This is one of the purposes of divination: not to show you what must be, but to show you what will be. If you don’t like the future the cards show you, do something to change it.

Can anyone who doesn’t like their life simply choose to change it? In theory, yes. In practice, it’s complicated… and it’s much harder for some than for others. Even in this country where everyone is supposedly created equal, your privileges, hindrances, and opportunities are strongly influenced by the circumstances of your birth and your environment. Anyone can make different choices and in doing so make their life better – and if we’re talking about your life, that’s your best bet for improvement. This is one of the core principles of Self-centered Paganism.

We’ll build a society where the destiny of choices – even bad choices – never leads to a preventable death.

Perhaps building that society is part of your destiny. 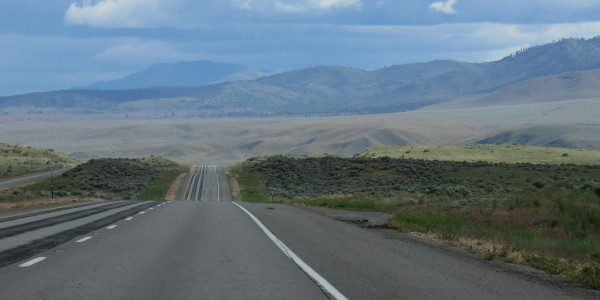 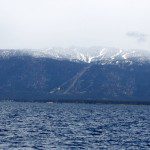 June 1, 2015
A Skeptic’s Guide to Gods and Spirits
Next Post 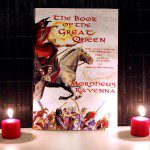 June 4, 2015 The Book of the Great Queen
Recent Comments
0 | Leave a Comment
Browse Our Archives
get the latest from
John Beckett
Sign up for our newsletter
POPULAR AT PATHEOS Pagan
1