The Return of the Dark

The Return of the Dark September 13, 2016 John Beckett 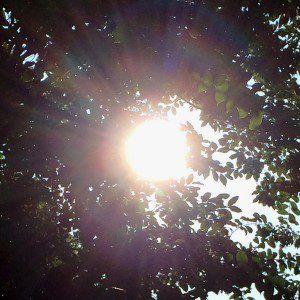 Some years ago I heard a story about a little girl whose beloved grandfather died. She wondered where he was now, so she asked all the religious leaders in her community what they thought (can you tell this is a UU story?). The Baptist preacher talked about heaven and hell, the Buddhist lama talked about reincarnation, and a Humanist said something poetic about stardust. Then she went to see the Wiccan high priestess, who talked about the Summerlands.

The little girl cocked her head, gave the priestess a confused look and said “you mean it’s summer all the time? Lady, I’m from Texas – that sounds like hell to me!”

Texas summers can be hellish. Labor Day is the de facto end of summer in the United States, but in Texas summer-like temperatures usually continue well into September and occasionally into October. This year has been fairly average, but it varies widely from year to year.

What doesn’t change is the progression of the sun through the year. At the summer solstice, the sun rises and sets as far to the north as it will all year and the days are at their longest. Since then, sunrises have gradually moved southward and gotten later.

I walk outside before work most mornings. I usually get started a little after 6:00am and finish around 7:00. This makes it easy for me to follow the changing of the seasons. Back in June, the sun was up shortly after I started and we had full daylight by the time I stopped. Now we’re in full darkness when I start and the sun is still below the horizon when I finish.

The Fall Equinox is next Thursday, September 22, at 9:21am CDT. After that and until the Spring Equinox next year, the nights will be longer than the days. The dark half of the year is returning. And I, for one, am very glad.

“You – you will make no terms with the spirits of fire and earth and air and water. You have made the Darkness your enemy. We – we exchange civilities with the world beyond.” – William Butler Yeats, The Celtic Twilight

Even in the Pagan community, where we gather at night and celebrate the moon and where black is the new black, the idea of light / summer / warm is often considered good, while dark / winter / cold is considered bad. We still have deep ancestral urges to fear the dark and what might be lurking in it. Ice and snow can strand us and freezing temperatures can kill us, whereas heat usually is just an annoyance.

But several hundred people die of heat-related complications each year in the US. “Balance” is an overused term in Paganism, but it’s still necessary. Too much of anything isn’t a good thing – even drinking too much water can kill you.

Ever try to sleep in a room that’s too bright or too hot? We need the cool dark to rest and recuperate from our labors. Seeds need dark moist soil to germinate and begin their growth. The dark removes distractions and encourages us to focus on just what’s in front of us, just within range of the candlelight. We close our eyes to begin our journeys within, and our journeys beyond.

“Light thinks it travels faster than anything but it is wrong. No matter how fast light travels, it finds the darkness has always got there first, and is waiting for it.” – Terry Pratchett, Reaper Man

We have people in our community who just want to spread light and love. I respect their intentions and many of them do good work… and some of them are my good friends. But there are times when we need the dark.

“How can I be substantial if I do not cast a shadow? I must have a dark side also If I am to be whole” – C.G. Jung

Witchcraft does what must be done, even when it’s dangerous and dirty. White-robed, Nature-loving Druidry has a dark side.

I don’t particularly like casting curses, but when there’s nothing else I can do, I’ll do it. Some of the things that lurk in the dark scare me, but when I need to make common cause with them, I will.

“I am a forest, and a night of dark trees: but he who is not afraid of my darkness, will find banks full of roses under my cypresses.” – Friedrich Nietzsche, Thus Spoke Zarathustra

I’m happy for the return of the dark. I’m happy for the shorter days and cooler temperatures. I’m not particularly fond of winter (and I get less fond of it the older I get), but I agree with the little girl in the story: never-ending summer would be hell.

So as we approach the Autumn Equinox and as we get ready to celebrate Mabon or Gleichentag or Harvest Home or Alban Elfed or whatever your tradition calls this point on the Wheel of the Year, take a few minutes to appreciate passing from the Light Half to the Dark Half.

Blessed be the dark. 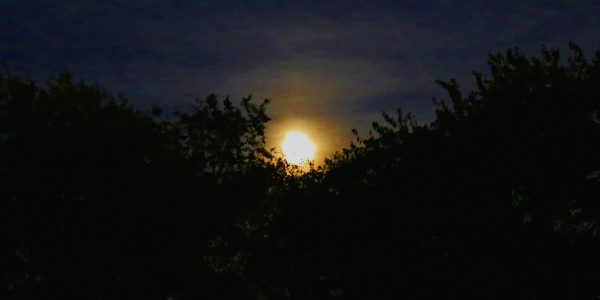 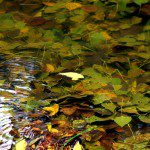 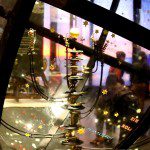 September 18, 2016 I Do Believe In Mercury Retrograde! I Do, I Do, I Do!
Recent Comments
0 | Leave a Comment
"I love this story! I have so many ideas about where we might have come ..."
GaryK We Are Immortal
"Just a quick note:The Higherside Chats link doesn't seem to be working."
Rand B. Lee Real Magic: The Scientific Evidence for ..."
"Thanks, what a great post! Shared!"
Jon Cleland Host Trump is Fundamentalism’s Battle of the ..."
"I didn't think about ley lines - they aren't a big thing in the tradition ..."
John Beckett What Makes a Sacred Place Sacred?
Browse Our Archives
get the latest from
John Beckett
Sign up for our newsletter
POPULAR AT PATHEOS Pagan
1