Depth and Power Will Overcome the Enemies of the Craft

There’s a provocative quote that’s been going around the Pagan internet recently. It’s from Patricia Pothier in the book Keepers of the Flame:

“I learned that the real enemies of Craft are not the fundamentalist Christians, who have always wanted to burn us at the stake, but the directionless mass of “New Age” Pagans, who will lose irretrievably the truths our ancestors died to preserve. They will not do it deliberately; but in their eagerness to assume the trappings, symbols, and outward appearances of the Craft, they will not take the time to study its deeper meanings. And what they do not learn they cannot pass on. They will not even know what they have lost. Our ancestors died for the Craft but we must live for it, that it be passed on, whole and untarnished, to future generations. That is the challenge which confronts us now.”

Jason Mankey has an excellent response on his blog that includes some context missing from the quote in circulation. Basically he says ‘you do your Craft your way and I’ll do mine my way.’ He closes by saying:

The enemies of the Craft are those who would stifle its growth or create discord to further their own agendas. Witchcraft is not a pissing contest, and never has been. Witchcraft is what you make of it.

I took a similar approach in response to the “basic witch” trend in last year’s post The Aesthetic of Witchcraft and the Return of Real Magic. I discussed the reasons why I wasn’t upset by what some considered the trivialization of sacred practices. But I also covered what I was doing instead:

I want to make sure that those who have the aptitude and the desire to learn real magic and real Pagan religion can find the resources they need. I want to help restore historical context for magic and help create contemporary context. I want to help teach and train those who show up on my doorstep looking for guidance. 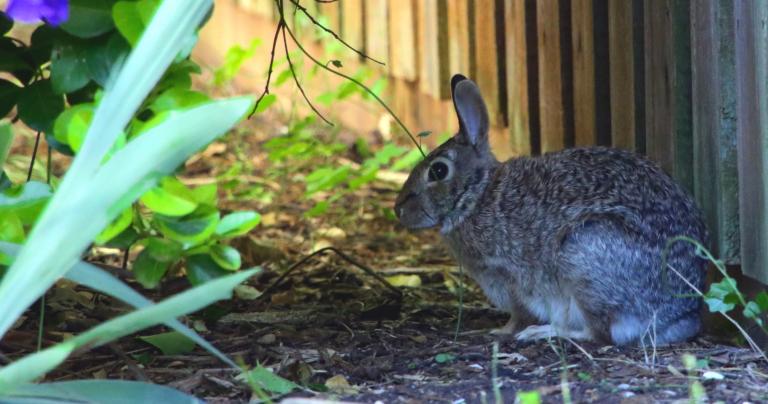 So while I have great sympathy for those who are upset with the “the directionless mass of New Age Pagans” I don’t think it’s helpful to denounce them as “enemies of the Craft.” Instead, I prefer to build a strong alternative that makes them irrelevant.

Here’s what we can do to accomplish that.

This is where I’m in strong agreement with Jason Mankey. Witchcraft – or Paganism, or polytheism – is what you make of it. Deep traditions begin with deep practitioners. So to quote another internet meme, be the change you wish to see. You can’t control what others do in their practice – you can control what you do.

There are four steps to a deeper practice. Make a choice. Seeking and searching are good, but at some point you have to pick something and go to work. Build a foundation. Examine the unstated assumptions of our mainstream society and build a foundation on Pagan thought and on your own first-hand experiences. Begin a devotional practice. Meditate, pray, make offerings, read and study. And perhaps most importantly, keep it up. Start small – do one or two things well and consistently, then add more.

When you’re busy honoring your Gods and ancestors, studying your tradition, and working magic to make your life and the world a better place, you tend to not worry too much about what other people are doing.

Facilitate the open exchange of beliefs and practices

Those of us who came out of fundamentalist Christianity – or who have to deal with it on a regular basis – are all too familiar with those who insist their way is the One True Way. We don’t want to be like that. We want to respect differing views.

At the same time, not all views are equally true or equally helpful. Some bad ideas are easy to see: the Earth is demonstrably far more than 6000 years old (and it’s not flat either). Others are harder: polytheism seems to be humanity’s default religious position, but intelligent, reflective people still argue as to whether there are many Gods, one God, or no Gods.

Finding the best beliefs and practices – and weeding out those that are false or harmful – begins with an open exchange of ideas. What do you think? What do you do? Why do you do it? How does it impact your life? What impact does it have on other persons (human and other-than-human) and other communities?

So write books, keep blogs, and post on social media. Teach classes and hold discussion groups. Conduct public rituals – let people hear and see what you’re doing. Yes, the mysteries must be preserved, and yes, there are some matters that require more circumspection than you’ll get in public, but those are the exceptions, not the rule.

It’s good to know what other Pagans are doing. But it’s better to know what other Pagans are doing that works. Which magical techniques bring tangible results and which just make you feel good? Which theories about the religions of our ancient ancestors are likely true and which are more fantasy than reality? Which ritual structures and liturgies facilitate ecstatic experiences and which are more like going to a mainstream church service?

This is one of the things Patricia Pothier got wrong. Deep and authentic Witchcraft and Paganism are not best served by passing things down “whole and untarnished.” That assumes there was some Golden Age in which they were perfectly formed. Rather, our Witchcraft and Paganism are best served by continuing to explore them and practice them and seeing what works and what doesn’t.

Some people are happy to talk about what they do and believe, but the moment someone starts asking questions, they’re all “how dare you critique my religion?! This is my truth and it’s true for me.” Leaving aside the question of whether truth can be relative (short answer: sometimes it can and sometimes it can’t), the process of challenge and response is how weak religions become strong, and how strong religions become unshakeable.

While I did not enjoy the personal attacks in the Great Polytheist – Atheist Kerfuffle of 2015, being challenged helped refine and strengthen my beliefs and practices. Concepts that were weak had to be corrected. Ideas that were good had to be better articulated. The things I changed needed to be changed, and the things I didn’t change I’m more committed to than ever.

If you want to keep Paganism from becoming a “directionless mass” then participate in an on-going peer review of Pagan thought and practice.

But by definition, traditions require groups. Sometimes that’s a local coven or grove, sometimes it’s a collection of individuals spread out across the world, and sometimes it’s a combination of the two. If you want to preserve, promote, and perpetuate a set of concepts, beliefs, and practices (i.e. – a tradition) that requires more than one person.

There’s a place for groups with a broad appeal. In the Pagan world, you don’t get much broader than CUUPS – the Covenant of Unitarian Universalist Pagans. I’ve been a proud and active member of Denton CUUPS for 15 years – stepping away from formal leadership was a way of reaffirming my commitment, not abandoning it. 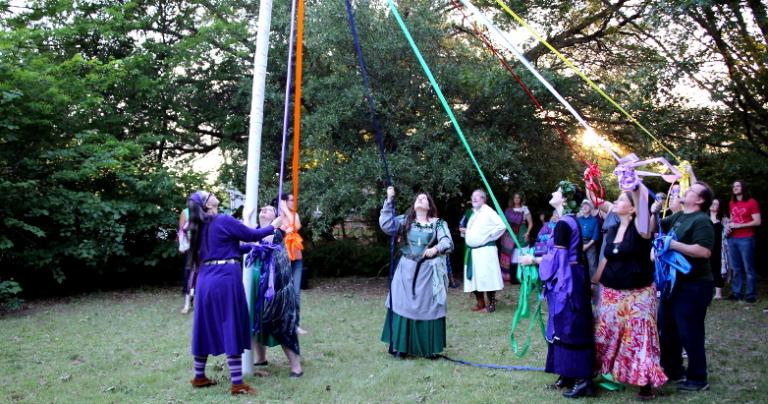 There’s also a need for groups focused intently on one tradition. A CUUPS group can lead a fine Wiccan ritual, but if you want to explore Wicca in depth, you need a Wiccan coven.

For those of us with a polytheist persuasion, that presents a problem – there are very few devotional polytheist groups in existence, and finding one devoted to the God or Gods who call to you can be virtually impossible. You may have to start one. That’s harder than you wish but easier than you think – it can be done.

Set your standards high, and do not bend them to increase your numbers. A small, dedicated group will accomplish far more than a large group that’s more interested in “the trappings, symbols, and outward appearances of the Craft.”

Depth and power will always stand out

There will always be people more interested in looking witchy than in actually doing Witchcraft. What they do does not concern me – I have too much of my own work to do.

And there will always people who just want to show up for the Maypole dance, drink some mead, and then go home. Let’s be welcoming and make room for them in our wider Pagan communities – better they’re with us than with the Christians or the atheists (who are not our enemies but are often our competitors).

But we must not allow them to set the norms for our Pagan groups and traditions. We need not and should not attack them – that’s rude and inhospitable.

Instead, commit to deep personal practice. Talk about what you do with other Pagans. Learn to articulate your beliefs and practices, and when someone challenges you, tell them “this is why I do what I do and this is what it means to me.” And then listen when they talk about why they do something different. Worst case you’ll learn something about them – best case you’ll find a way to improve your practice.

Work with others with similar interests and callings, and help each other learn and grow. Set your standards high.

Then when people come in off the streets and they wonder “what is Paganism and do I want to get involved with it?” they can see what you and your co-religionists are doing. Those who want to be fluffy bunnies can go nibble on the grass – blessings to them.

And those who are called to deep and powerful Witchcraft, Paganism, or polytheism will know exactly where they need to be. 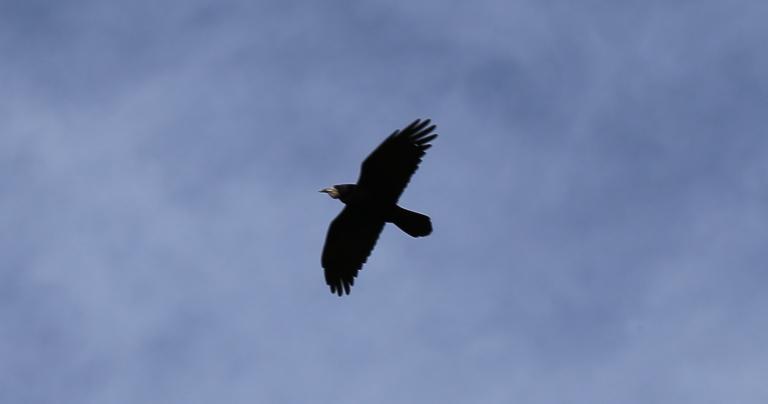 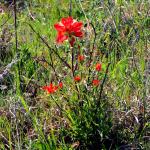 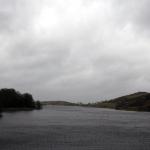 April 24, 2018 The Storm is Strengthening – Put Your Faith In Deeper Things
Recent Comments
0 | Leave a Comment
Browse Our Archives
Follow Us!

Tarot Tuesday; Queen Alice Tarot
Are you looking for an unusual Tarot Deck? Check out Tarot Tuesdays...
view all Pagan blogs
What Are Your Thoughts?leave a comment
Copyright 2008-2020, Patheos. All rights reserved.