Toward a Common Polytheist Theology

Toward a Common Polytheist Theology May 31, 2018 John Beckett

In the last post I said that over time, modern Paganism will settle into three main groupings: polytheism, traditional witchcraft, and non-theistic Nature worship. That’s more of a guess than any sort of prediction, much less an oracular proclamation. But it’s a reasonable guess based on where I see energy, enthusiasm, and deep commitment in the Pagan movement.

Of those three I am most personally involved with polytheism. While I love Nature and I have a life-long interest in magic, my Paganism is first and foremost a religion that is centered on the worship of several of the many Gods.

Further, our first-hand experiences of the Gods are strikingly similar. Our Gods speak to us in thoughts and feelings, in signs and omens. They instruct us to restore, rebuild, and reimagine Their worship for our time and place. They push us to embody Their virtues and to promote Their values. And They encourage – and sometimes demand – us to form alliances with other groups and traditions who do not share all our beliefs and practices, but with whom we have common cause.

Where we can do so without compromising the uniqueness and diversity that provide depth and meaning, our contemporary polytheist religions will be better off if we compare notes, work together, and pool our limited resources.

One of the first places I believe we can do this is in the realm of theology.

The only doctrine universal to polytheism

One of the good things that came out of the Great Polytheist – Atheist Kerfuffle of 2015 was this brief statement by Dr. Edward Butler on the only doctrine universal to polytheism. The full statement can be found here – the opening sentence is most important:

“The one and only thing that we can regard as a doctrine universal to Polytheism as such is the genuine existence of many Gods, and whatever we may, arguably and provisionally, infer from that single affirmation.”

That’s not much. But considering we are operating in an environment where the largest theological debate is over whether there is one God or whether there are none, the genuine existence of many Gods is a pretty important place to start.

One of the inferences that came out of the universal doctrine was this definition of polytheism by the Anomalous Thracian:

“Polytheism is the religious regard for many real Gods.”

As the Thracian said in his explanation:

“Polytheists do not merely acknowledge the reality of many Gods, but further, we hold Them in religious regard … It is entirely possible to view the Gods as real, and also not worship Them, value Them, or respect Them in any way … As Polytheists we worship the many Gods.”

This is our foundation for a common polytheist theology. By “common” I don’t mean “universal” but rather the dictionary definition: “done by many people; occurring or appearing frequently: not rare.” Over time, through discussion and debate, we can develop a polytheist theology that is helpful to many people even if it is never universal among all polytheists.

Gods are the mightiest of spirits

What does “God” mean? Etymology is helpful here. “God” is of Germanic origins, likely from the Proto-Indo-European root words *ghut- “that which is invoked” and *gheu- “to pour a libation”; and the Sanskrit hutá which can be interpreted as “one to whom sacrifices are made.” It was originally a gender-neutral term – only when Christianity insisted there was only one God who is male was “Goddess” needed as a differentiation.

We may invite people or summon them or command them, but we don’t invoke them. We invoke concepts and principles (such as invoking your 5th Amendment right against self-incrimination). And we invoke spirits. 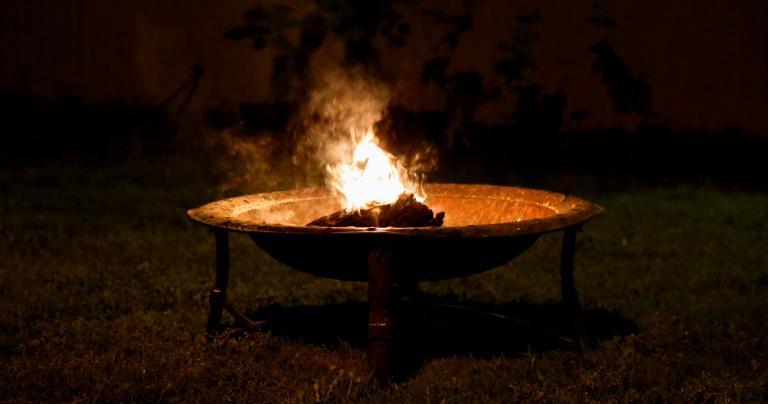 Animism is not polytheism, but many polytheist religions have animist roots. Animism says that everything is not a thing but a person who has a spirit. Or perhaps, persons are spirits, some of whom have bodies. If Gods are not things but persons, they are also spirits.

My own definition of a God is “the mightiest of spirits.” They are spirits who are both the personification and the rulers of virtues and of natural forces, of cultures and traditions. So if all living things – all persons – are spirits, then the Gods are simply at the big end of a spectrum of spirits. Unlike conservative monotheists, polytheists have no need to insist that our Gods are “wholly other” from everything else (a concept many Christians rightly reject).

Some people have objected to “the mightiest of spirits” because it implies that might makes right, a concept that is carried to harmful conclusions in Calvinist theology. Certainly might does not make right, and I welcome alternative terms. But this works for me, at least until someone comes up with something better.

Individual beings with Their own sovereignty and agency

What do we mean by “genuine existence” and “real Gods”? The word “real” has been abused of late, with some insisting that if something can’t be measured and classified it can’t be real, and others insisting that anything they can imagine is real.

One of the stickiest of points in the 2015 arguments was whether the Gods are psychological archetypes, or rather, whether They are only archetypes. Morpheus Ravenna addressed this very well in the keynote address at the first Many Gods West conference.

Our sensory experiences of the Gods are not the Gods themselves, because They are inherently grander than our capacity to experience Them … the presence we experience is always a mask or manifestation of that God, shaped in such a way as to translate into our more limited consciousness and frame of reference.

So people often find it difficult to separate the psychological experience of an archetypal form from a spiritual experience of a God, because the knowledge of how to recognize the difference is a matter of not just subtle awareness, but also trained awareness.

Morpheus’ address is long (almost 6000 words) but it is well worth your time to read. Her key point is that what makes the Gods real is agency – the ability to act independently, for Their own reasons. Agency is also the primary determiner of personhood in animism.

Whatever else They may be, the Gods are persons who are not dependent on humans for Their existence. 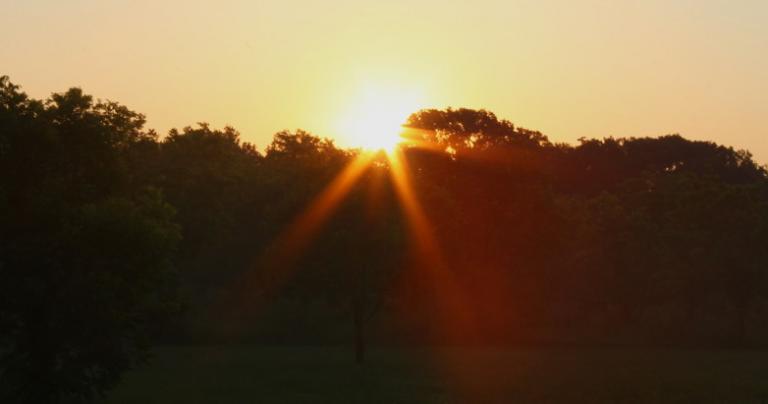 Those Proto-Indo-European root words don’t really tell us what the Gods are, but they do tell us how our ancestors related to Them: with prayers and offerings – with worship.

“Worship” is a loaded word in many Pagan circles, largely due to the bad experiences many of us had in Christian churches. The English word “worship” comes from the Old English weorthscipe meaning worthiness and respect. We worship that which we believe is worthy.

Now we’re starting to get away from where we have common thinking and into the areas where we have diverse practices. But there is still much commonality in the polytheist belief that worship is not about self-debasement before a jealous deity, but rather about forming and maintaining honorable relationships.

There are two core principles and practices involved with this worship: hospitality and reciprocity.

Hospitality is about being a good and proper host and tending to the needs of your guests. If you invite someone to your house, you offer them food and drink, you give them a comfortable seat, and you engage in conversation with them. Likewise, when we invite our Gods to join our rituals, we greet Them politely, we offer Them food and drink, and we engage in conversation with Them. That means we don’t just speak, we also listen.

Reciprocity means “I give so that you may give.” At its lowest level, this is a quid pro quo transaction: I give you this, you give me that. Certainly we find examples of that in ancient polytheist religions. But at a higher level, it’s how you do a favor for a friend with no expectation of payment. But your friend has done favors for you in the past, and likely will again in the future. Reciprocity makes the world go round.

Offerings are more about hospitality than reciprocity – the mightiest of spirits cannot be bribed with a few ounces of wine. But ask for favors from a deity often enough and eventually you’ll be asked for something in return.

When we interact with the Gods in hospitality and in reciprocity, we have our own first-hand experiences of Them. Some of these experiences are quite ordinary and are best explained in strictly naturalist terms. Others defy the materialist assumptions of the mainstream society and force us to re-evaluate our ideas about the world and how it works.

And some of them turn our lives upside down.

While the essence of these experiences are often similar across traditions, the details are not. Our diverse experiences of diverse Gods lead to diverse ideas about how we can best respond to the Gods. This is how we begin to move from common theology to uncommon religions. This is why even when they’re all practiced by 21st century Americans, Hellenism is different from Kemeticism is different from Celtic Reconstructionism is different from every other polytheist religion in practice today. There is power, depth, and authenticity in that diversity, something we must never forget.

These are my thoughts as a polytheist. What are yours? 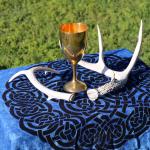 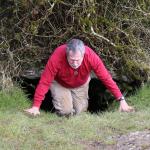 June 3, 2018 Pouring Offerings to the Morrigan in Ireland
Recent Comments
0 | Leave a Comment
Browse Our Archives
get the latest from
John Beckett
Sign up for our newsletter
Related posts from John Beckett