Pouring Offerings to the Morrigan in Ireland

One of my few real regrets is that I didn’t travel much when I was younger. I didn’t have the money to take the big trips I wanted to take, so instead of taking less expensive trips I just stayed home. Over the past 11 years I’ve been able to travel a good bit and I’ve really enjoyed it.

All of my trips have an element of pilgrimage in them. Even the ones that seem like mindless vacations (not that there’s anything wrong with mindless vacations) allow me to experience Nature and the Spirits of Nature in a different part of the world. There is great value in visiting sacred sites, in experiencing different cultures, and in seeing the world for yourself.

For those of us who worship Gods from Europe, going to places like Ireland or Greece carries some big expectations.

Jason and Ari Mankey just got back from a trip to Greece. Much of their trip was a pilgrimage, and some of that was disappointing. Here’s an excerpt from Jason’s post titled Where the Gods Live:

There were fleeting moments when I felt the Gods nearby, but for the most part they were absent. I felt sadness at the Acropolis upon reaching the almost nothing that remained of a temple to Dionysus, and at Delphi there was a flickering of hope upon reaching Apollo’s Temple, but none of it was really comparable to the White Spring, or even what I feel in my ritual room on a monthly basis.

I have always sought the spiritual and in many ways the “lack of” somethings in Greece saddened me a great deal. When I asked my wife about this lack of “feelings” on parts of our trip she responded with “Jason, they don’t live here anymore.” And the more I think about it the more correct she is. Why would any deity want to live in a desecrated ruin?

I encourage you to read all of Jason’s post. He makes the points that Gods have always moved, and that Their presence tends to manifest where They’re actively worshipped.

My experiences have been similar to Jason’s. I’ve had this post on the back burner ever since I got back from Ireland in March. Where the Gods Live convinced me I needed to finish it.

Pouring offerings to the Morrigan in Ireland

This was my third trip to Ireland and my first since my Oath to the Morrigan last year. I’ve made offerings to the Great Queen in Ireland before, but this time I expected it to be different. On our first Sunday evening, I stood at the top of a pedestrian bridge and poured a libation into the River Liffey, with my usual weekly prayers of devotion. Her presence was noticeable, and noticeably different from my usual experiences of Her.

The next morning was our trip to Rathcroghan and the Cave of the Morrigan. We poured offerings before entering the cave and again when we came out. Although She did not speak directly to or through any of us, Her presence in the cave was unmistakably strong.

There is something special about worshipping the Gods in their traditional places. It connects us not just to Them, but also to our ancestors who did likewise hundreds and hundreds of years ago. The only word I can use to describe it is “bigger.” Not stronger, not deeper, and not more meaningful, but bigger. It’s like the difference between running into an 8-foot high wood fence and running into a 20 foot high stone wall. Either way you’re stopped, but one is bigger than the other.

But the strongest experience of the Morrigan I’ve ever had was in my own back yard. Afterwards I wrote this in my personal journal:

It was incredibly powerful, and not entirely pleasant.  It was an experience of intense purpose and determination. I can’t remember most of the details, and I collapsed when She left.

Experiencing the Gods is a matter of will and of action (ours and Theirs… though sometimes only Theirs) not a matter of location.

I visited the Temple of Artemis in Ephesus in 2012. It was one of the Seven Wonders of the Ancient World. Today all that’s left is one column and a few low stones; the result of fires, earthquakes, plundering, and the centuries of neglect that accompanied the shift from Classical Greek religion to Christianity and then to Islam.

Its former majesty is long gone. But what’s there is impressive in its own right.

We generally think of Artemis as the Virgin Huntress and Goddess of the Moon, but Artemis Ephesia was depicted as having many breasts – a Goddess of Abundance. The current temple is as if Artemis said “if humans will not honor my abundance, I will.”

My first visit to Anglesey in 2014 was a magical experience. Kristoffer Hughes was an amazing host and showed us so much of his island it was hard to come up with new places for us to visit on this year’s trip.

As those of us who’ve studied history know, Anglesey was the center of ancient Druidry. It was also the site of the Roman massacre of the Druids in 61 CE. I expected to experience a connection to those ancient Druids – I carry their name and I do my best to restore their traditions in our modern world.

So one morning I performed the rituals I needed to perform. I introduced myself, I made offerings, and I listened.

I did not hear from the Druids of 2000 years ago. Instead, I heard from the spirits of Anglesey (which may very well include some of the ancient Druids, but that’s another speculation for another time). They basically said “what are you looking for here? Your work is back in Texas.” They weren’t inhospitable (not in the least) – they just pointed out what should have been an obvious fact.

Pilgrimages are an ancient and powerful religious tradition. But eventually the pilgrims go home – then what?

Then we practice our Paganism to the best of our abilities, where we are.

Sacred travel is good but not necessary

I have wanted to visit Egypt ever since I first saw The Mummy and The Ten Commandments as a small child. My 15 year relationship with the Gods of Egypt has only increased that desire. First I didn’t go because of cost, then I didn’t go because of political violence (including Daesh). Barring an all-out war in the region I’m going in 2020. Several of the ancient temples still stand, and I very much want to pray and chant hymns to Isis, Osiris, Horus, Amun Ra, and the other Gods of Egypt, in the places they were worshipped thousands of years ago.

But my lack of travel to Egypt has not prevented me from forming relationships with these deities. I still pour offerings to Them, talk to Them in prayer, and listen for Them in meditation – and I hear Them speak to me. Each Summer Solstice I serve as Their priest. So do many Kemetics and other Pagans who have never set foot in Egypt.

Sacred travel is good, but it is not necessary.

I am honored to have been able to pour offerings to the Morrigan in Ireland. But my calling as a Pagan is to honor Her and the other Gods to whom I am pledged and to do Their work, here where I am. 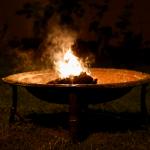 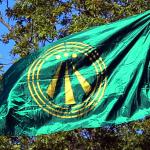 June 4, 2018 Druid News: Eimear Burke will be the new Chosen Chief of OBOD
Recent Comments
0 | Leave a Comment
"One of the smarter pieces of entrepreneurial advice I've seen is "Plan for failure" (aka ..."
Jade Dance 8 Pieces of Bad Advice
"Wise post. I really love your line "learn to be happy with what makes you ..."
OrderInTheQuartz 8 Pieces of Bad Advice
"On the "make what you love into a business" - the corollary to "No battle ..."
Helmsman Of-Inepu 8 Pieces of Bad Advice
"The two pantheons for which I have a DNA connection both were pretty clear about ..."
Lady_Ashmire All Are Worthy and the Gods ..."
Browse Our Archives
Related posts from John Beckett