Conversations Under the Oaks: June Q&A

Welcome to Conversations Under the Oaks, a monthly Q&A feature. This is your chance to ask me anything. This month we talk about self-initiation, talking with the Gods, journeying in the Otherworld, and the Pagan blogs I read on a regular basis.

Questions have been edited for brevity – names are used only where I have explicit permission. This month that’s none of them. 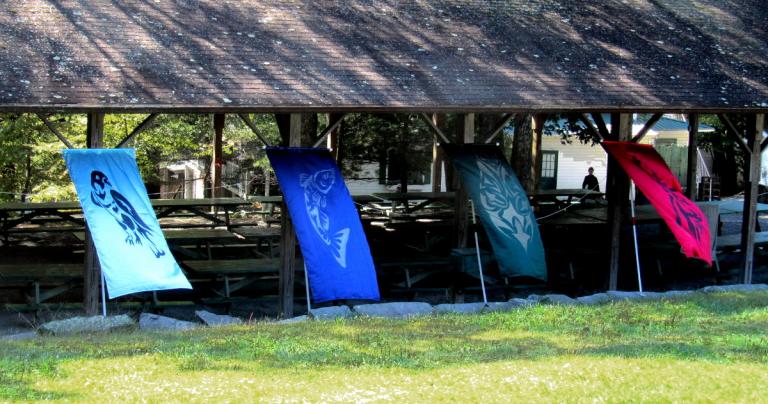 Is there any difference between self-initiation or group initiation? I have a Wiccan friend who doesn’t agree with the idea of initiating one’s self. But I’m a solitary OBOD member and that’s what I’ve done for the Bardic and Ovate grades.

I’ve done both types multiple times and yes, there are differences. Most of them are self-evident. With a self-initiation, you’re following a script. With a group initiation, you’re guided in real time – it feels more natural. It’s very hard to do reveals and other surprises in a self-initiation, and it’s extremely hard (though not impossible) to do an ordeal. Groups can raise energy and help create an atmosphere conducive to initiation. And most importantly, there are some things that can only be transmitted face to face.

Self-initiations are fine for ceremonies of dedication and commitment. They’re a great way to declare to the Gods and to the Universe “here I am – this is what I’m going to do.” But they’re not particularly effective at creating transformative experiences or for transmitting the current of a tradition. For that, you need the hands-on help of people who are already initiates.

But in many traditions, both forms are equally valid. Your solitary OBOD initiations are all you need. OBOD is designed for solitaries, and I did only the solitary for Bard and Ovate. I did solitary for Druid, but then had the opportunity for a group initiation in the Druid grade and took it. It was good, helpful, and memorable, but it wasn’t necessary.

Other traditions require in-person initiations, most notably Gardnerian Wicca. That requirement limited the growth of Wicca in its early days. It was only after Raymond Buckland developed Saxon Witchcraft in 1974 that the contemporary phenomena of book-taught, self-initiated Wiccans began. But some versions of Wicca don’t recognize them. So if your Wiccan friend is Gardnerian, she’s right – for her tradition. 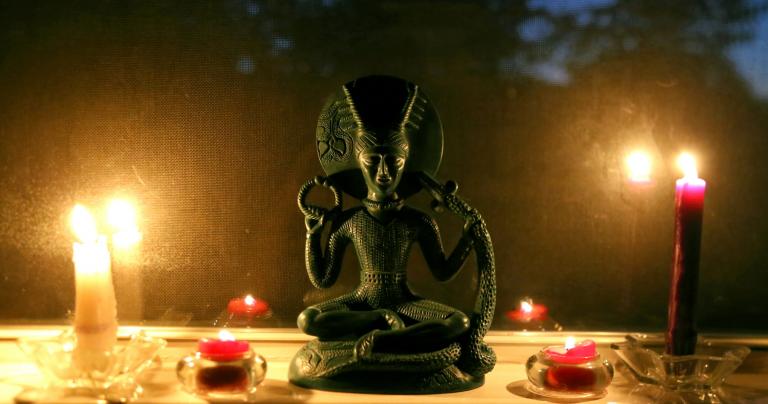 What is the best way to hear and communicate with the Gods?

Carefully, reverently, and with perseverance.

I’m a polytheist. I see the Gods as persons. Not human persons, but persons nonetheless. As with all persons, we can hear and communicate with Them best when we are in relationship with Them.

After years of polytheist practice, I’m convinced most of us can hear the Gods. A few are God-blind, but most people can hear Them. But learning how to recognize Their voices in the cacophony of modern life takes time and effort.

Read Their ancient stories. Read devotional works to Them. Read reports of first-hand experiences from contemporary practitioners. The better you get to know Them, the easier it will be to recognize Them when They speak to you.

And in the words of the Temple of Apollo at Delphi, “Know Thyself.” If you know your own thoughts, it’s easy to recognize when that idea that just popped into your head isn’t yours.

It takes time. Unless it doesn’t – sometimes a God decides to scream in your face and you have no doubt who it is. But that’s rare – thankfully!

Most times it’s just a question of working carefully, reverently, and with perseverance until you can hear Them. 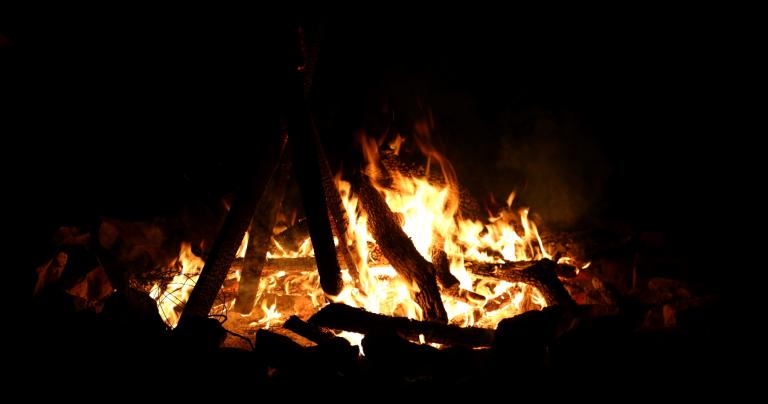 Can you comment on some effective ways you have found to help ensure a positive experience during Otherworld visits?

Ensure? No. Nothing is guaranteed when visiting the Otherworld. Make more likely? Yes. There are things you can do to improve your odds of accomplishing what you want to accomplish and getting back unscathed.

Late last year I wrote Parting the Mists: An Introduction to Journeying. That’s a good place to start. Understand the cultural and intellectual foundations of the practice. Train by reading fiction and by following guided meditations. Learn how to change consciousness and part the mists. Know why you’re visiting the Otherworld – have a goal, and a plan to achieve the goal.

Make sure you’ll be OK back here in the ordinary world. Find a time and place where you won’t be disturbed. If you use candles, put them some place where they won’t get knocked over even if you fall over. That’s another reason why journeying is best done in a small group.

Protect yourself metaphysically. Cast a good circle and put up wards. Ask patron deities, ancestors, and spirits to look after you, and to enable your visit. Make offerings for a safe and fruitful journey.

Once you’re there, stick to your plan. Not every Otherworldly resident is your friend. Some will try to distract you or co-opt you. Some may try to eat you. Go directly where you intend to go, and don’t trust anyone you don’t know. When you’re done, come back promptly.

I’ve had very few bad experiences while journeying, but I’ve had some – mostly because I got distracted. The more you practice, the more comfortable you’ll be with it, and the more effective your journeying will be. 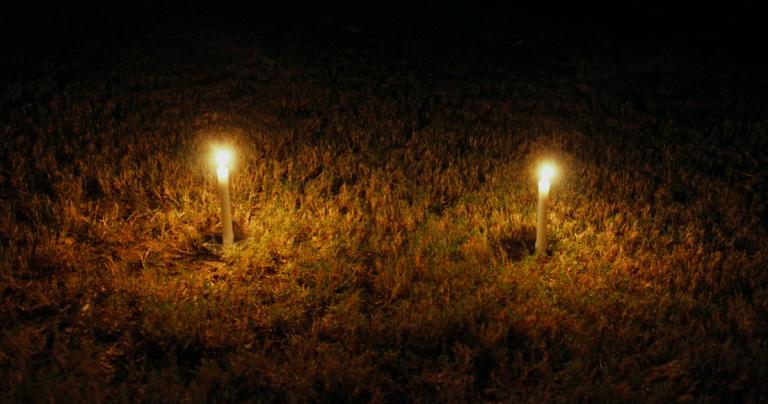 For those who can create no visual imagery – I mean literally none, not my spouse’s face or a daisy or the color blue or the tree I just looked at then closed my eyes – what would you recommend as ways to create an inner grove and/or do Otherworld and energy work?

I also can’t remember voices, tactile sensations, tastes, or smells, or generate new ones. I can, however, experience emotional sensations and thus generate a sense of the effect that thing/experience might have. I don’t know how many other people struggle in this way but any suggestions would be greatly appreciated.

I was shocked when I found out some people can’t visualize. I was like those who don’t know some people are color blind. But it’s a real thing, and I’ve heard it’s as much as 20% of the population. Most people who can’t visualize can manipulate sound and sensation – the fact that you can’t manipulate any of your senses seems to be very rare.

But you’ve already identified the answer. If what you’ve got is emotional sensations, then use that.

Explore your memories – particularly strong ones. Think back to a memorable time in your childhood (pick something positive – if you pick something negative it will be hard to keep your mind on this work). What do you remember? How do you remember it? What can you recall? Deconstruct that memory into as many components as you can.

You can experiment with pain here too, but I prefer to use current and artificial pain to avoid complications. As I was writing this, I bit my finger hard enough to leave teeth prints that lasted about two minutes. Not hard enough to draw blood or do any serious damage, but hard enough to hurt. I concentrated on the pain as it subsided. When it was gone I tried to remember it. My mind wouldn’t recreate the pain sensation, but I could remember the fact that I felt something unpleasant, and it slowly went away. I can work with that.

What we’re doing when we go into an inner grove or temple or whatever our tradition calls it is creating a set of thoughtforms (at least at first – at some point it becomes more than that, but that’s outside the scope of this question). Those thoughtforms look and feel like memories. If you can experience a memory, you can intentionally misremember part of it. And if you can intentionally misremember part of it, you can manipulate thoughts to create an inner grove.

Thanks for the question. Please let me know how this goes. I get questions about this fairly regularly, and this is about all I can offer. 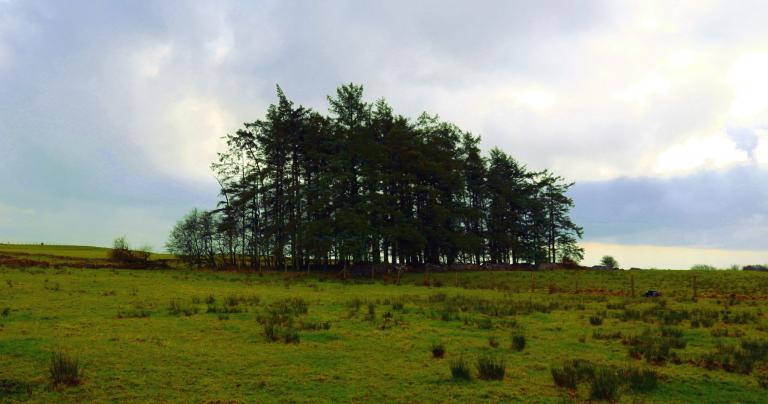 What are the blogs or websites you would recommend all Pagans follow?

That’s a dangerous question! To answer, not to ask – I’ll end up overlooking some bloggers who are friends and offending them. But it’s a fair question, so I’ll give it a shot.

The only site I’d recommend all Pagans following is The Wild Hunt. It’s the newspaper of record for the Pagan community – the only source for true journalism in our movement. I don’t like everything they write, but that means they’re doing their job of covering the whole community and not just part of it. We need our own Pagan news site. Read it every day. If you can afford it, support them financially too.

Many of my favorite bloggers – particularly on the polytheist front – don’t write much anymore. Blogging is a commitment, and some people are too busy doing Paganism to spend much time writing about Paganism.

This is who I read regularly. If I left out your favorite Pagan blogger or podcaster, please mention them and provide a link in the comments. I reserve the right to delete links to sites I find objectionable or not in the spirit of the question. 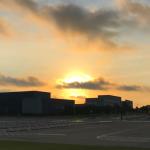 June 10, 2018
8 Things to do for Summer Solstice as a Solitary Pagan
Next Post 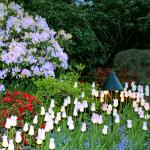 June 14, 2018 Do You Really Want A Homophobe To Bake Your Wedding Cake?
Recent Comments
0 | Leave a Comment
Browse Our Archives
get the latest from
John Beckett
Sign up for our newsletter
POPULAR AT PATHEOS Pagan
1