A short while ago I attended a funeral for someone I’ll call a casual friend. He was a good person and well-liked – his funeral was well attended. There were flowers and mementos, and the slide show of old pictures that seems to be mandatory these days. Three of his friends gave brief eulogies, one of them quite well. That was nice.

I don’t know if he followed any religion at all – we never discussed it. There was no mention of church membership or religious affiliation in his obituary. The funeral was held in the chapel of a large corporate funeral home – I’d describe the service as generic Protestantism for non-religious people. It was led by someone I assume is a retired minister; probably Methodist, but maybe Presbyterian or Disciples of Christ.

The minister tried to be inoffensive and compassionate. He mentioned the promise of eternal life for those who believe, told the family it was OK to be sad, and encouraged them to spend time in prayer over the following days. He read a few verses from Psalms that I forgot before the service was over. There was a recorded version  of “Amazing Grace” and “I Will Remember You” by Sarah McLaughlin.

It was the most bland funeral I’ve ever attended.

The problem wasn’t the lack of religiosity. I’ve been to UU funerals that were completely non-theistic that did a great job of celebrating the life of the deceased and consoling the family. The problem was the watered down Christianity masquerading as universal truth.

Again, we never discussed religion. Like so many, he and his family may have continued to identify as Christians even though they were non-practicing. Or he may have been completely non-religious but his family felt like a Christian funeral was expected.

It’s not my place to tell my friend’s family what they should have done for his funeral. Perhaps that’s exactly what he – and they – wanted. But on the drive home I couldn’t help thinking about why we have funerals, who they’re for, and what we as Pagans need to do to insure our own funerals are what we need and want them to be. 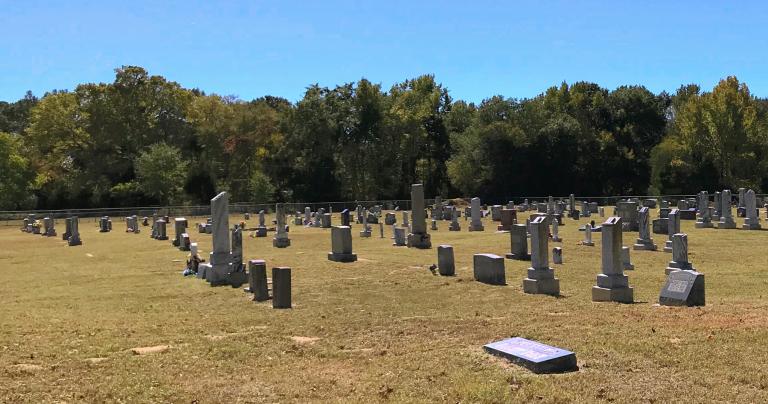 Funerals are not just for the living

I’ve heard it all my life – you probably have too: “funerals are for the living.” No. This is sacrilege. This is a Protestant and humanist idea that has no place in Paganism and polytheism.

Funerals are for the community, which includes both the living and the dead.

The dead also need to be consoled, particularly if they died unexpectedly or unpleasantly. They need to know that they were loved and they will be missed, but those they leave behind will be cared for – it’s OK for them to move on.

The community needs to recognize the change in status of one of its members. Someone who was a living member is now an ancestor or beloved dead (the various categories of the dead are tradition-specific and beyond the scope of this post). Death does not end relationships – it transforms them.

A good funeral speaks to the needs of all its members, both living and dead.

What I want in my funeral

As far as I know I’m in good health. A certain Battle Goddess holds my death, and She’s made it quite clear She has a lot more work She wants done. So I don’t expect to need a funeral any time soon.

Before the funeral, upon news of my death, I request the prayers of all my friends. Pray and make offerings to my Gods and to yours, that this transition may be swift and painless for all involved.

I used think I wanted a Pagan funeral for my co-religionists and a UU memorial service for everyone else. I’ve changed my mind. No matter how much our wider society requires us to compartmentalize our lives, I’m one person, not two. I want one funeral. And for the love of all the Gods, don’t hold it in some sterile corporate funeral home. Hold it in a UU church, or in a city park, or in somebody’s back yard. Just hold it some place that’s alive.

At some point, certain of my co-religionists will need to perform a ritual to establish my position as an ancestral ally. But that shouldn’t be done for two or three years, until after I’ve had a chance to orient myself in the Otherworld. Don’t bother the recent dead – they need to take care of themselves for a while, particularly if they died traumatically.

I’m a Druid. Open with Peace to the Quarters, and have someone say the Druid’s Prayer. I’ve done that (almost) every morning since 2011, and I expect to do it every morning for the rest of my life.

Don’t play Christian music at my funeral, but I wouldn’t mind a few verses of Leonard Cohen’s “Hallelujah,” especially the last verse. I’m still hoping Damh the Bard will write the Great Pagan Funeral Song before I need it.

Have someone do a standard biographical eulogy. I haven’t had a perfect life, but if I died today I could say I’ve had a good life and I want people to know it. Then have two or three or four people tell stories about me – whatever they remember most. If you want to laugh about my obsessions around time and with getting all the details just so, this would be the time.

Have someone explain the Otherworld to the non-Pagans in attendance. Let them know I visited there numerous times while I was alive and that’s where I’m going now.

Some traditions teach that the dead do not immediately move on to the Otherworld, particularly those who died suddenly, violently, or with significant unfinished business. Death can be disorienting even for those who die peacefully.

I trust that my years of devotions to my Gods and ancestors, and my exploration of the Otherworld will make my transition relatively simple. This is one of the reasons we do all these deeply serious Samhain rituals. But I am not so arrogant as to be certain my crossing will be quick and easy. Plus I want to set a good precedent for those who come after me.

And I want to not just tell but show my mundane friends who and what I was so devoted to in life.

Call my ancestors. Call the deities to whom I am oathed. Invoke them and make offerings of hospitality, as we’ve done countless times in ritual. Ask them to guide me to my new home in their presence. Ask them to comfort those remaining in this world.

Have everyone (who’s willing) chant the Awen three times, then repeat the Druid’s Vow:

We swear by peace and love to stand
Heart to heart and hand in hand
Mark O Spirit and hear us now
Confirming this our Sacred Vow.

Thank the Gods and ancestors for their presence and blessings, then close the service with a suitable benediction.

Make sure the whole thing doesn’t run more than about 45 minutes. Nobody likes a long funeral.

What we must do for the dead

But there are things we owe our dead1 no matter what their tradition, or ours.

Everyone deserves to have their life celebrated, no matter how long or short, no matter how famous or ordinary. Tell the stories of what they did well.

Everyone deserves to leave this world knowing that their loved ones are cared for. Tend to the survivors and their needs, not only in the beginning but also in the weeks to come when everyone is back to normal, but their normal has been changed forever.

Everyone deserves a funeral they would appreciate, whether that’s a solemn mourning service or a rowdy wake – or both. If your Baptist grandmother is going to get upset because people are praying to Brighid instead of Jesus – or not praying at all – she can just get upset. This isn’t about her.

Everyone deserves to have their community acknowledge their passing, to help them on their way, and to recognize that they are still part of the community, only as an ancestor instead of as a living member.

Your tradition may have additional, more specific requirements. If so, follow them. There is no more sacred obligation than to do what must be done for our dead, who cannot do it for themselves.

More on death and dying

One Pagan’s Thoughts on What Comes After Death (August 2017) This is what I expect to encounter after I die.

Death Is Coming – Let’s Live Fully Now (Samhain 2017) Let us acknowledge death and accept death, but let us also commit to living as deeply and as fully as we can while we are still alive.

Thoughts on Death (February 2014) This is about how the living deal with the death of our loved ones, and how to comfort the grieving… to the extent offering comfort is even possible.

Pagan Thoughts on Death and the Afterlife (Samhain 2015) This discusses the process of thinking about the reality of death. If you haven’t thought about it much, this is a good place to start.

1 This applies to those who die in respectful relationship with us. If your abusive father dies, your spouse who abandoned you, or anyone else who seriously hurt you and made no attempts to make it right (which is not the same thing as asking for forgiveness), you don’t owe them a damn thing. If you choose to help them anyway, let it be from devotion, not from obligation. 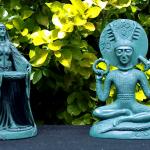 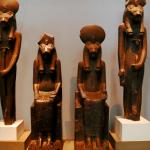 September 23, 2018 Animal Gods and Gods of the Animals
Recent Comments
0 | Leave a Comment
"I adore these sorts of discussions. Funny timing. I was just reading Carlo Rovelli's "Seven ..."
OrderInTheQuartz A Pagan Look at the Origins ..."
"There are many more Christians "who just want to celebrate the seasons" than the Archbishop, ..."
Diana Sinclair Paganism in a Post-Christian World
""When did I know I was a Witch?" After I studied, was instructed by Coven ..."
Kyllein MacKellerann When Did You Know You Were ..."
"Thank you for this elaborate answer. Between my comment in the other post and today, ..."
narya If You Want To Do It, ..."
Browse Our Archives
Related posts from John Beckett