Magic, Druidry, and Syncretism – What Can Be Combined and What Can’t

What can you use magic for? How do you combine pantheons or magical systems? Can you be a Druid and a Christian? A Pagan and a Christian? How can you build a spiritual practice that gets you through tough times?

Here are five questions from four different people on topics that are more connected than you might think. 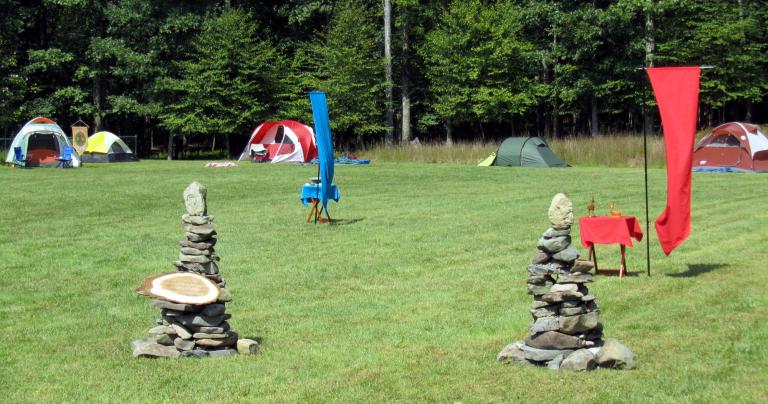 I know you’ve mentioned the real effectiveness of magic multiple times on your blog. However, I can’t recall you mentioning any specific examples of what you use magic for. I believe in the real effects of magic, but I don’t know what to actually do with it. Aside from protection from danger and blessings/consecrations, what else is there in the “magic utility belt”?

The first line of The Charge of the Goddess after the litany of names begins “whenever you have need of anything…” The Charge isn’t holy writ – particularly to a non-Wiccan polytheist like me – but it does contain considerable wisdom. Use magic whenever you need something, particularly if the need is great. Money, health, travel, finding a job, taking care of troublesome neighbors… if you need it, you can use magic to help you get it.

Jason Miller of Strategic Sorcery says to make a plan that doesn’t require magic, then use magic to improve the odds that the plan will work. I like that methodology. It’s similar to my own idea of progressive magic that takes a step by step approach toward a larger goal. The more narrowly defined your magical target, the better chance you have of the spell working. Work magic for each small step.

On the other hand, there have been times when I didn’t know enough to make a plan. So I worked a spell for a high level goal, and before long I had a plan to reach it.

Particularly with magical workings powered by the will of the magician, I’ve found that greater the need and the more passionate you are about satisfying it, the more powerful the magic. Just wanting something isn’t enough, but when you want it badly you tend to put more energy toward achieving it – whether that energy is mundane or magical. 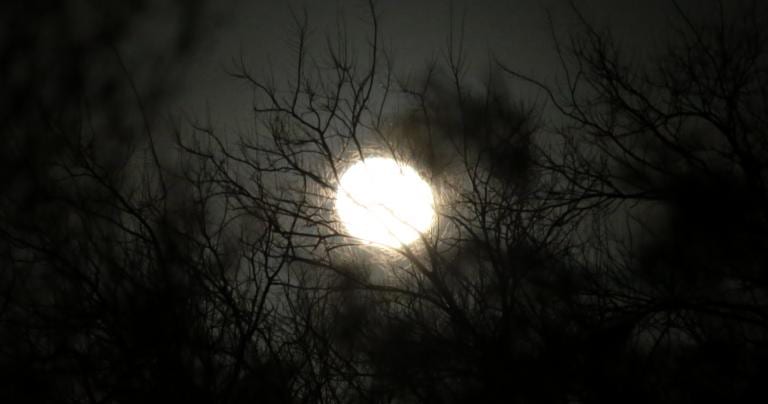 Gordon White’s book on chaos magic advises using sigils based off of letters mashed together, but most examples of sigils I’ve seen online seem to be more pictorial in nature. What are the differences when using them (pictures or letters) in practical terms?

The idea of sigil magic is to mash up letters until you have something that looks like a sigil to you. For a lot of people, that’s a pretty picture. My sigils tend to look like either elvish script or an electrical wiring diagram.

Sigil magic is more personal than any other type of magic I know. There is no right or wrong way to do a sigil – there’s just what works for you. If you feel like your sigils need to be pictorial, keep playing with the lines until you’ve got something that looks like a picture. But if the sigils feel right and they don’t look like what you expect, change your expectations.

As with all of chaos magic, if it works, keep doing it. If it doesn’t, try something else.

This is where we get into questions of appropriation vs. appreciation, or appropriation vs. syncretism. Are you being respectful to the traditions and cultures you’re drawing from, or are you grabbing whatever looks shiny to you? Are you working with them as whole systems, or as mix and match entrees on a spiritual buffet? And as a polytheist, my biggest concern: are you treating the Gods as holy powers and as persons with whom we can form relationships, or as objects to be used where and how you see fit?

Assuming you’re being respectful, the next question is whether what you’re doing is theologically consistent. I mentioned The Charge of the Goddess above. For all the wisdom in it, it’s a statement of soft polytheism (“the Great Mother, who of old was called Artemis, Astarte, Aphrodite…”). It’s inconsistent to invoke the Great Mother and then also invoke, say, Lugh. The point here isn’t that hard polytheism is right and soft polytheism is wrong (even though I believe that’s the case). The point is that you can’t mix the two and expect it to work well. Or at all.

Syncretism was a real thing in ancient times and there’s no reason to believe it’s not still a valid concept. But – in my semi-educated (on this topic, anyway) opinion – it’s something we should do when there’s a specific need for it, not just because it’s convenient. 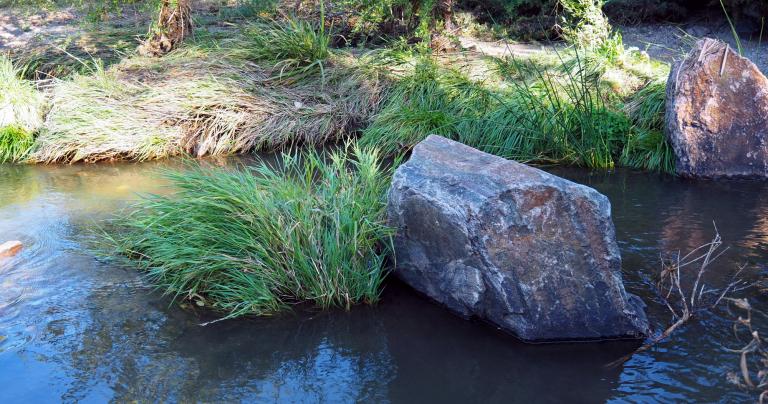 What are your thoughts on syncretic paths that are traditionally believed to be at odds or contradictory? I have a good friend who identifies as a Christo-Druid. She is a priest in an independent Catholic denomination and sees Druidry as her philosophy and natural outlook with the teachings of Jesus and Catholic practice as her religious path.

As with the question above, I’m not fond of combining things that are fundamentally at odds.

Druidry is a bit of a special case. The Druid Revival has been going on for at least 300 years, and for most of that time, the vast majority of people who called themselves Druids have been Christians. Druidry as it’s practiced in most orders is a spiritual method, not a religion (ADF being a notable exception). So it’s entirely possible to be a Nature-worshipping Celtophile who considers themselves a Druid and also follows the teachings of Jesus.

Most liberal Christians agree with this. Most conservative Christians do not.

“Christo-Paganism” as I usually encounter it is a different story.

To be clear, it is entirely possible to recognize and even worship Jesus as a God within a Pagan or polytheist context – as one God among many. But Christianity – as Christians have always defined it and still do today – is not simply worshipping Jesus, but worshipping only Jesus (we’ll skip arguments about the Trinity – this is a Pagan blog, after all). Early Christian martyrs died rather than recognize other deities.

Like Druidry, witchcraft is a practice, not a religion. There have been witches in every religion, including Christianity. Most people in the grimoire revival and some in the traditional witchcraft movement practice magic within a Christian worldview. People died for that too. Most were falsely accused, but some weren’t.

I can’t do that. Because of my bad experiences with fundamentalist Christianity as a child, I had to make a clean break with Christianity. I can’t go back, even for some really powerful magic. I can, however, repaganize some of what was originally Pagan but was transmitted in a Christian context.

In short, practices and techniques can be shared between religions, to varying degrees of success. Monotheism and polytheism, or Christianity and Paganism, have fundamentally differing foundational assumptions and can’t be combined with any degree of authenticity. Yes, you can do it. Yes, some people do. But what they end up with is neither Christian nor Pagan nor ultimately satisfying.

Pick one. Or the other. Don’t try to sit on the fence – you’ll only hurt yourself when you fall off. 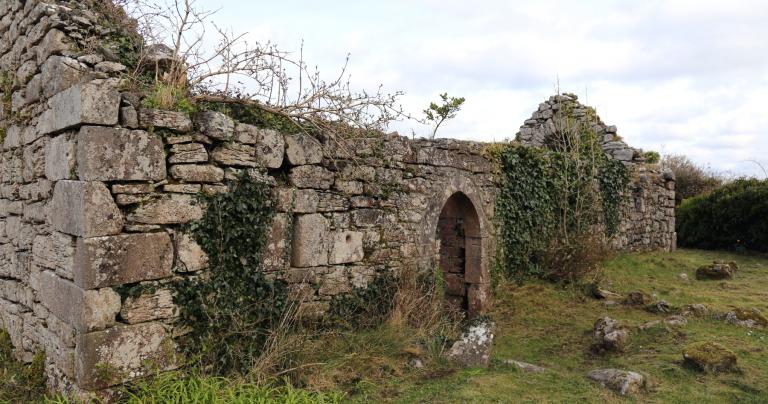 How can I better integrate Druidry and its associated meditation and worship into my life in a way that lets me practice very often and consistently? How might I derive more solace and equanimity from faith to help me deal with harsh periods of stress (mostly due to day job that I hate)? Or other stresses, such as breakups, death of loved ones, and loneliness??

There is only one answer: practice. Pray, meditate, make offerings, read and study, spend time in Nature. Every day, every week, every month. Year after year. After a while, it stops being “spiritual practice” and simply becomes “what I do.” Though if you do it right, it never becomes ordinary.

I pray four times each day: upon rising, before lunch, before dinner, and before bed – I’ve been doing that for eight years. I have four sets of weekly offerings – the oldest has been going on for four years. My outdoor morning walks (three or four days most weeks) are a time for communion with Nature and a time of meditation – I’ve been doing that for over 20 years.

It takes about three weeks of daily practice for something to stick, perhaps three months if you’re doing it weekly. The improvements come so gradually you never notice them, until you look back and see how far you’ve come (which is why I recommend journaling as a spiritual practice).

Remember the two pernicious lies of religion: if you follow the right religion in the right way then nothing bad will ever happen to you, and even if bad things do happen they won’t really matter because you’ll transcend it all. These are lies in any religion. For all my spiritual practice, I’m having a rather difficult time right now, due to a combination of paying work, health issues, and the general environment. But at least my practice helps me develop good coping skills.

As for a day job you hate, if it’s that bad, find another one. I know it’s not that simple. You may need more training or education. You may have to move. You may have to take a step back and hope you can make it up later. Magic can help – see the first question on this post. But if you don’t start, you’ll never get out.

Or, compartmentalize your life and accept that this is what you have to do in order to live the way you want to live. Engross yourself in spiritual studies and other pleasant activities when you’re away from work so you don’t think about it. But if you’re miserable, do something to make it better. 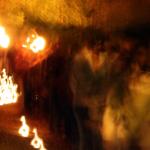 January 17, 2019
Dealing With Toxic People in the Pagan Community
Next Post 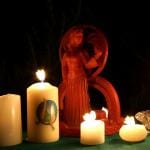 January 22, 2019 8 Things to do for Imbolc as a Solitary Pagan
Recent Comments
0 | Leave a Comment
Browse Our Archives
Follow Us!