“So, what do you want to do for Beltane?”

As much as we Pagans love the eight holy days on the Wheel of the Year, it can be hard to come up with a suitable way to celebrate. This is especially true for solitary Pagans. Not only do celebrations tend to be better with a group, there are some things that require a group – you can’t do a Maypole dance by yourself.

Still, many Pagans are solitary, either by choice or by circumstance. So in 2014 and 2015 I created a series of solitary rituals for the Wheel of the Year. In 2018 and 2019 I compiled a series of “8 Things To Do” posts. Here are the Beltane editions of both.

While I performed all the rituals before I posted them and I’ve done most of the things I suggested in the “8 Things To Do” series, I haven’t been a solitary Pagan for a long time. And since most of my writing and teaching is less about “you should do this” and more about “this is what works for me” it seems appropriate to talk about what I’ve done to celebrate Beltane, and what I’m doing going forward.

Beltane BC (Before CUUPS)

I discovered Paganism in 1993, so I suppose I could call this post “26 Years of Beltane.” But I don’t have a lot to talk about from the first ten years. I was dabbling, afraid to fully commit to this path – mainly I had religious issues I hadn’t dealt with yet. There were times when I’d forget all about a high day until a week or so after it had passed.

Not Beltane. I always knew when Beltane was. Beltane was the sexy Pagan holiday – and I was a solitary Pagan. Yes, I was married, but my wife isn’t Pagan and having sex on May 1 isn’t the same thing as celebrating Beltane. It brought back unpleasant memories of being single in my 20s.

Of course, I was in a committed monogamous relationship and I took that commitment seriously. I still do. I’m not sure what I expected Beltane should be, or what I would have done if I had a chance. I just knew there was sexy stuff going on and I was missing out.

Or so I thought.

I visited Denton CUUPS for the first time at Imbolc 2003. By Ostara I formally joined the group. The next holiday was Beltane, and it was on the calendar as a closed ritual.

I still didn’t know the group very well. Beltane? Closed ritual? What were they going to do that they couldn’t do in public?

As it turned out, nothing. It was held indoors, in someone’s apartment. I think there were a total of five people present. The ritual was… let’s just say it was short and simple. It wasn’t sexy, it wasn’t scary, and it wasn’t deep. Beltane 2003 may have been the biggest disappointment of my entire Pagan life.

But I learned a few things that Beltane. I learned that when some people say they want a “closed” ritual, what they mean is “I don’t want to have to deal with people I don’t know” and not “I want to do something not suitable for a public circle.” I learned that some people will put the necessary time and effort into creating a deep and meaningful ritual and some won’t.

And I learned that if I wanted Beltane done the way I wanted I was going to have to do it myself.

But that would have to wait a year – someone else led Beltane 2004. It was more celebration than ritual, but it was quite good. It was also quite cold, and we were outdoors. I wore running tights and a turtleneck underneath my Druid robe. The “fairies” wearing belly dance costumes weren’t so fortunate.

In 2005 I finally got my chance to do Beltane my way. I knew I couldn’t make a UU Pagan ritual sexy, but I could make it a celebration of Spring – and that seemed more appropriate anyway.

I still have the script. It’s a mixture of serious and silly: invocations and offerings, a champion leaping the bonfire, and a cartoonish mock battle between the Queen of Winter and the Queen of Summer. I wouldn’t do this ritual again (it’s very duotheist) but it worked quite well at the time.

This was also the first time Denton CUUPS had a Maypole dance. One of our members (who left us long ago) made a pole from PVC pipe. That’s not exactly traditional, but it’s lightweight (two people can put it up and one can take it down) and it’s durable – we’re still using it 14 years later.

By 2013 a certain Irish Battle Goddess was speaking rather loudly – and I was listening. When I said I wanted Beltane to be dedicated to the Morrigan a couple people said we should wait and do that at Samhain. They were outvoted.

We presented the story of the Morrigan and the Dagda meeting at the River Unshin (of course, their coupling was implied and not demonstrated) and the story of the Morrigan and Cú Chulainn. I gave that ritual its own blog post. While I got some criticism saying I misinterpreted Cú Chulainn, I still insist that these two stories taken together demonstrate that when a Goddess offers Her help, we should say yes.

In 2014 we presented the Four Hallows of the Tuatha De Danann. In 2015 we performed a working to protect our local land from fracking and other desecration – that got worse before it got better, but it did get better. In 2016 we invited the Fair Folk to join us. They decided we hadn’t been sufficiently hospitable and literally split a pitcher of wine, spilling it all over the table. Since then we’ve been careful to invite them specifically and not try to lump them in with the Land Spirits.

Beltane 2017 was an update of our Cernunnos Ritual. He told me what He wanted that February, while I was standing alone under a full moon at the ADF Texas Imbolc Retreat. We included a call and response to address the fear and uneasiness many people were feeling in the early days of the current Presidential administration. And then the drums started.

The Cernunnos Ritual – in its various forms – is the closest I’ve ever come to what I really wanted back in my early days of Beltane. It’s not sexual, but it is very primal. Processions, drumming, dancing, and offerings to the fire. He was there, with me, and I was barely able to keep one foot in this world.

I haven’t felt like I was missing out on anything in a very long time.

The Future of Beltane

I don’t lead Beltane every year, although sometimes it seems that way. I am leading it again this year. We’ll begin with a Maypole dance, because that’s what we do, and because it’s fun. Then we’ll process into our Pantheon, where we’re going to present all the Gods and Goddesses who we follow as individuals and as a group. The list is up to 24 deities, and that’s just the ones we have statues for. If you’re in the area come out and be a part of it.

I have no plans for future Beltanes – I pretty much work on a year-to-year basis now. If Someone tells me They want me to lead a certain ritual in a certain way (and assuming the rest of the group agrees) I’ll do it. Otherwise I’ll show up and participate in a ritual someone else leads. I never get tired of leading rituals, but I’m always happy to let someone else have a turn at it too.

May your Beltane be deep and powerful, whether your celebration is solitary or with a group. 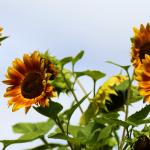 April 16, 2019
The Battle of the Queens – A Bit of Beltane Frivolity
Next Post 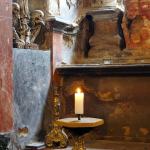 April 23, 2019 Memento Mori: The Bone Church of Kutna Hora
Recent Comments
0 | Leave a Comment
"Maybe with the right theme music, we could be "The Spirituality With No Name.""
Pitch313 Why I Still Call Myself Pagan
"As problematic as Disney can sometimes be, Frozen 2 had a saying that I just ..."
Zzyzx Tell Me What To Do
"Not that you asked ME, Dan--LOL--but, fwiw, the word "worship" sticks in my craw, and ..."
Laurie The Gods And Nature
"IMHO: Pagan/Paganism/Paganry has become like "Christianity"— not the fear-based religion of control, but a sort ..."
Kyllein MacKellerann Why I Still Call Myself Pagan
Browse Our Archives
Related posts from John Beckett