The Future Will Not Be Easy But It Can Be Beautiful

Last Saturday I hosted a symposium at my house. This is a long, leisurely dinner with lots of food, lots of wine, and lots of conversation. It’s modeled after the symposiums (symposia?) of the ancient Greeks… except we don’t limit participation to men and we don’t water down our wine (we do provide water to go along with the wine – the goal is to taste a lot of wines, not to get drunk). If you’ve never participated in one, I suggest you do. They’re a lot of fun, and they’re a great way to really get to know your friends.

The symposium was scheduled to start at 6:00. At 3:30 the power went out, and with it, the air conditioning.

The power company estimated restoration at 6:00, so we decided to proceed as planned. Everyone was bringing a dish they had prepared at home and I was cooking mine on the gas grill, so the food was fine. The house is well-insulated and a storm was moving through, cooling the outside air – we guessed we would be done before it got uncomfortably hot, even if the power didn’t come back. So we lit a few candles and began the symposium.

In a symposium (or at least, in the ones we hold) any question is fair game. Someone asked what everyone wanted for their funeral (as a way of encouraging us to think about these things ahead of time). I asked for everyone’s definition of magic. Toward the end of the evening, someone asked us to name a song that always inspires or moves us.

And all of that is the prelude to what I want to write about today.

I can’t sing and I can’t play an instrument, but I love music. I like to think I have a good ear for it and especially for picking music to accompany a ritual, but that’s for someone else to decide. What I know is for as far back as I can remember, music has helped me get through difficult times. Rousing anthems make me feel strong even when I’m not. Songs of rebellion and defiance remind me that I have every right to live my life the way I see fit, not according to anyone else’s dictates. Classical music makes me feel like I own a castle, even when I was listening to it in my tiny bedroom in my parents’ house.

It doesn’t matter if the songs are cheesy, if I’m taking them out of context, or if they’re sung by someone  who’s done bad things. If the music moves me I’ll listen over and over again. I’m not going to dance (my dancing is even worse than my singing) but I am going to let the music wash over me, seep into my body, and find that empty spot in my soul.

But what happens when you put dark music in an already-dark spot?

I’ve never been comfortable calling myself a goth. I’ve always had a fondness (some would say an obsession) for classic horror books and movies, especially if they include vampires. I preferred to wear black as far back as kindergarten. But so much of goth culture is centered around elaborate fashion and makeup. I don’t like calling attention to myself like that. I only started wearing Doc Martens a few years ago, because I’m getting old and they’re very supportive when I’m on my feet for long periods of time.

Plus I’m kinda lazy when it comes to clothes. And did I mention Texas summers? The summers in Tennessee where I grew up aren’t much better. Neither are conducive to wearing clothes designed for Europe during the last years of the Little Ice Age.

My tastes in goth music are somewhat narrow. Also, I’m not interested in debating the boundaries of post-punk, deathrock, goth rock, new wave, darkwave, and all the other related sub-genres. I like what I like, and if you like something else, that’s fine.

I like Siouxsie and the Banshees. Along with every other goth in the world I adore “Bela Lugosi’s Dead,” but most of Bauhaus is too harsh for my tastes. I like much of Joy Division, though I like New Order better even though they aren’t goth by anybody’s standards. I’m not stuck in the 80s – I love The Eden House, especially the songs with Monica Richards on vocals. But my absolute favorite, first and last and always, is The Sisters of Mercy.

I will not dissect or defend their music here. Much of it sounds rather dated, especially the songs that feature a saxophone. Their videos are way over the top… though if I ever get to go to Petra, I’m packing a white suit. While some of the lyrics are brilliant, others are… not. 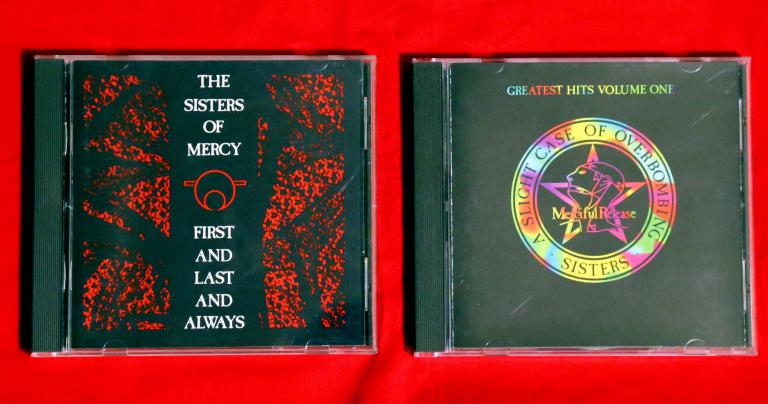 When my friend asked for a song that always inspires or moves me, I didn’t have to think. When my turn to answer came, I said “This Corrosion” by The Sisters of Mercy.

Over the past 30 years, it’s been the song I play when it’s been a horrible day at work, when stress gets too high, when pretending to be a productive member of mainstream society is just too much. I’ve shared it to Facebook a time or two, but I’ve stopped doing it because most people don’t know what to make if it, or of me when I play it. The Sisters of Mercy is my private indulgence.

But here’s the thing: it doesn’t make me feel better. It doesn’t give me strength to keep up with the mainstream masquerade. It doesn’t inspire me to find new and imaginative ways to be a pirate. It doesn’t even remind me that my true calling is to be a Druid and a priest and the mainstream stuff doesn’t really matter.

It just pours dark music into an already-dark spot.

And I love it anyway.

There near the end of the symposium I think I had just the right amount of wine to finally make the connection. Goth music and culture in general, The Sisters of Mercy in particular, and “This Corrosion” especially – they don’t make things better. They don’t tell you things are going to get better. They’re honest – they admit things are bad and they’re going to stay bad for a long time.

And luxuriating in beauty always makes things better, even if only for a short while. 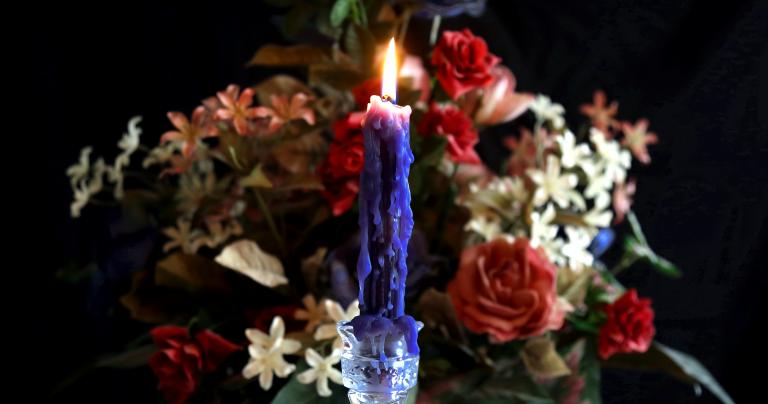 The electricity came back on about 7:30. We turned the lights on, but we left the candles burning. It never got terribly hot in the house, and I slept comfortably cool after everyone went home.

And none of that is the point of this post. This was a minor, very short-term inconvenience.

Our world is changing. The climate is changing. The political environment is changing. Perhaps most importantly, the metaphysics of our world are changing. Most of those changes are not for the better, they are not short-term, and they will be – and in some cases already are – far more than inconveniences.

I don’t give up easily – I believe perseverance is one of the greatest and most beneficial virtues. But I also realize that the shape of the future is largely out of my control.

It’s not going to be easy. We can’t make it easy.

But we can make it beautiful.

I know that for most of you, the goth aesthetic isn’t what you consider beautiful. That’s fine – it’s not supposed to be for everyone, and I’m certainly not proposing to build The Dystopia According to Andrew Eldritch. But we can find beauty in many places, in many forms, in many ways.

Complain about what cannot be changed and many people will tell you “suck it up” “grin and bear it” or “shut up and deal with it.”

There are empty and hurting places in our lives and they aren’t going to go away. Let’s fill them with beauty, whether your beauty takes the form of rainbows and sunshine, or guitars and synthesizers and black leather. 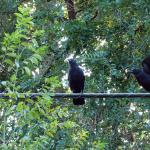 July 9, 2019
Do First, Then Write – Why My Compulsive Schedule-Keeping Has To Go
Next Post 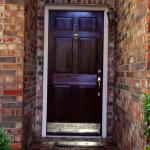 July 14, 2019 Dealing With Door Knockers: A Pagan Guide to Engaging With Proselytizers (Or Not)
Recent Comments
0 | Leave a Comment
"Coming in very late as this post seems to be doing the rounds again. My ..."
Kris Hughes Which God are White Christian Nationalists ..."
"For me, "Forgiveness" equates to: "I am not angry since you have shown me a ..."
Kyllein MacKellerann 8 Pieces of Bad Advice
"Excellent advice. Altho' the bit about "Do what you enjoy doing and you'll never work ..."
Kyllein MacKellerann 8 Pieces of Bad Advice
"The worst justification for apallingly bad advice of many sorts that I was told again ..."
Pitch313 8 Pieces of Bad Advice
Browse Our Archives
Related posts from John Beckett