The Brazen Vessel – A Book Review

Imagine going to a conference in your profession, only to discover that it’s being conducted in a different language. No problem, you think – you studied that language in school and you were really good with it. Except you studied Latin American Spanish and this is the Spanish of Spain. In fact, the more you listen, the more you think it might be Portuguese. But it’s a really good conference and you get a lot out of it, even though you have to keep looking up stuff on your phone and you’re not sure how you’re going to incorporate it into your work when you get home.

This is how I feel when I, a Pagan polytheist, read the writings of Alkistis Dimech and Peter Grey, witches and occultists and proprietors of independent publishing house Scarlet Imprint. We’re all part of the Big Tent of Paganism, but I’m reimagining polytheism for the 21st century West. They’re operating in what Gordon White calls a “medieval Catholic worldview,” albeit informed by modern scholarship and textual analysis, and reinterpreted for Tower Time. The context of their work may be Christian, but it’s nothing like the low church Protestantism I grew up with. Thus the “language barrier.” 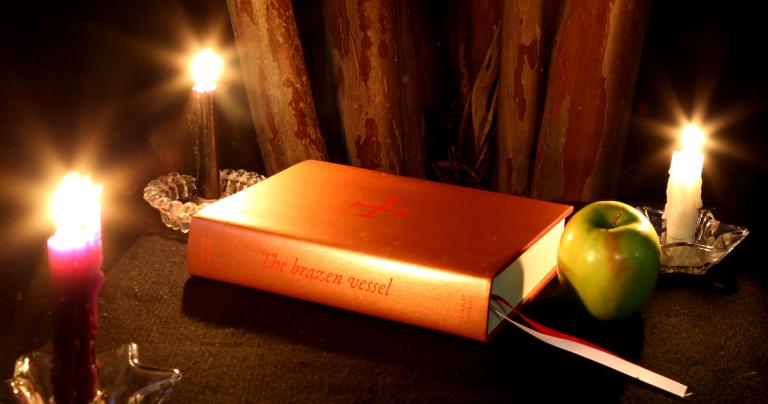 And this brings us to Alkistis and Peter’s new book The Brazen Vessel. It’s a collection of their writings from 2008 through 2018. Some were previously published, some were presented at conferences, and some were never published anywhere. Beyond that I’m not quite sure how to describe it, so I’ll quote this from the Scarlet Imprint website:

Taken as a whole, their work proposes unorthodox and undogmatic understandings of Lucifer and Babalon, as demonised divine figures, as the sources of transmission of the western traditions of magic and witchcraft. A shared love of poetry and the magical power of the word is evident in their distinctive voices. Both have given primacy to the living body in their practice, through dance, performance, ritual and rites of devotion and ordeal. Both situate their magical work within the wider ecological and political environment.

The Brazen Vessel may be in a different “language” from my own practice, but I found it engaging and inspiring. And perhaps, informative in a way that’s uniquely helpful to me.

For a book that frequently discusses the “witchcraft of the body” it seems appropriate to begin a review with a discussion of the physical book.

The Brazen Vessel is 448 pages long. It’s available in a goatskin bound “fine edition” for £265 ($326 at current exchange rates), a “standard hardback” for £55 ($68), a trade paperback for £27 ($34), or a Kindle e-book ($9.99). It has numerous photos and other illustrations, end notes and a bibliography, and a timeline listing where and when each of the chapters was written and presented.

I have the hardback. In a word, it’s beautiful. The binding is red linen, the paper is possibly the heaviest I’ve ever seen in a modern book, and the typeface creates a sense of reading something very old, while still being easy enough to read, at least for me. It includes two silk ribbons for placeholders. Centuries from now this book will still be in excellent shape, long after most of its contemporaries have deteriorated to pulp.

It seems almost sacrilegious to mark it with a highlighter. But a book like this is no light reading. It requires the reader to engage with it, to read key sections multiple times, and to meditate and contemplate the words and the ideas they express.

Though the Scarlets (to borrow another of Gordon White’s terms) have always presented themselves as a team, Peter Grey has by far been the more prolific writer and thus has received more attention. The Brazen Vessel makes a conscious attempt to remedy this by presenting more of the work of Alkistis Dimech.

Alkistis’ primary art form is dance, and it is very difficult to translate dance to the written word. Further, I have no experience with dance and I’m completely unqualified to critique Alkistis’ stories of the Sabbat Dance. But ecstatic devotion? That I understand.

The Enlightenment has obscured the dark wisdom of the body, yet the mythic transcends reason, it transcends the dichotomy of finite and infinite, of mortal and immortal … To know cannot be grasped by the mind alone, knowledge is embodied. In possession, we incarnate the paradox of a finite being experiencing infinite being: the mystery in flesh.

The most intense and meaningful religious experiences I’ve had involved “a finite being experiencing infinite being.” We cannot command such experiences, but we can facilitate them – and dance is one of the more effective ways of doing that.

Between the words and pictures, even I can see that something magical, something sacred is going on. And I’m reminded that good religion isn’t something we think, it’s something we do and feel.

The witchcraft of Dimech and Grey is not Wicca or any of its relatives.

Our creed has never been “an’ it harm none” but non serviam.

They explain it thusly:

In the West we are culturally Christian. The book which has formed and transformed our spirituality, our institutions, our laws, our art, our ideas of witchcraft is the Bible. Therefore our witchcraft must also relate to this set of cultural stories, or it is meaningless. We cannot cherry pick pagan pasts and in doing so, neglect the serpent and the apple.

Witchcraft is the unauthorized use of magic. It’s transgressive or it isn’t witchcraft – it’s religion or magic or self-development or a fashion statement. And in a society that is still culturally Christian even if it’s practically atheist in many ways, there is no greater transgression than identifying with “the adversary.”

(Given that according to Christian mythology it was Lucifer who gave humans the knowledge of good and evil, whether he is an adversary or an ally is fair question – but a question for another time. And likely, for another blog.)

But based on the responses I get when I tell people I worship multiple Gods, I can assure you that polytheism is also a transgression in this society. And it has the advantage of not just inverting the dominant paradigm, but of wiping clean 1600 years of religious imperialism. Or at least, of beginning that cleansing process.

Still, we cannot pretend those 1600 years of Christian domination never happened. And we can reject the mythology of the Fall (of humans and of angels) without denying the reality of the persons Christianity labels fallen angels. The myths and methods for working with them described in The Brazen Vessel can be adapted to a pre-Abrahamic worldview.

Or they can be used as is. 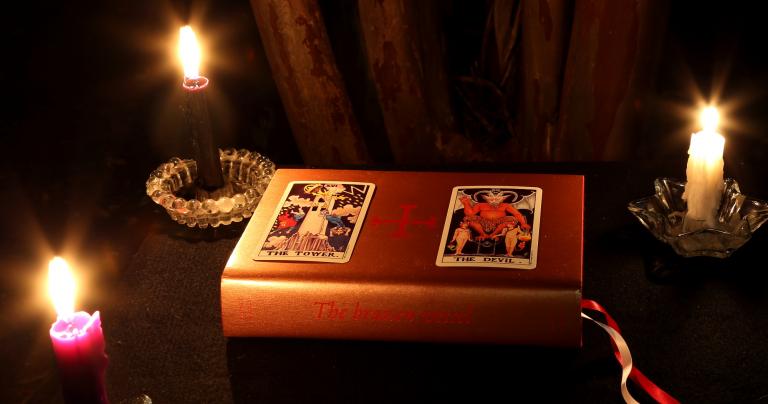 If the diabolical aspects of The Brazen Vessel are a language foreign to me, the animistic aspects are my native tongue. Three quotes stand out as especially relevant.

We do not have a special position of manifest destiny, or a god given right to despoil these finite resources as the Abrahamic religions of the book have insisted.

The attitude of dominion has brought us pollution, habitat destruction, extinctions, and climate change. Collectively, we refuse to address climate change because it would reduce the profits of those who are already obscenely wealthy. We have a spiritual need and an ethical mandate to not exploit the land, but to form relationships with the land.

We owe our allegiance to the wild spirits in order to restore the balance of life, rather than advocating solely on behalf of mankind. Witchcraft is profoundly animist in outlook and practice.

Christian mythology says we were placed on the land. Science says we grew out of the land. We are one species among many, not the only species “made in the image of God.” The other species are persons as much as we are, with the inherent respect due persons – not things.

Ecology is not steady state, it is bloody but also bounteous.

This is my biggest complaint with people I’ll call “casual environmentalists.” They speak as though our goal should be to create some state of “balance” where nothing ever changes… and nothing bad (i.e. – unfavorable to humans) ever happens.

Nature is not a pristine museum. Nature is alive. It gives life and it takes life. It creates and it destroys.

Nature is beautiful and terrible, and Nature is holy.

My own Lectio Divina

Sometimes Peter Grey reminds me of OBOD founder Ross Nichols – he switches back and forth between the historical, the metaphorical, and the metaphysical and you’re never quite sure how any particular paragraph is supposed to be read. This is my biggest “language barrier” with The Brazen Vessel. But there are clues that even I can pick up:

And with that guide to translation:

Angels [are] the archons of nations … these archonic nation state angels are what Dee and Kelley plot somewhat erratically (and plot with) in the game of empire. Thus in the demons we find the survivors, refugees and an ancient layer of spirits; strong spirits, but not the unmitigated evil one might expect.

The divine and not-quite-divine persons I work with and for are not demons. But these “archonic nation state angels” are. They are all playing a Grand Game and I’m playing too… because at least for me, not playing is more dangerous than playing.

And now I think I know. The next few weeks will show whether I’m right or wrong.

If none of that makes sense to you, don’t worry. This is my Lectio Divina, not yours.

Just know that the meaning in these words made The Brazen Vessel worth every dollar it took to buy and every hour it took to read. 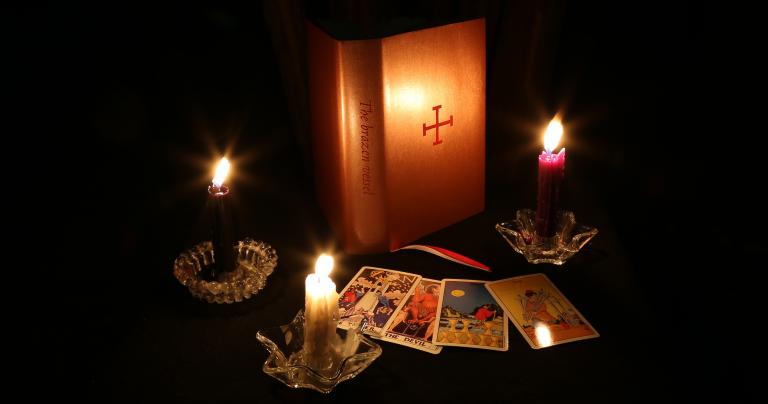 Who should read The Brazen Vessel?

You will not agree with all of it. Then again, if you need to agree with all of something in order to find it meaningful and helpful, you’re not ready for The Brazen Vessel… or any of the writings of Alkistis Dimech and Peter Grey.

If you want your Paganism to be bright and clean and happy, save your money. This book isn’t for you.

If you understand that Nature has teeth, you may find it helpful.

Because you have teeth too.

For those who care about such things, I bought my copy of The Brazen Vessel. But I don’t review books differently based on how I get them. My obligation in a review is to you, the reader, not to the author or publisher. This is my honest opinion of this book. 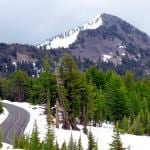 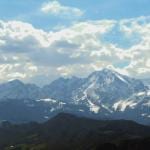